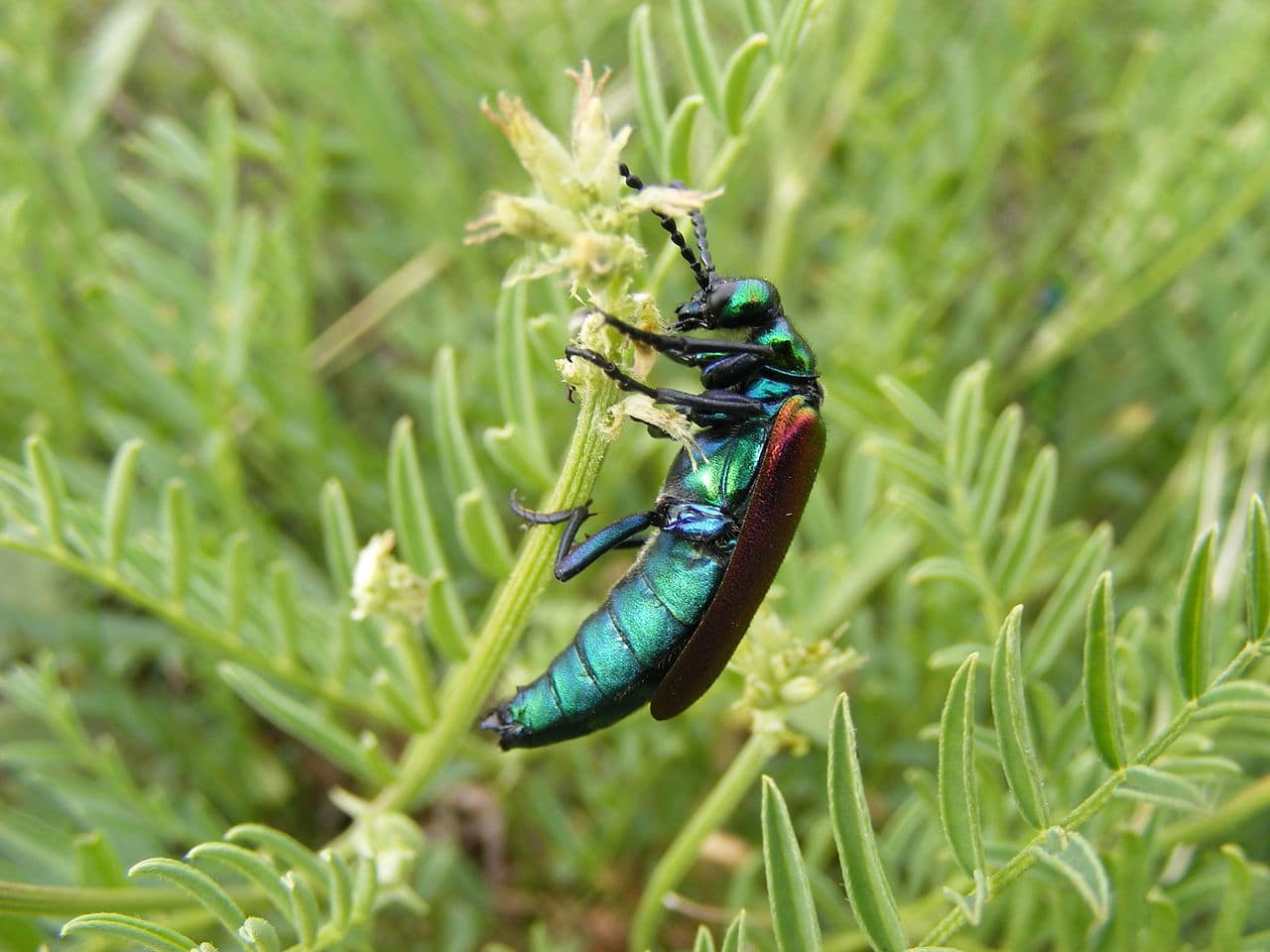 What Do Beetles Eat

Beetles are a group of flying insects that belong to the Coleoptera Order. The name “Coleoptera” is derived from a Greek word “Koleos” which means “sheath” and the word “pteron”, which means “wing”, thus it describes the insect as “sheathed wing”. It is because, most of the species have four wings, out of which, the front two wings known as “elytra” form a protective shell with its hardened and thickened structure to guard the hind wings and the abdomen. In this group, more than 400,000 species have been identified worldwide. But researchers believe that there are more species, yet to be identified.

With each different species of beetles, you will discover that their diet also varies. For example, some species of weevils feed on specific plants, some other feed on grains, and others on crops. Some specific species also feed on fungus and dead animals. It is an interesting topic, on which a lot of experiments and research have been done to discover the genuine facts.

What Do They Eat Besides being varied and abundant, beetles have the privilege to exploit a wide range of food found in their habitat. Some of the beetles are omnivorous, feeding on both plants and animals, while some species are very particular in their diet, feeding only on a single type of plant. Weevils are very specific regarding the host plant and the others like Rove or Ground beetles are true carnivores in nature, who catch and feed on many arthropods and small insects such as snails and earthworms. Most of the predatory species are found to be generalists, while there are few species that consider some preferences and requirements while selecting their prey.

Many species of beetles primarily feed on decomposed and decayed organic matters. This includes dung, dead animals in a decomposed state, and other debris of insects and animals. Some of the species are: This beetle species belonging to the Scarabaeidae family, mainly feed on dung and other waste of animals and insects. Carrion beetle on a branch eat up the remains of a snail shell.

This beetle from the Histeridae family mainly preys on dung, decomposed vegetation, carrion and decomposed larvae, pupae and insects.

There are many species of beetles that feed on leaves. These beetles are considered as pests, because they are very destructive in nature. They chew the leaves and create holes of minimum 1/8 inch diameter. Many holes in a leaf cause it to turn yellow or discolored. Such destroyed leaves die and fall off the tree. This beetle usually feeds on the tender buds and unfolded leaves of trees and plants. The larvae of this beetle survives by feeding on the leaves and gradually it skeletons most leaves of the plant. The Elm Leaf Beetle in its larvae, as well as in the adult form, mainly feeds on the elm plant”s emergent leaves. Though the continuous infestation by these beetles does not kill the plant, it can still weaken it by defoliating the leaves and branches.

Wood eating or wood boring beetles consist of many species and types that mainly feed and destroy the wood of the trees and plants. This beetle belongs to the Scolytidae family, and is referred as Bark Beetle due to its bark eating nature. This beetle mainly feeds on the wood and bark of various species of trees, like Spruce trees. Many other types of Bark beetles feed on dying or weakened spruce trees or dead branches, fir and hemlock. This beetle belongs to the Buprestidae family, and are commonly referred to as jewel beetles due to its iridescent and glossy colors. They are considered as pests because in the larvae stage, it bores through logs, roots, stems and leaves of different types of trees and plants. This beetle prefers dead or dying wood and branches on a healthy tree, and very few attack fresh green wood. Some are considered as serious pests that can kill the trees and plants.

Many beetle species can be called as predatory or carnivorous beetles. They brutally catch their prey, and feed on it. These beetles mainly feed on mites, aphids, small larvae, moth”s eggs, mealy bug and scale insects. This is a family of beetles, which include approximately 58,000 species. Their diet includes almost everything, except the higher plant”s living tissue. Most of the species, being a predatory in nature, feed on insects and different types of invertebrates found in forest litter of leaves and similar plant matter in decayed form. Ground beetles are a large group of cosmopolitan beetles belonging to the Carabidae family. This family includes around 40,000 species, which are mainly carnivorous. They feed on invertebrates and insects, which they can catch or overpower. The main insects and invertebrates on which they feed are millipedes, caterpillars, tussock moth and other small insects. This beetle in its larvae form mainly feeds on the larvae and eggs of other beetles, and moths, grasshoppers and insects. Adult Soldier beetles feed mainly on aphids and other types of soft-bodied insects.

Weevil is a type of beetle found in many forms. Each type of weevil feeds on different things, some on plants, some on grains and the others on crops. This beetle is considered as a serious pest by the cultivators of the cotton plant, as it destroys the plant”s boll by burrowing into the cotton. This type of beetle mainly feeds on crops like rice, wheat, corn, barley, oats, rye, sorghum and maize. They have the capability to completely destroy the yield and can also attack the stored groceries like flour, cereals and other meals. This weevil feed on pollen grains of the plants, and in the larvae form, mainly feed on the diseased or dying wood of the plant and trees. Weevils from the Attelabidae and Rhynchitidae family are commonly known as Leaf-Rolling Weevil, because the female beetle slits into the plant leaf to deposit eggs. The larvae stage of this beetle mainly feed on flower buds, terminal shoots, and fruits. This type of Weevil feeds mainly at night, and its main food constitutes the leaves of the plants. This beetle chews the outer border of the leaves, and lays noticeable imprints of infestation. Most commonly attacked trees are Rhododendron, Bergenia, Camellia and Euonymus. Many garden plants are also prone to damage caused by this leaf eating weevil.

Some types of beetle eats crustaceans. The species like diving beetles mainly eat tadpoles, while the whirligig beetles are known as scavengers. The other species known as crawling water beetles mainly eat algae and plants. Thus beetles of various types feed on different types and form of food depending on their habitat.