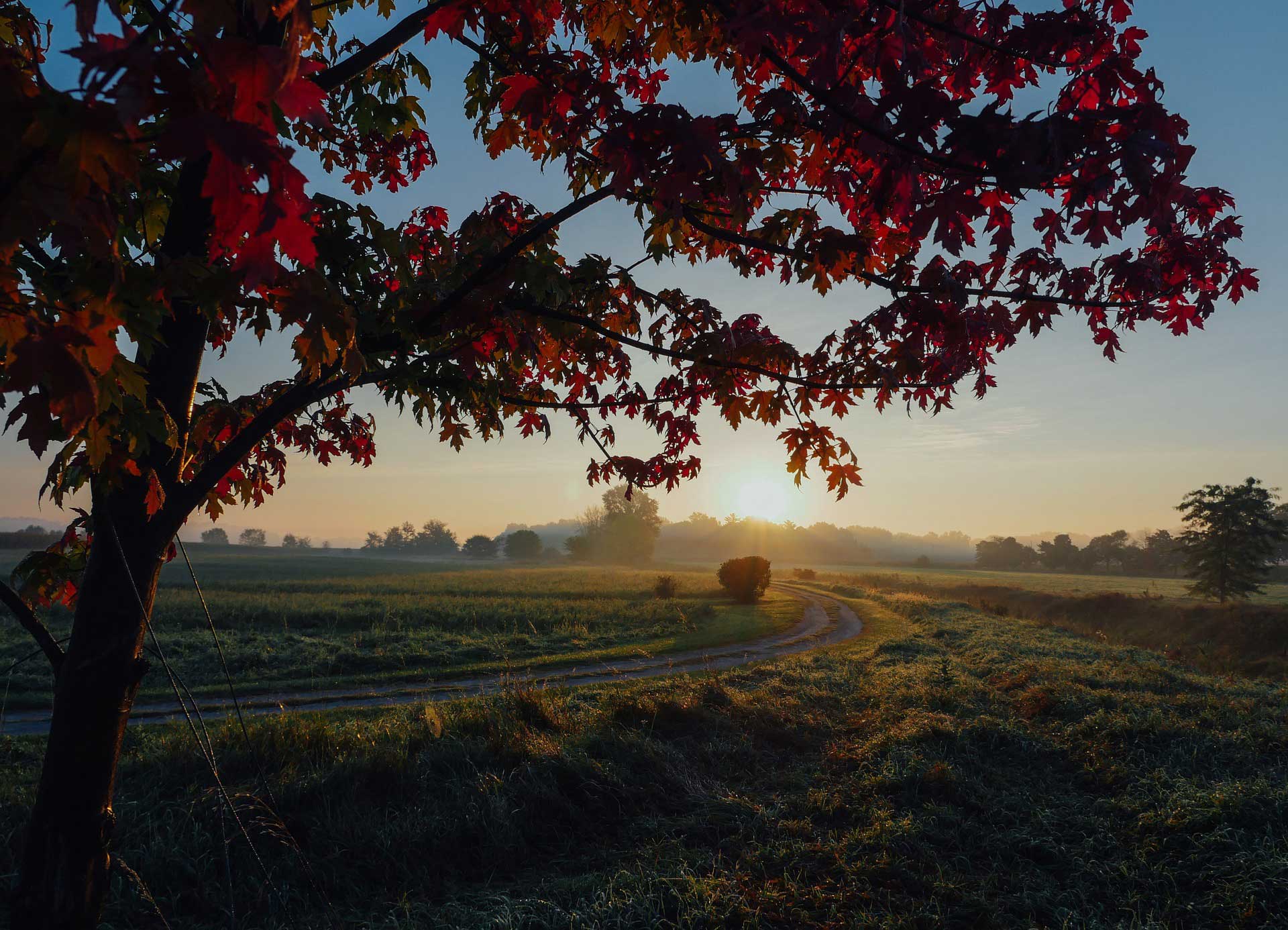 Maple is the common name of a genus of shrubs and trees referred to as Acer.. Among the maples itself, there is a classification of the family, which is known as the Aceraceae. Together with  Hippocastanceae, they belong to the family  Sapindaceae. There has been a change in the classifications done in the modern times. Now, the classifications include groups of the group Angiosperm phylogeny that are included in the  Sapindaceae. Many of the species of the genus are the sycamore maple or scientifically they are called the Acer Pseudoplantanus. To be more precise,  there are 128 species of maples that are available in the world. This calculation is approximate. The habitat of the maple tree is Asia, but they are also found in parts of Europe, North America and also parts of Northern Africa. The southern hemisphere also has a species of maple tree, but that variety is very poorly studied. As per the international union of conservation of nature 44 varieties of the maples are under threat of existence in many parts of their natural habitat. Some varieties are deciduous in nature, but on the contrary a few species from the Mediterranean and also from the south of the Asian region are always evergreen. The sugar maples are an exception, of the normal ones. Most maples are tolerant to the shades when they are young, and prefer to inhabit the river banks. The roots of the maples are very strong and they spread all over and overgrow all other plants that grow beneath them. A few varieties of maples produce root sprouts that can develop as clonal colonies (Wiki-“a group of genetically identical individuals, such as plants, fungi, or bacteria”). The maple tree grows as big as 45 m with a minimum of 10m. The shrubs of the Maples do not grow big. They are less than 10 m tall. They have small trunks that originate from the ground level.

The distinguishing feature of the maples is that their leaves are arranged in the opposite direction, a feature that makes them different from the others. In most of the species the leaves are in the form of palmate that are veined and lobed with  3 -9  veins in each leaf leading to a lobe with one of them is the center. Some of the species are different and display a pinnate veined,  pinnate compound, palmate compound or unlobed leaves.

We can see the flowers as regular, Pentamerous. They are borne on the racemes, umbels and also in the corymbs. The flowers have 4 to five petals in them and also 4 to 5 sepals attached to them. The petals are 1-6 mm long. The stamens are about 6-10 mm long and they come in the form of two pistils or some come with one single pistil in two styles. In this particular flower of the maple tree,  we can distinguish between the male and the female easily. The ovaries are superior and they have two carpel’s. The wings of the ovary elongate and thus we can make out the difference between male and female. The Maple flowers come in four colors. They come in green, yellow, orange and also red. There are different kinds of fruits that are distinguished as the Samaras, Helicopters, Whirlybirds, Maple Keys and the Polynoses. The seeds come with a small nut and they are attached to a wing that is flat and the tissues appear to be papery.

We can see about 148 varieties of the maples in the northern hemisphere and the sugar maple is one among them. Among the 148,  90 of them are the native to the US, and the rest was bought from outside. We can see the sugar maple from the Ontario west and in southeastern Manitoba. They are also found in the North American parts that extend from Nova Scotia to Quebec. They also spread to the south from the southern Missouri and in the east, you see them spread to Georgia. We can see the sugar maple in the New England and the Great lake states of the parts of Ohio and Pennsylvania and also in parts of New York. The elevation at which you find the maples in the New England is 2500 feet above. In the areas of the Great Lakes States,  the elevations are limited to 1600 feet. In the regions where the climates are warm and more hot the sugar maples grow at higher elevations with a lower limit of 3000 feet and  5500 feet on the upper limits.

The Sugar maple tree can live in a very wide variety of soils. If you are expecting a large productivity in fruits, the trees have to grow to the maximum for which the soil must be very accurate. The soil has to be deep, moist and well drained and the texture should be fine. In the northeastern part we can find such soils; they are common along the glacial tills and also the beaches. Swamps and dry soils do not favor the maple tree. Even sandy ridges and rocky sands that have a thin consistency, do not favor the maple tree. The pH that supports the maple sugar varies from 3.7 to 7.3. The 3.7 is acidic and the 7.3 is alkaline. But the sugar maples are found most commonly on the pH that is 5.5 to 7.3, which indicates that they need more of an alkaline than acidic soils. Maple trees that dominate a forest makes heavy litter. The maple leaves that decay has an adverse effect on the soil. When they decay or decompose this would affect the pH of the soil. The decaying leaves may make the trees as tall as 40 to 80 feet when the trees are 50 years old. There is a relationship between the height and the age of the tree.

Only if water is supplied correctly,  the plant can use the water in an efficient manner. You have several options for  watering that include drip irrigation, a soaker hose, or you can water the plant with a bucket of water that has a small hole at the bottom, or we can always use a normal hose that is the regular method. The hose releases water little by little and enough of water is being given to the plant that would be enough to soak the soil. Watering this way will avoid the soil from running away from the surface. The tree can be benefited most, if water is given even to the roots. The roots extend beyond the tree’s outmost tip of the branch,  so water should reach each and every tip of the root. Sprinkling of water through the process of irrigation can keep the foliage wet always and this process can encourage the fungus to grow and spread in the tree. If you keep the mulch for about 2 to 3 inches above the root or place dried leaves or some clips of wood, it would help to retain some water in the roots and this will help regulate the soil temperature and also help to suppress the weeds. You should not place them directly in contact with the tree trunk. The larvae of the pests of the Lepidoptera order survive on the leaves of the maple leaves. The maples are also attacked by the aphids that feed on the sap of the tree. A dimethoate spray will find a solution for this issue. In horticulture the use of this spray will help the tree from pests. The Asian long horned beetle usually attacks the maple tree in parts of Canada and the United States. Thousands of maple trees and also other trees were destroyed due to infestation, especially in parts of Illinois. The fungus has killed a lot of maples in Massachusetts, New York and in parts of New Jersey. Several of them belong to the Verticillium type and they have caused a lot of mortality in local areas. The other disease that harms the maple tree is the Sooty Bark Disease, which is caused by the Cryptostrima species that affects trees that are stressed and drought ridden.. Root decay may be the least reason for the trees to decay. During the summer and the autumn season the maples leaves form tar spots, and these do not have any long term issues on the health of the maple tree.

There are nearly 125 species of maples and about 95 subspecies. The identification of the maple can be a  tricky task, but it is not as difficult as you may think. A few of their features will give you an idea about how to recognize the maple tree. Only 13 of the many species are available in the North America. There are many species of maple available in the world. Some maples are grown to bear flowers and some for fruits and some are ornamentals. The Japanese maple is ornamental, Though they are non native they are cultivated. Some dizzying varieties are found in the local nurseries; a few come from a few basic stock species. The varieties that we find in the local markets are the Sugar Maple, Red Maple, Silver Maple, Norway Maple, Japanese Maple Silver Maple, And Paper Bark Maple. These Species are well known for their autumn foliage. The color of the leaves varies from year to year. External factors also have a great influence on the growth of the tree; factors like sun, soil, etc., have a good impact on the tree.

If you are expecting a good deal of maple syrup, then the weather is an important factor. Early spring and the late winters are the times when tapping usually occurs. In the region of Wisconsin,  March is the best time for tapping the sugar maple. This is the time when the syrup turns to be really sweet. You would need to boil about 40 liters of sap to generate one liter of Maple Syrup.

Maples are considered excellent for the bonsai art of dwarfing the trees. Though you can apply this to most varieties of maples, the popular ones for bonsai are Acer palmatum or Japanese Maples, A. Ginnala or the Amur  Maple, A. Buergerianum or the Trident Maple, A. Campestre or the Field Maple and A. Monspessulanum or the Montpellier maple. The bright and beautiful foliage of the Maple tree, especially in autumn invokes the  traditional tree watching the ceremonies like in Japan, where the custom is called “momijigari”.

The dried wood of the maple tree is a great source for smoking food. The Lincoln County Process uses maple wood as an integral medium in making the famous Tennessee Whisky.

Timber from the larger species of the maples like sugar maples (North America) and Europes  Sycamore maples make for excellent timber. The hard wood of the Sugar Maples  is used to make bowling alley lanes and  bowling pins, baseball bats, butcher blocks and cue shafts.

Maple, as a tonewood, is used in several percussion instruments. The neck, back and sides of   violins, cellos, double basses and violas, as well as electric guitar necks, use the maple tonewood wood for its properties of carrying sound waves well.

In early spring, the flowers of the Maple bloom much earlier than many other species and provide a major source of pollen that help the honeybees to survive.

The fibers of the wood of maple trees have thick walls that do not collapse easily. This property makes maple wood   a good source for pulpwood, that can deliver a a good bulk in paper production. The paper from maple wood has good opacity and printable features.