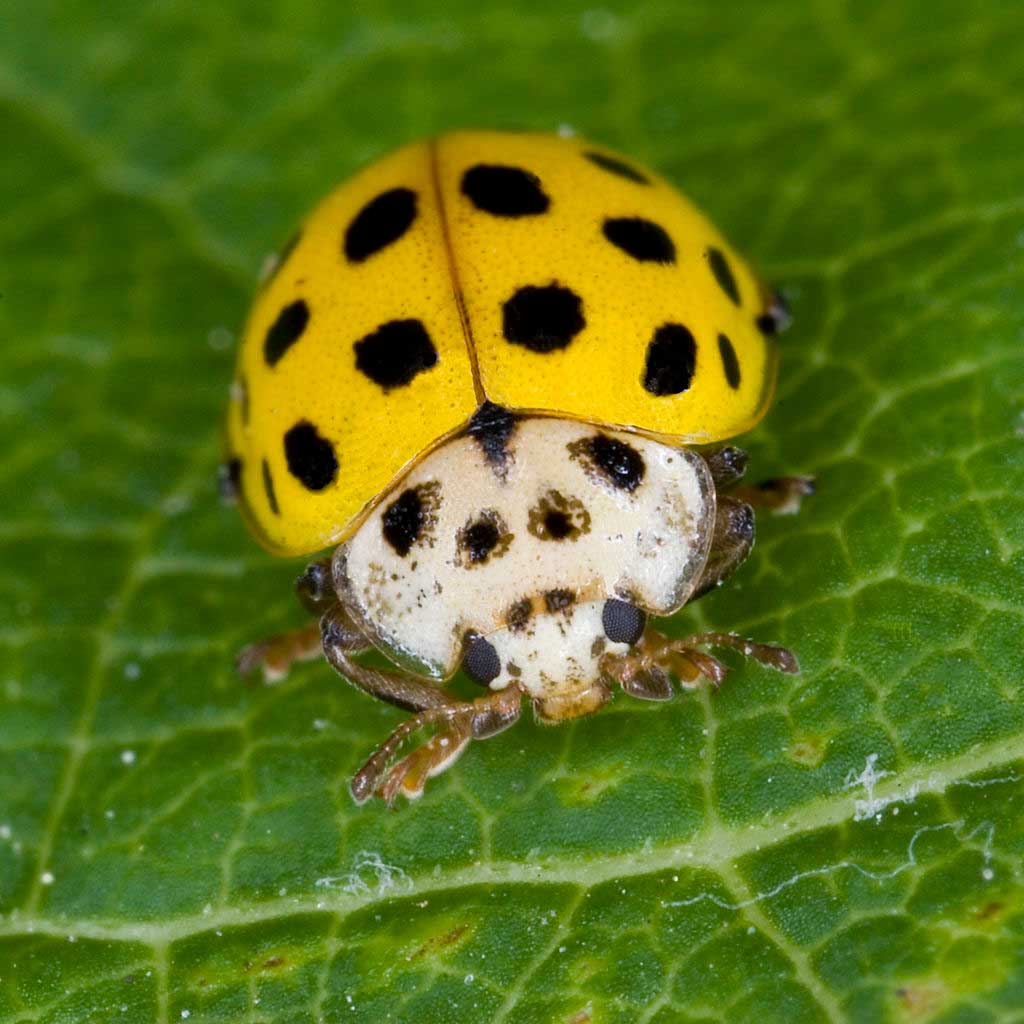 The Ladybird or Lady Bug is a tiny colored beetle; they are seen throughout the world. It is understood that there are over 5000 numbers of Ladybirds in various types in the universe, and over 450 varieties seen only in North America

In US they call ladybirds as Lady Bugs. In Europe they are called by the name Lady beetles. They are also called, in the United Kingdom by the regional names like May-Bug, Lady-Cows, Golden-Bugs, Golden-Knop. There are also differences between Bishop-Barnaby (Norfolk Dialect) – Burnabee, Barnabee, Bishy Barnabee and Bishop-that-Burneth.
According to the universal myth, the age of the Ladybird is indicated by the number of spots on its back.

The world over, there is a false notion that you are unlucky if you kill a Ladybird and also a ladybird brings good fortune if you are in its vicinity.

The Ladybird is famous for the spots on its body, which are normally black and red; however, frequently, they are seen in yellow and orange colors. They are also known for eradicating the garden pests very smartly. There is a belief that you are lucky if a Ladybird lands on you, and all they say that you become very unlucky if you happen to smash it!
The yellow ladybirds are tiny creatures, which hardly grow to over one cm. Long. The legs of the Ladybird are long and black in color. Their shell is colored with bright colors, which give protection to their wings, hidden underneath the spots.

The Ladybirds lay their eggs in tiny clusters, mostly adhering to leaves. After a week, the eggs hatch. The six legged wingless larvae is quite mobile, the larvae are black in color having tiny white or orange markings. Prior to pupating, the larvae molts thrice. The larvae are attached to stems, leaves or rocks. They are black and orange in color. The freshly emerged adult is yellow, prior to the hardening of its wings

The yellow Ladybirds hibernate as soon as the warm summer climate starts to cool. The Ladybird hibernates in big clusters, in locations they use every year. It is also learnt that they hibernate in this collective fashion, so as to enhance their opportunity of surviving throughout the cold winter. The belief is that the Ladybird releases pheromones while hibernating; this attracts the other ladybirds to hibernate in the same location.

Yellow ladybirds are frightening predators inside their territory; they are called gardener”s friends, because they chew every tiny pest which eats the plants. The main food of the Ladybirds is greenfly, aphids, plant-lice and several tiny insects. It is learnt that the standard ladybird eats over 5.000 aphids in just a year.

A great many animals and birds prey on the Ladybirds in their vicinity. They are reptiles, birds, small mammals, amphibians, other insects and rodents. People believe that the starving predators get frightened by the bright colors of the Ladybird; they have a feeling that it is venomous and has a repulsive taste.

Yearly the yellow female Ladybird is able to lay over 2,000 eggs, which hatch in a few days time. The larvae of the Ladybird hatched from the eggs, do not resemble the adult Ladybird in any way, since the larvae normally have a single color and it is long. The following two weeks, the larvae of the Ladybird develop into a Ladybird pupa, of almost the same color and shape as that of the adult Ladybird, the only difference being the protective covering until its wings are developed. After developing, it emerges out of the skin around it to evolve into an adult Ladybird.

Habitat loss and changes in climatic conditions, leads to the ladybird to becoming one among the varieties of animals fearing extinction. There are incidences where Ladybirds are specially considered as temperature sensitive and decease in numbers under dehydration, in hotter than permitted temperatures.