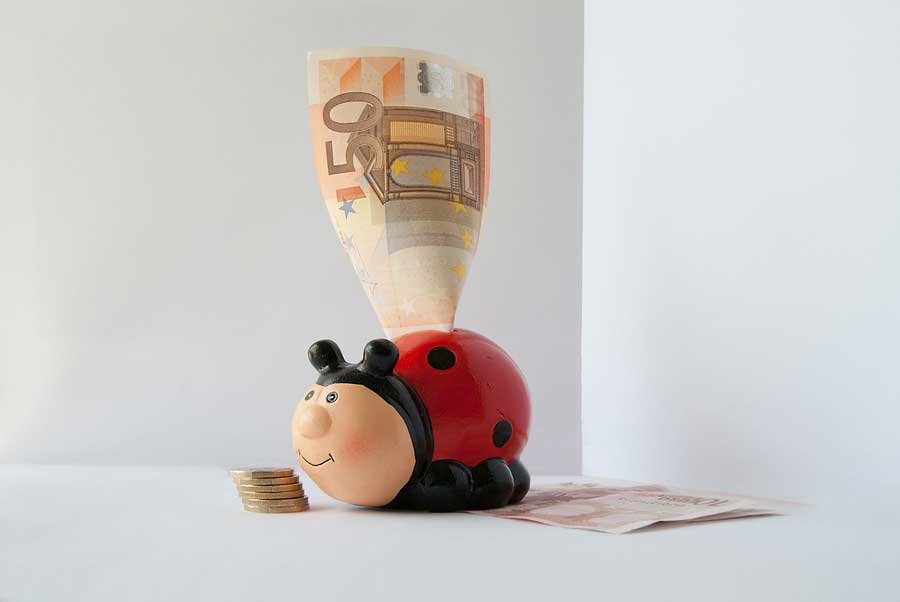 The symbolism of the word Ladybug relates to “good luck”, almost all around the globe. Still, there is a confusion regarding the name, whether it is a “ladybird” or “ladybug”.
The word “ladybird” is more commonly used in Europe, whereas in the United States of America, the people most commonly use the word “ladybug”. Many symbolisms and meanings have been derived for the word ladybug, all around the word. Some of them are:

As a Symbol of Luck

The superstition goes like this; if this ladybird insect sits over you, then you should be careful, not to brush it away. Stay in a still position, so that it does not fly away. Then, count the number of spots on its body, which is believed to be the same number of months that will be lucky for you.
Also the brighter the red color of this beetle is, your luck will be proportionally better. Some also believe that when a ladybug sits on anybody, the person should wish something, which will be fulfilled within the number of months, equal to the number of spots found on its body.

As a Protection Symbol

Since the medieval period, people very commonly believe that the ladybugs are a symbol of protection. There is a story behind this superstition, which states that, the farmers of Europe were very desperate during the middle era, because insect pests drastically affected and ruined their crops. They prayed to the Virgin Mary, after which their fields were full of ladybugs that fed on these insect pests and completely eradicated them. Since then, the ladybird images are considered as a talisman for protection and safety against harm. This system of keeping the ladybird image as a symbol of safety has led to the popularity of these images appearing on kids clothing. Some consider that using the ladybird symbolism also brings joy, prosperity and love; hence the image of ladybird also became very common on the gifts and cards.

As a Symbol of Love

Many stories reveal that, if you first hold and then release it, this beetle will fly to your true love and whisper your name in his/ her ears. This will lead them to find you within the number of months, equal to the number of spots on its body. Other than that, common folk believe that if this insect crawls on a unwed young girl”s hand, then she will probably get married within one year.

As a Symbol of Self-Reliance

Even with such small structure, this tiny creature is capable of saving itself from predators of double its size. It releases a ghastly odor, when it feels endangered. This odor is said to keep away the predators form this insect. After examining this brilliant action of the ladybug, people started considering it as a perfect example of self-reliance and started taking inspiration from it.

Using ladybug images is said to bring good fortune and security, but other than that, using things containing symbolism of ladybugs, especially for the babies is considered very auspicious. The ladybugs are said to shower blessings on the baby wearing a ladybug talisman or images on the clothing. In Italy, this insect is commonly referred to as “commaruccia”, which means “little midwives”.

Killing or Harming a Ladybug

Killing or harming a ladybug is considered to bring very bad luck. The bad luck is defined thus; if you harm or kill a ladybug, then your name will be in the bad books of the Virgin Mary. In Netherland, the street tiles consist of the ladybug image, which is a symbol of protest against immoral violence.