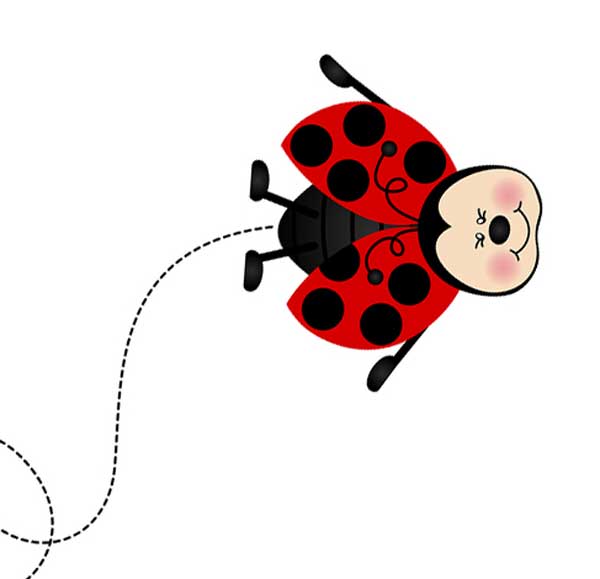 The lines of the song “Ladybird Ladybird” is sometimes also revised as “Ladybug, Ladybug”, especially in some regions like US, because this beetle is commonly known as “ladybug” in US regions. The song about ladybird is a nursery rhyme presented in the English language. It is placed at a number of 16215 in the index of Roud Folk Song.

This song is a traditional verse, which describes the insect ladybug, a tiny, brightly colored beetle. This beetle is quite popular among many cultures around the world because it is mainly considered as lucky. Along with that, it is a very harmless and cute creature, which may have led to the creation of a rhyme on this insect. The English version of this song has been present since at least 1744, during which, it was found in the nursery rhyme collection. There are many popular forms of this song version, including

Ladybird, ladybird fly away home,
Your house is on fire and your children are gone,
All except one,
And her name is Ann,
And she hid under the baking pan.

A grimmer, as well as a shorter version is also commonly known,

Ladybird, ladybird, fly away home,
Your house is on fire,
Your children shall burn!

Ann, who hides may also be Nan, Anne or Little Anne. She may have hidden under a warming pan, porridge pan, frying pan or even a pudding pan. Some variants are radically different:

All except one and her name was Aileen
And she hid under a soup tureen.

The ‘little one’ also may not be hiding at all, as in the following:

Ladybug, ladybug, fly away home
Your house is on fire;
Your children all roam.
Except little Nan
Who sits in her pan?
Weaving her laces as fast as she can

This one is from Peterborough:

Ladybird, ladybird, fly away home, / your horse is on foot, your children are gone;
All but one, and that's little John, / And he lies under the grindle stone.

Several more variants exist, some saying “your children alone”. Variants are known in the USA, some attached to Doodlebugs.

From a collection of Favorite Poems Old and New, Selected for boys and girls by Helen Ferris (1957):

Many superstitions are linked with this small creature, like killing a ladybird can be unlucky and dangerous, seeing a ladybird can bring luck, crawling on hands of a young lady means, she will get married soon, and many other. The verses are believed to have the power to make them fly away, and some say that if they land on somebody, then that person should keep on saying the verses, and if they fly away hearing the chanting, then the person”s wish will be fulfilled.
Ladybirds are considered as a beneficial insect, because they help to reduce the population of aphids by consuming them in large numbers. Even though, they turn to be a nuisance in some cases, the gardeners or farmers won”t kill or harm them, but rather just shoo away these creatures from the surrounding. This example is best for the kids to learn respecting such small creatures.

The version of Little Nan refers to the brutal habit of setting fire in order to smoke away the bugs present on the plants. The adult form of ladybugs flies away, whereas, the young forms like the larvae crawl away from the plants due to the smoke. This explains the sentence “your children all roam”. But the one in the pupa form will die due to the smoke from the fire, as they stay within the shells, and cannot move away from such dangerous situation. Here, in this verse, the Nan is in the same situation, where she cannot escape from this dangerous situation, as she is also in her pupal case, until she breaks her case. This is explained in the lines “weaving her laces”