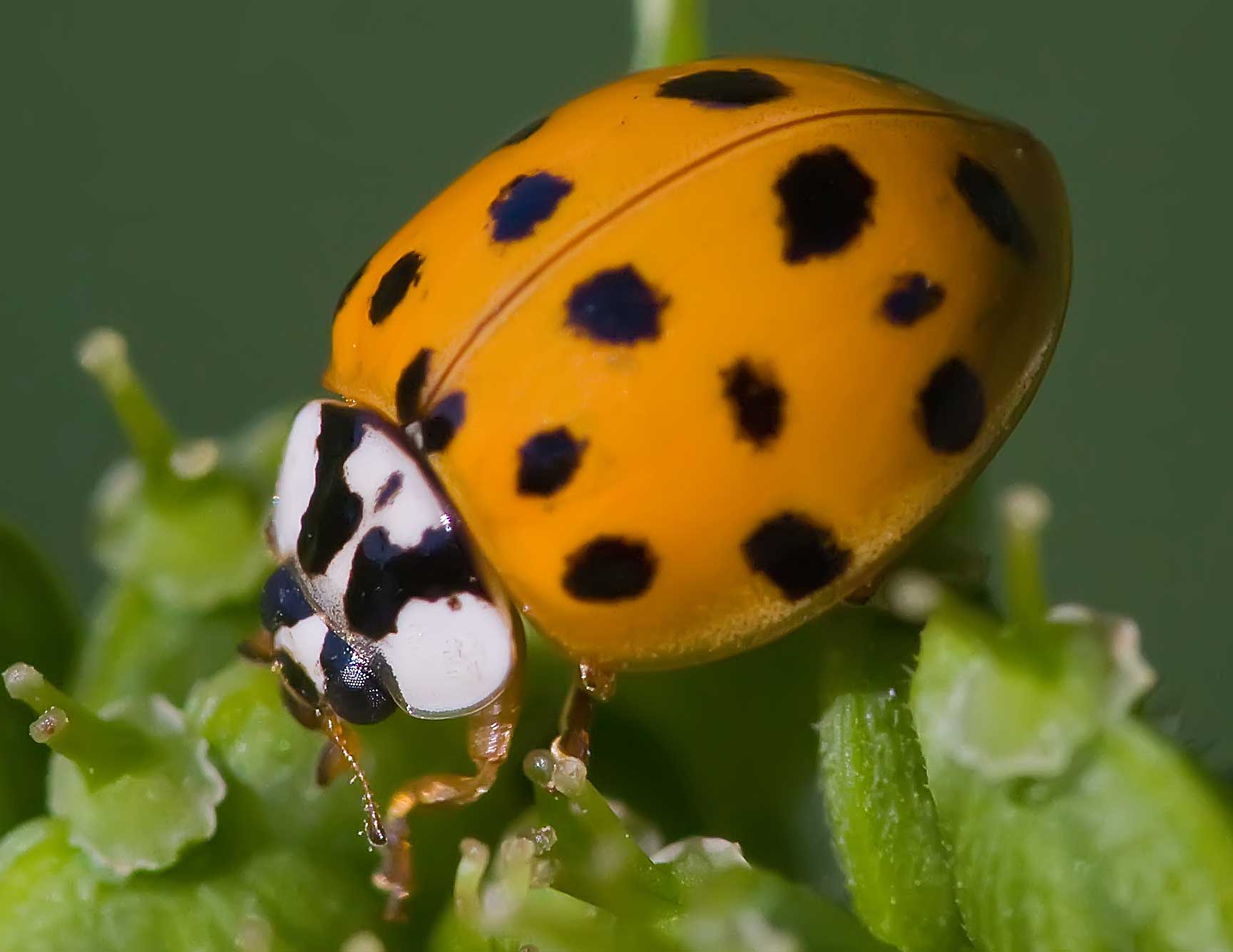 Harmonia Axyridis, commonly known as the Asian lady beetle is actually seen in a variety of colors throughout Iowa and the areas of the United States. This species is popular for its irritating habit of piling up near the building sides and invading indoors during the harsh climate like in the fall. These lady beetles are considered as a beneficial insects in the agricultural fields and for some type of trees, but at the same time, can turn into a nuisance by invading houses in bad weather. Mainly, wooden industrial areas or residential buildings are more prone to attacks by this insect.

The emergence of this Asian lady beetle is still not clear, but it is believed that this pest species was mistakenly introduced in the areas of the United States. Species of beetles that reached the different parts of New Orleans at the end of 1980s have flown or crawled away by themselves to the other corners of the nation. They are well-known eaters of aphids, hence the larval as well as the adult form is introduced in the places, having problem of high aphid population. Hence, this species is sometimes considered as a beneficial insect.

Many of these multicolored beetles grow up to 1/3rd of an inch, and have orange bodies with black spots on it. Deep orange colored body is the most commonly found species. There are around 19 black spots, but most of them are missing or faint. This beetle also has a unique “w” shaped black mark on its thorax.

Asian lady beetles, similar to the other invading species are basically outdoor insects that try to wander inside the house during a short period of their life. This species do not reproduce or feed inside the house, neither does it destroys any house structure, fabrics or furniture. It is not harmful, as it does not sting. Neither does it spread any diseases. Female beetles do not bite, but occasionally it pinches the human skin, when exposed. This lady beetle leaves a frustrating odor, as well as a slimy smear, when smashed or squashed.

This beetle is known for their instinctive behavior of flying to some sunny and exposed location, while getting ready to hibernate in the winter season. The migration period of this beetle varies, but usually they fly during the month between mid-September and October. Light colored walls and building in bright sun mostly attracts these beetles. The only way to control the invasion of the orange ladybug is by preventing them from entering your house. Seal all the exterior cracks and gaps around the doors, windows, roofs, eaves, slides and other openings on the exterior part of your house. Studies reveal that no pest control is 100% effective. For heavy infestation that consists of intolerable amount of beetles, using pyrethroid insecticide like esfenvalerate or permethrin, outside the premise of the building can be effective. Except the pyrethroid insecticides, no other insecticides have been successful in prevention of these beetles till now.

You can get long-term relief by planting some trees and plants near the house that can provide shade to the west and south side of the house. The practical method is to vacuum regularly and sweep away these beetles and discard them. Light traps for indoor use are also available, which can be more beneficial than the sprays and other insecticides.