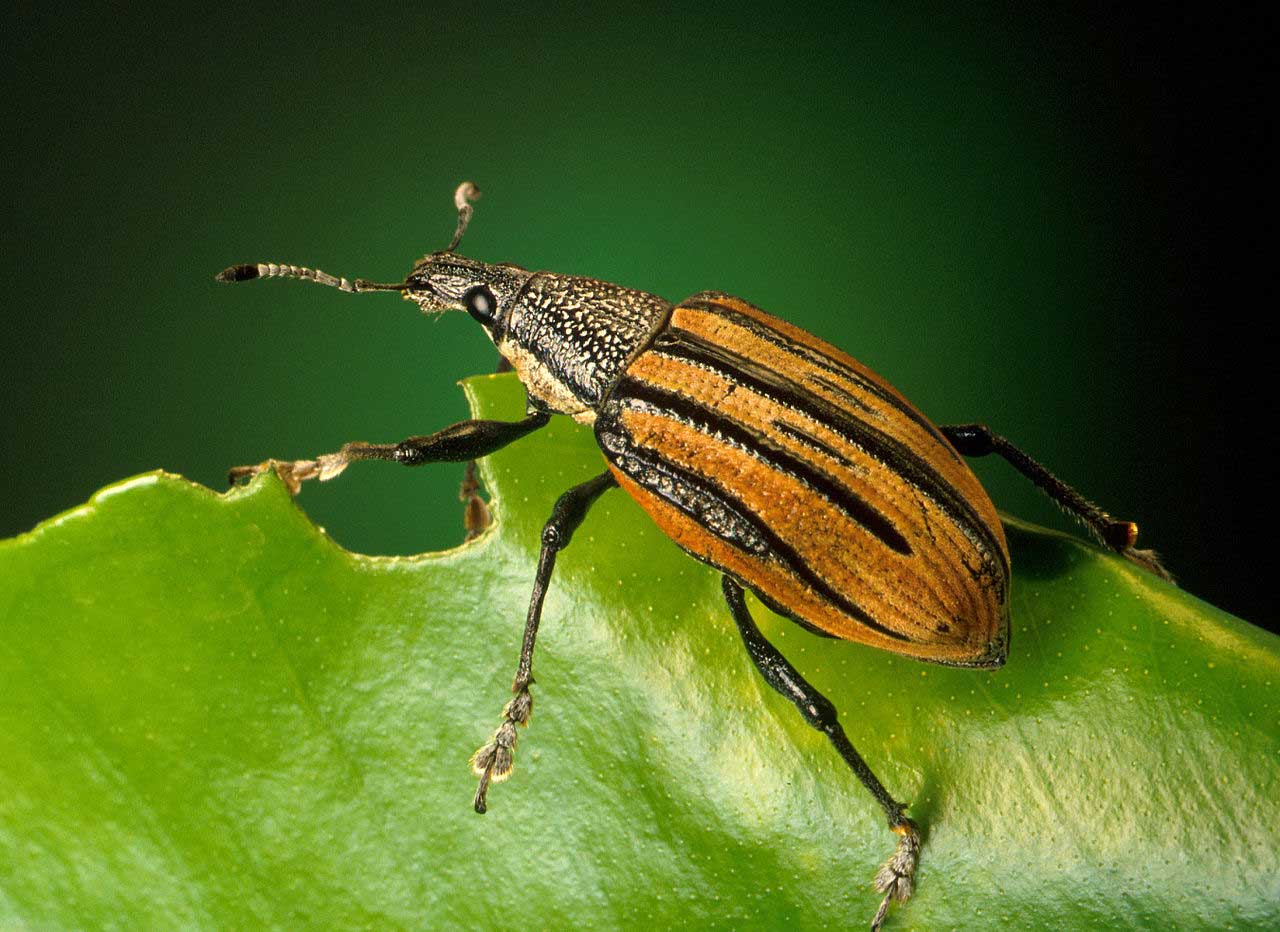 The weevil beetle is from the Curculionoidea Superfamily. These beetles are usually small in size. As compared to other groups, this family has more species. They are also known as “snout beetles”, because of the shape of their heads. There are many types of weevil beetles such as: Boll weevil– The Boll Weevil beetles can cause severe damage to the crops. These beetles have an average length of 6mm. These beetles eat the flowers and buds of the cotton plants. Rice Weevil- the Rice Weevil beetles are very harmful and they also hurt human beings on a large scale by infesting the food supplies. It can cause destruction on a huge scale. Rose Weevil-The Rose weevil beetles can cause severe damage by feeding on the petals of flowers. Species of Weevil beetles occur in a broad range of body shapes and colors. Usually, these beetles are dark brownish to black colored. These beetles have a hard body. Depending on the species, they are oval or slender shaped insects. On the covering part of the body, Weevil beetles have shiny hairs or scales. The shape of their head of these beetles is its most distinctive feature. An adult beetle has an elongated head, which forms a snout. And the mouth is placed at the end of the snout. These beetles are often found in the areas of warm weather. But they survive in colder areas as well. These beetles hide during the winter season and leave in the spring season.

The life cycle of the Weevil beetles depend on its species. The adult beetles lay their eggs in the spring season. Weevil beetles lay their eggs near the host plant on the ground. The larvae burrow into the ground when the eggs hatch and feed on the roots. In the winter season, the larva spends its time on the ground. Then these beetles enter into the pupal stage and emerge as adults in the spring season. In the summer temperature, the life cycle can take 30 days to complete. But, in the winter season, it can take up to six months or more.

The Weevil beetles lay hundreds of eggs at one time. They lay their eggs in products like flour or in wheat grains.