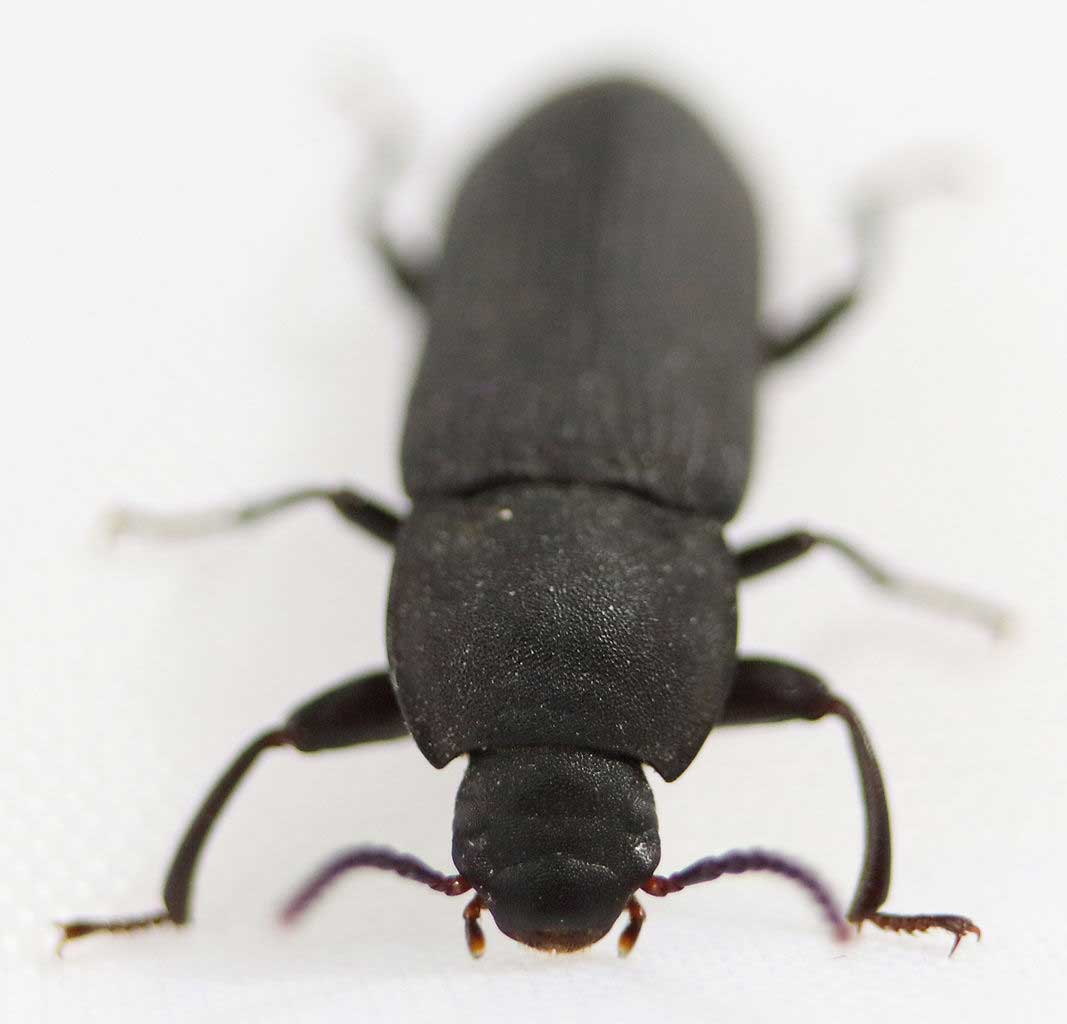 Flour beetle belongs to the family of Darkling beetles under the genera Tenebrio or Tribolium. They are considered as serious pests that attack cereal silos, and hence are used widely in laboratories. This type of beetle mainly feed on all types of grains like wheat, rice, maize and can adapt very well to survive in a dry environment. They are more capable than the cockroaches to withstand higher radiation levels. This beetle is also considered a major pest in agriculture. They are highly resistant to insecticides. Some of the most popular species belonging to this family are-: Tribolium Castaneum, also known as Red Flour beetle belongs to the Tenebrionidae family comprising of Darkling beetles. It is considered as a major pest in the stored items, mainly in food grains, and is termed as a model organism in the food safety as well as ethological research. This beetle attacks stored food grains and several other food stuffs like cereal, flour, pasta, nuts, biscuits and beans. Consuming such foodstuffs can cause allergic reactions in human beings, but are not known for spreading any disease. It does not attack any other furniture or household structure. According to the studies revealed by the United States, the two species, namely, Tribolium Confusum and Tribolium Castaneum are the most important secondary pest affecting all the stored plant products across the world.
This beetle has originated from the Indo-Australian region, and is less known to adapt to the outdoor areas, unlike the species, Tribolium Confusum. It is more spread to the southern regions, but otherwise, both the species can be seen commonly in the heat and dry environment. The adult beetle lives longer, around more than 3 years. It looks similar to the confused flour beetle species, except that the first one has three clubs at the tip of its antennae. This beetle cannot completely feed on whole grains, but can be commonly found in already infested grains, household food items and grain dust. The food items infested by this beetle are nuts, rice, flour and beans. They also inhabit the crevices or holes present in the cabinet and pantries. They mainly infest the food not only by feeding on it, but by their fecal pellets, dead bodies and bad-smelling discharges. Along with all these wastes, molds also grow in the presence of this beetle. The Dark or Destructive Flour Beetle, biologically known as Tribolium Destructor, belongs to the Darkling beetle family. It also infests and attacks stored grains and flour. It has a dark brown body that attains a length of 5 to 6 mm. It inhabits in Europe, Africa and North American regions. This beetle is also known for attacking food pellets of animals, poultry food and rolled oats. Mealworm beetles are actually termed to the larval form of the species Tenebrio Molitor that belongs to the Darkling beetle group. Like other insects of the holometabolic group, this beetle also undergoes four stages in its life cycle, namely, egg stage, larval stage, pupa stage and adult stage. The larva attains a length of 2.5cm, whereas the adult beetle attains a length of 1.25 – 1.8 cm. This beetle undergoes mating process in 3 stages. Initially the male beetle chases the female, then mounts over her, and finally inserts his aedeagus through which, he deposits the sperm packet inside the female beetle. After a few days of mating, the female beetle creates a hole in the soft ground to lay around 500 eggs. These eggs hatch within 4 to 19 days to form a larva. This larva mainly eats the vegetation present in the nearby area. It molts around 9 to 20 times to reach the stage of a pupa. Within 3 to 30 days, this creature develops into a complete adult beetle form.
Mealworms are well-known pests, affecting the grains and food stuffs. This species is believed to inhabit the Mediterranean region, but has now spread throughout the world. The oldest record of the pest mealworm dates back to the Bronze Age.
Humans use mealworm as a source of food in some cultures. Fried or baked mealworm is considered as a healthy and tasty food snack. It is also added with wheat bran, grain, fresh oats, or with fresh carrots or potatoes. It is also added into the novelty candies of tequila-flavored.
It is also used to offer as a pet food for birds, fish and reptiles. They are also given to wild birds, present in the bird feeders, especially during the season of nesting. They are quite famous for their rich protein content. This beetle is also famous as fishing bait. Commercially, this beetle is sold in bulk in packed containers of oatmeal or bran. The growers using this beetle for commercial purpose use a juvenile hormone for the purpose of feeding, which keeps this mealworm beetle in a larval stage for a long period of time” it attains an abnormal length of 2 cm or more. The Tenebrio Obscurus Beetle belongs to the Darkling beetle family, whose larval form is quite popular as a feeder insect for amphibian pets and reptiles. These larvae are termed as mini mealworms. It is always confused with the species Tenebrio Molitoror and The Tribolium Confusum, as they are also commonly used as feeder insects for reptiles.
This mini mealworms are recognized only because of their role as a feeder insect for the reptiles and other pets, or else, it would have remained largely unknown among the common people. Cultivators found mini mealworms as an easy insect to breed in a very cheap way to provide a main source of food for the reptile pets.

The larval form looks similar to the tiny mealworms, which attain a length of 12-19 mm. The larval form molts several times to form a pupa, which transforms after a few days into a small black colored beetle.