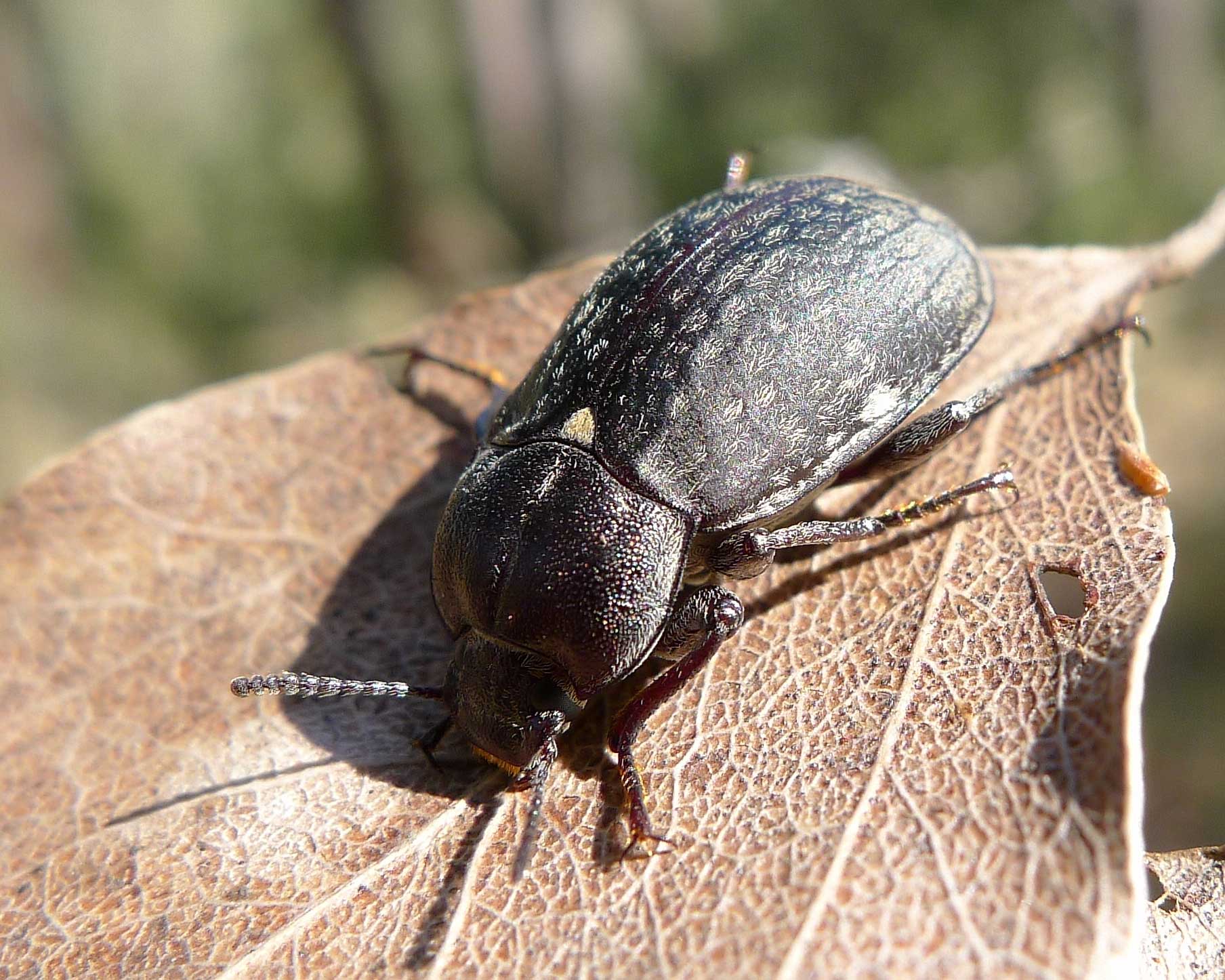 The Darkling beetle is the common name of the family of beetles called Tenebrionidae. The larvae of this beetle are known as Mealworm and it is used as food for fish and birds. In North America, these beetles are common and across the continent, they fill several roles in the ecosystem. They live in animal burrows and areas which are surrounded by rocks.. They are common in many habitats, but are specially adapted to temperate and arid regions around the world. They get their name from the habit of coming out at night to feed and hiding during the day.

Darkling beetles are black with hardened front wings. These wings are called “Elytra”. These wings are everlastingly sealed joints above their body. This makes them flightless throughout their whole life. Adult Darkling beetles are covered by a smooth and black exoskeleton and they are about 1 to 1.5 inches long. Their larva look likes a worm. But, actually it has six legs, which helps them to move around. These beetles have two Antennae with a segmented body. They also have chewing mouthparts. Larvae have off white to light brown colored rounded bodies, with a pointed tail and large head. The pupa is white colored. An average life span of Darkling beetles is from 3 to 15 years.

The Darkling beetles undergo a complete change. The female beetle lays hundreds of white tiny eggs. These oval eggs hatch into the larval stage called the Mealworm and to hatch, it takes 4 to 19 days. The Mealworm eats profusely and also grows considerably. Then it enters into the pupal stage and this stage takes 2 to 3 weeks. The pupa does not eat and the adult Darkling beetles come out from the pupa. To complete a life cycle, it takes about a year. And the adult beetle lives only for a few months. These beetles are active in both night and the day. They are ground dwellers, so they spend much of their time in moist, dark and cool areas like amidst rocks, fungi and the underside of the logs.

The Darkling beetles eat sticks, rotting wood, grasses and decaying leaves. They eat stored grains, insects and feces. Adults and larva, both are scavengers and general feeders. They feed on organic matter, decaying fungi and seeds. To survive, they did not need an external water source because they create water internally from their food.

The female Darkling beetles lay their eggs in the soil. It lays about 500 eggs in their whole life. In the mating process, the female beetle does not initiate the proceedings. The male follows it around until it becomes too tired and must submit. When the sperm is released into the female beetle, then she burrows into the ground and lays eggs.

As a pest the Darkling beetles damage the garden plants by feeding on the leaves of the plants and also by chewing off seedlings at ground level. They also feed on several vegetable crops, as well as fruit crops. When the plants are in the seedling stage, large populations of Darkling beetles build up. During bloom, they feed on flower blossoms and the underside of the leaves. It may cause damage to the plant.