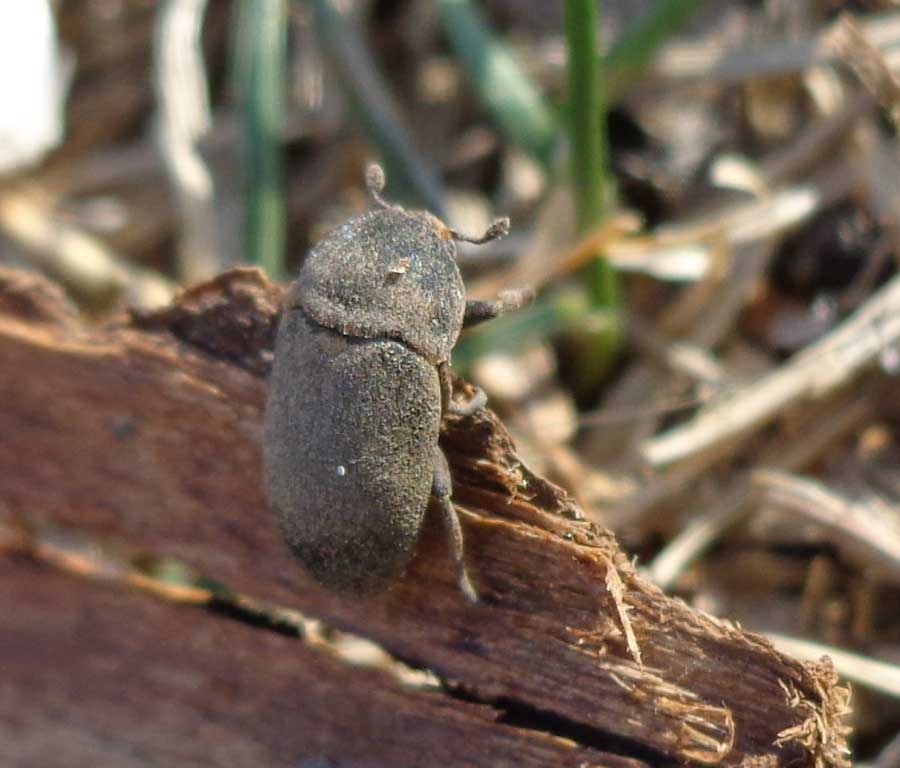 Dermestridae family comprises of beetles that are commonly termed as skin beetles. There are more than 500 – 700 species of beetles in this family. Most of them are scavengers by nature that feed on the parts of dry animals like hairs, feathers, flesh and many more. Dermestes maculates is one such beetle species that belong to the Dermestes genus of this family. This species is present in the whole world, except in Antarctica. It is widespread in all the countries of Europe. This species is quite popular in the field of forensic science and in the natural history museums, as they can clean the skeletons of animals as well as decay the carcasses, which is helpful in criminal investigation.

The flesh eating beetles are generally dull or black in color and are covered by hair. It usually lives under the body part of dead animals that have undergone decomposition process for several weeks. The adult beetle prefers to fly only at a temperature above 80 degrees. The male beetle looks smaller, when compared to the female beetle. The beetle in the egg stage is creamy white in color, and is around 2mm in length, whereas in the pupa stage it reaches around 1 inch in length.

The eating habits of this beetle can transform a dead animal into a mere skeleton within few days. Their presence on the decomposing bodies of dead humans or other creatures is helpful in estimating the postmortem intervals in suicide, the unattended death or homicide cases. The adult form generally arrives within 5-11 days after the death of the animal, and stays on it for the next 5-7 weeks.

This flesh-eating beetle is considered as a serious threat for their infestation of food items. Cheese, bacons, dried fish, poultry and dog treat are infested by this beetle. Along with that, it also affected the silk industry present in India and Italy. It is also known for infesting and eating live turkeys.

The larva of the flesh eating beetle has a body full of setae. The bottom portion of the beetle”s abdomen is yellowish-brown in shade, while the surface of the dorsal portion is dark brown in color that also have a yellow colored line in the mid of the dorsal portion. Two urogomphi is present on the last segment”s upper surface. It undergoes around 9 Instars to pupate. The pupa form is smaller than the larval form, and has an oval shape without setae.

Use in Skeleton Preparation

Dermestes maculates is mainly used in museums and universities to acquire the skeleton from the whole flesh. More than 150 years, this practice is commonly used to prepare the animal and human skeletons. These beetles are easy to maintain as they cannot fly below the temperature of 85 degrees, hence most museums prepare their skull using this method. You can also buy a kit of Dermestid beetles at a cheap rate to clean the skull. To begin with the cleaning process, the Dermestids should be placed in a big Rubbermaid tub. Provide a pine or cotton shaving bedding. Make sure to use only 100% natural type of cotton balls or cotton batting, or you can also make use of pine shavings. Let the starter colony of beetles grow up to several weeks, and then place the skull after thawing. Check on it every 12-18 hours, and slightly damp with water spray at intervals. The time taken to eat varies in each case, the hungrier the beetles are, and the sooner they will clear the flesh on the skeleton.