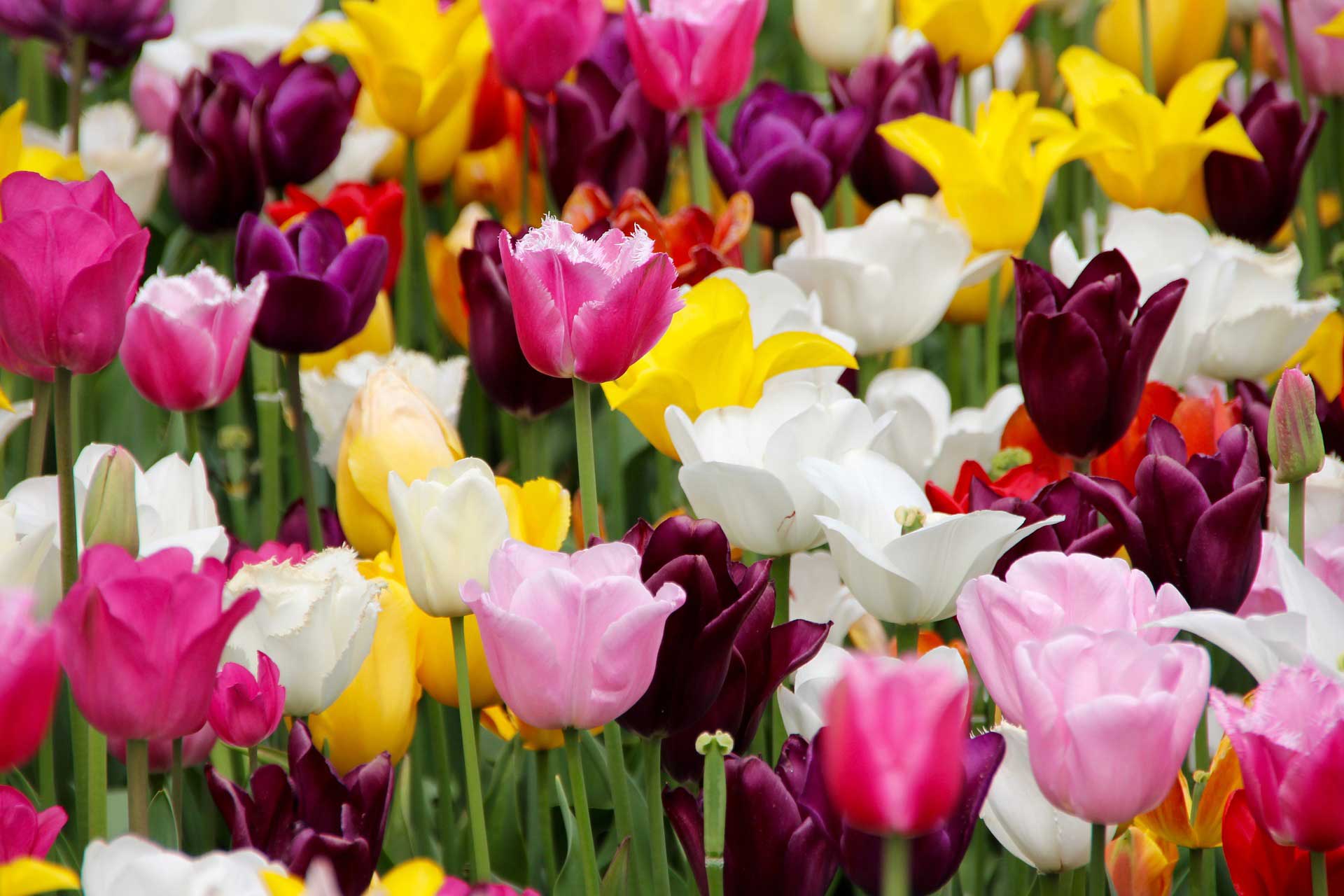 The Tulips are jazzy flowers belonging to the Tulipa variety and the family Liliaceae. From these, you can currently find 75 acknowledged wild varieties. These varieties extend from the west up to the Iberian Peninsula, to North Africa and Greece, Turkey and the Balkans, right through the Levant (Israel, Syria, Jordan Lebanon and Iran), Sothern Siberia and Mongolia, towards North to the Ukraine and east to the Northwest of China. The mountains of Hindu Kush, Pamir and Tien Shan are the centre of diversification of the tulip. It is a distinctive flower found in the Mediterranean winter-rain region and the steppes. Seen in 1,000 AD in Turkey, it moved to Holland in the 17th century under the auspices of Carolus Clusius, who was director of Leiden’s Hortus Botanic, founded in 1587 and Europe’s oldest botanical garden.
Anatomy

Tulips bloom from bulbs during the spring season. The type they belong to dictates their growth, ranging from 4 inches (10cm) to 28 inches (71cm).  Generally, the big tulip flowers blossom on a single stalk growing from the ground or a stem that grows  in its axils. In a majority of the tulips, there is only one flower on a stem, but some varieties show many flowers on a stem (e.g. Tulipa turkestanica). The flamboyant tulip flowers that have a star or cup form,  have three sepals and three petals, and because of their similarity, people often call them tepals. You can buy Tulip bulbs in practically all colors including deep purple that resembles black. When you plant the chosen varieties of this perennial, you get a chance to savor their beauty from the beginning of spring until the beginning of summer. They look good when planted as borders or simply in the beds. You can grow them indoors and they serve well as cut flowers.

Even though the tulips bloom throughout the year, most gardeners advocating tulip care consider them as yearly blossoming plants, for fresh planting every year, thus as soon as you purchase them , do plant them.

Tulips grow well in places where you have the afternoon sun.  Watering in excess is not good for the tulips, so, water them only in dry spells and not otherwise.

After Blooming care for Tulips

It is to a certain extent easy to take care of the tulips once it has stopped blossoming in the garden. Besides discarding the tulips that has diseases, you have no work to do, except to clean the leaves and to decide where you will plant them during the summer season. Tulips entwine and move up and down in the flower vase. Unlike the other variety of flowers, tulips continue to grow even after you cut them. The tulips move because of the upward growth of their stems, whereas the bigger flowers grow and react in the direction of light, which occurrence you call phototropism. Confirm the intensity of water every day. Restore and transform the water every day for its lasting existence in the vase. If you take suitable care, tulips will bloom and last for three to seven days.