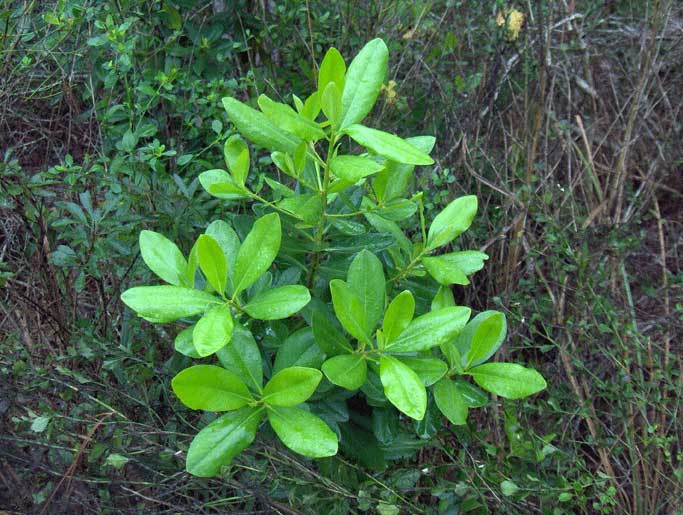 Broom hickory tree is also known as Carya Glabra. It is a deciduous tree. The flowers of the broom hickory tree are small and yellow-green in color and bloom in the spring season. This tree is also known as Coast Pignut Hickory, Swamp Hickory, Pignut, and Smooth Bark Hickory and Sweet Pignut. The nut of broom hickory is pear shaped, which ripens in the month of October and September. These nuts are important food for many wild animals. The wood of the hickory tree is used as fuel for home heating. It is a slow growing tree. In Germany it is planted for timber. It is a tree providing good shade and is also a nice ornamental tree. This tree bears seeds in 30 years. For seed production the maximum age is 300 years. Early settlers made brooms from the wood of the Broom Hickory tree. That is why it is called “Broom Hickory”.

Broom Hickory tree ranges all over the Eastern United States. This tree species grow in Westward and central Florida, and from Albama to Gulf Coast through Mississippi. It is also found in Southern Ontario in Canada. The best development of Broom hickory is in the Ohio River basin, which is the ideal place for these trees to grow. On the ridges and hillsides it occurs with other oaks and hickories. Hickory is restricted in the Hamilton area, Niagara peninsula, Lake Ontario and in Sothern Halton Region.

Watering and fertilizing in a drought and the spring season is ideal for the broom hickory tree. Balancing watering is best for hickory.

These trees are pest tolerant. But many pests may affect them. Microstroma Juglandis and Gnomonia Caryae are leaf diseases of the Broom Hickory tree. Poria Spiculosa pest causes trunk rot. Hickory tree is also damaged by fire, it causes stem degrade. The most serious disease of hickory tree is a canker. Fungus is formed by the canker. Scraping and cleaning the canker may help.

Broom hickory tree is very difficult to transplant because of its coarse root system.  Moreover, its growth rate is also very slow. But it can survive in many soil types. It requires sunlight. The nuts are edible and used by mammals, birds and squirrels. The Hickory tree cannot be planted in parking areas and in the streets or on the roadside and also in open areas. The nuts can damage vehicles and cars when they fall. It grows best on moist river beds.