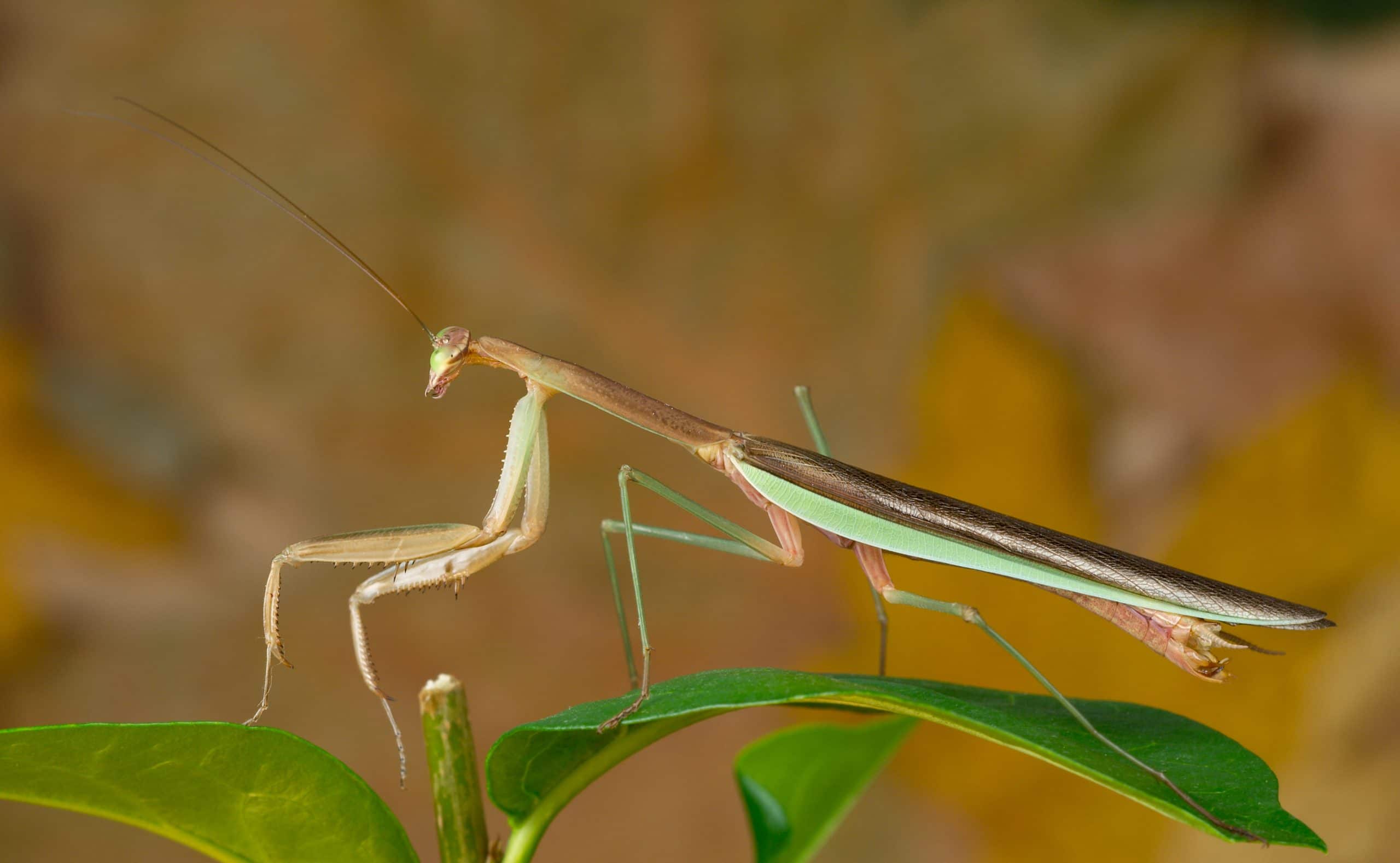 The   Chinese mantis, also known by the scientific name   Tenodera sinensis is a species of   praying mantis. These insects, having their origins in China were first introduced in North America in the late 1800s to be used for controlling pests. These insects can be found in gardens and meadows on flowers, tall plants, bushes or shrubs. In Chinese culture also, this creature has great prominence. The praying mantis kung fu, which originated in the Shandong province of China, is a form of martial art that derives its styles based on the rapid movements and skills of the Chinese mantis. Those of you who might have watched the movie, Kung Fu Panda (1 and 2) would surely remember Master Mantis, one of the Furious Five members. The Chinese mantis is a long and slender praying mantis, usually seen in different shades of brown, pale green or a combination of both. It is larger in size when compared to the other mantises. In fact it is the largest species of praying mantis in North America growing up to a length of about 10 cm. Both sexes have wings that extend over the abdomen with a green color running along the sides of both wings. Males and females can be told apart by checking the number of segments on the abdomen. You will notice that the male has 8 segments while the female has 6 or 7. The Chinese mantis can turn its head 180 degrees and scan the surroundings behind them. They also have a long antenna. Like all other praying mantis, the female mantis is slightly larger than the male. The Chinese mantis is normally docile in nature. They can sit motionless for several hours, all the while observing carefully for the slightest movement . These insects wait for their prey to come close by. Once they notice their prey sufficiently near, they quickly grab the prey with their forelegs. The females have the bad reputation of killing and eating the males during or after the mating process, a phenomenon referred to as sexual cannibalism. Although these creatures are ferocious predators to insects, they are generally harmless to humans. The Chinese mantis exhibits excellent camouflage skills that help the insect to blend with the surroundings, unseen by the predators and preys alike. The following pictures show how well the color of the mantis merges together with the background.

Although, the Chinese mantis does not require special conditions, they do best in temperatures of about 20-25 degree Celsius and humidity of about 60 to 65%. The temperature can be increased to 30 degrees Celsius, if you want to speed up their rate of growth. In order to avoid any problems with shedding of the skin (molting), it would be a good idea to spray the enclosure 2 or 3 times a week.