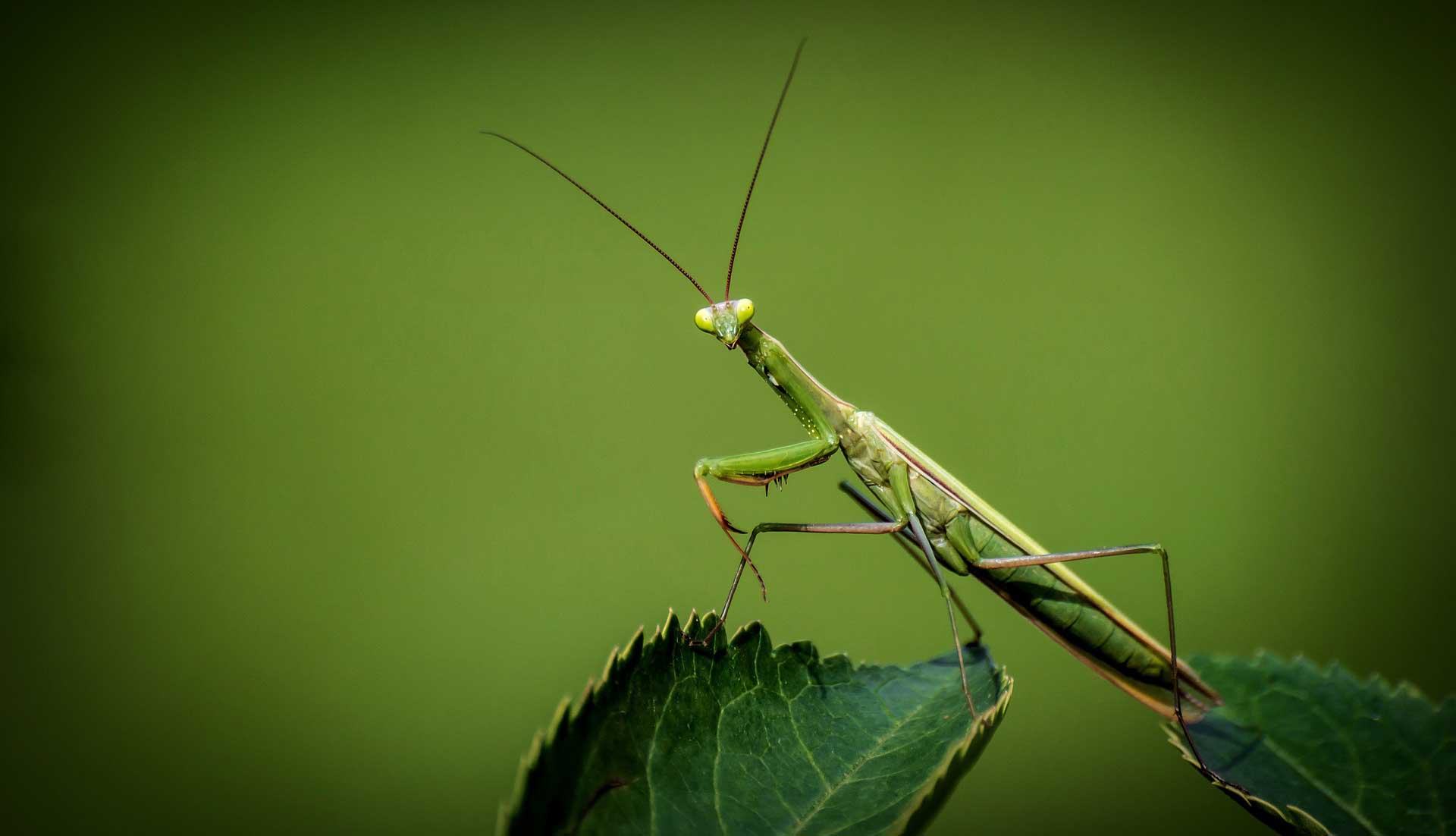 Purchase your LIVE Pet Mantis from the Praying Mantis specialists! Many mantis types to choose from, live arrival guaranteed.

Inhabiting the Temperate and Tropical Zones

A large insect from the order of Mantodea, about 3-4 inches long, the praying mantis draws its name by the posture in which it holds its front forelegs that looks akin to praying. You can find them all over the world, and depending on their geographical location, they go by names such as the Carolina mantis, the Chinese mantis and the European mantis. To the oft-repeated question, “where to find live praying mantis,” one can say that you can find them spread across the world, but focused primarily on the temperate and tropical regions.

The live praying mantis inhabits various parts of the world including Europe and North America. With over 2000 species spread over the world, several of them found their way from Asia and Europe to North America in the early part of the 19 century and became naturalized there.. To the question where to find live praying mantis, you can safely conclude that they mainly inhabit places with a warm to tropical climate, and you will find them roosting in a vegetation that is closest to their body color, to assist in the process of camouflage. Since most mantises sport a green or brown color, you can find them perched in bushes, trees and grasses. Those who have bright colors will take advantage of flowers for their camouflage.

They are cannibalistic by nature during the mating process, when the female sometimes bites off the head of the male and then proceeds to eat the body. They make extremely docile pets and a pleasure to rear at home. They grow to lengths of 3 to 4 inches, are found primarily in green and brown colors, and appear like sticks and leaves, allowing them to blend easily with the surroundings. When you are looking for where to find live praying mantis, do not rule out the strong possibility of finding them in the wild or even your garden, your nearby park or even a forest in the vicinity, if you can find one,  and in most locations that sport a mild winter and an abundant vegetation. Finding their egg cases may pose a difficult proposition because of the camouflage, but you can find the adults quite easily by closely inspecting the flowering plants. You can also see them in late fall, in August and September when they make a beeline to your porch lights. Organic vegetable or flower gardens are a sure habitat for these insects. Most praying mantises are green or brown in color, but you can find them in even in purple, white or pink.  A head, thorax and abdomen represent its primary body physiology, followed by six legs.

The exoskeleton or outer shell protects long body completely, akin to armor, and consists of plates connected by an elastic tissue that gives the insect its flexibility of movement.

The head and eyes: The triangular head houses a mouth full of sharp teeth to chew and eat the prey, and its long and slender antennae help to sense food availability. They can turn their heads 180 degrees to either side, which is another uncommon feature. They have two compound eyes with hundreds of lens that distinguish color and images. They have three additional eyes located between their long and slender twin antennae that serve to distinguish between light and dark.

Legs: With three pairs of jointed legs, and a spiny foreleg that helps to hold on to the prey, the praying mantis holds these forelegs in a folded posture as if praying; hence the name. The legs and four wings attach at the thorax.

The ear: This is just a slit on the underside of the thorax, giving it the distinction of being probably the only insect with a single ear.