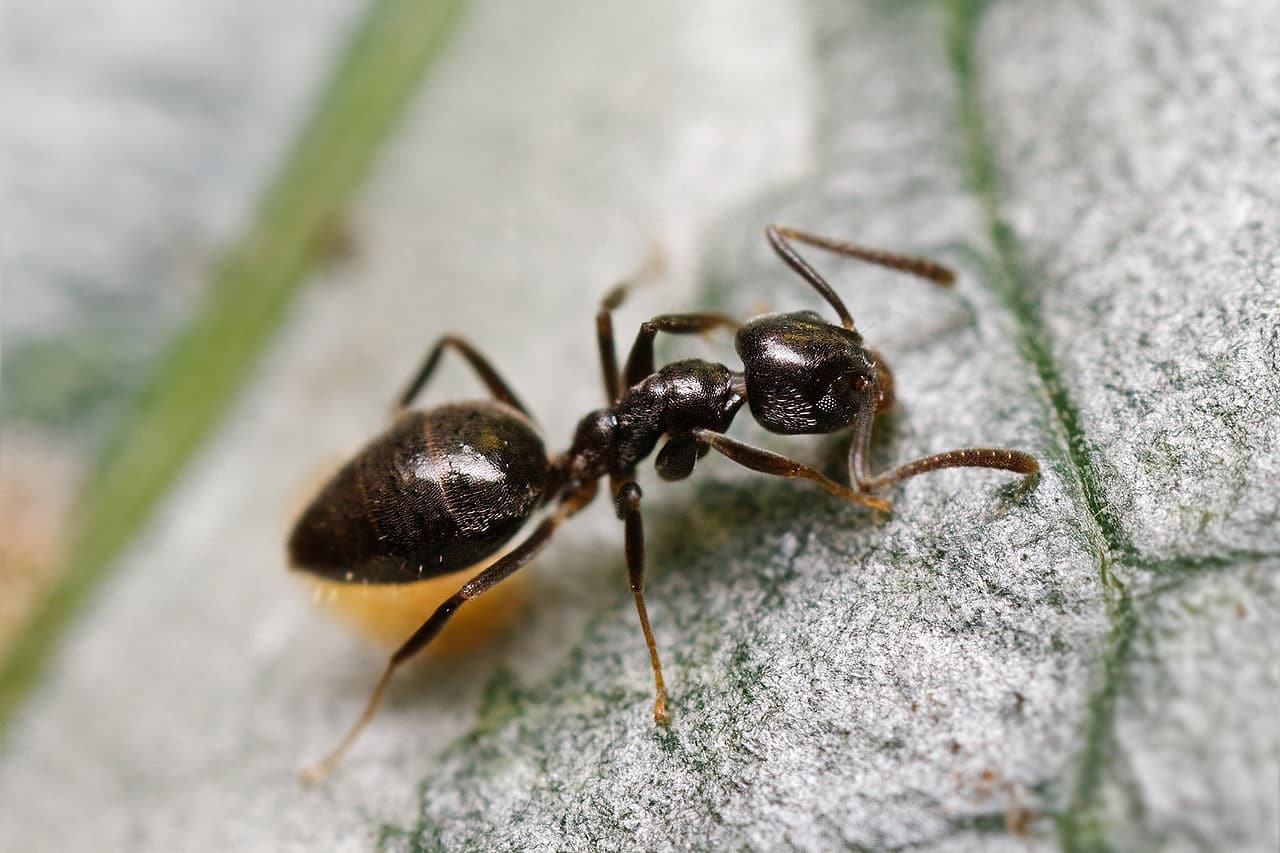 “Sugar ant”or Camponotus Consobrinus, is the name frequently used by the people to refer to  the various species of ants.  This is the name given to small or medium ants that do not sting. These ants do not sting; they are of calm behavior.  When the sugar ants are aggravated,  to protect themselves,  they bite the intruder with their big mouths; even then this bite is painless.  Any of these tiny ants that have an attraction towards sweet foods  is generally called  sugar ants.  All the more, the sugar ant  truly belongs to the variety,  scientifically named Camponotus Consobrinus.

These ants are not only fond of sugar, but also like any kind of sweetmeat; thus the name sugar ants. Being omnivorous, these ants are found hunting for food in uptown locations and also in the bushes on the ground. Anatomy

In the United States these sugar ants are one among the biggest families of ants.  They vary in color, size and shape.  The length of a worker ant ranges  from 5 – 15 mm (0.20 to 0.59 in based on the variety and the location where they are.  Their characteristic features are that their heads are comparatively big and black, the color of the body is orange to brownish and their mandibles jut out. They differ a lot in their size based on the class to which they belong.  A soldier ant has a big body and big mandibles (by which it is easily recognized), when you compare it with  the other worker ants. In contrast to its name,  the  sugar ants do not consume only foods that contain sugar.  Basically,  they are omnivorous;  they collect liquid emissions and nectar from honeydew, plants, aphids and several other insects that feed on plants,  like caterpillars. Besides sugar ants eat invertebrates which they are capable of  hunting and eating. Most  of their food is from the decayed and dead animals.

Most of the sugar ants are active at night.  We frequently see the worker ants emerging out late in the evening in organized rows,  hunting for food.  Even during the day we see these ants, but not so active as during the night. The warmer seasons are when these ants are livelier,  particularly in summer.  In winter they remain dormant.

When the sugar ants are aggravated,  they raise their abdomen and make use of their big mandibles to drive away their attackers. If still irritated, based on the species to which they belong, the sugar ants protect themselves by emitting a spray of acid from their abdomen to drive away their predator.  In case the predator assaults their ant hills, then a swarm of thousands of ants come out in force and attack.  Quite different from the other ants’ sugar ants never sting and as such they are not harmful to mankind even when they are in swarms.  Even though the bites are visible, they are not painful. The sugar ant is endemic to the United States and Australia; you can also see them in woodlands, heaths, forests and urban areas.  Their ant hills are seen in many places which includes holes in wood, twigs of trees, roots of plants and shrubs, amidst rocks and also in the soil. One can easily identify the nests of the sugar ants in the soil by the big ant hills made of dirt,  surrounding the hole in the soil.

Reproduction takes place early in the autumn and end of spring, the queen sugar ants lay eggs and they get hatched, producing  new queens and also males (Alates). The Alates (the winged reproducing ants) are totally black in color (there occur some color differences in their varieties), in comparison to the worker ants that are orange in color. At the end of autumn swarms of Alates mate in the air, while the thousands of worker ants keep watch on them from the ground. Tapinoma sessile belongs to the variety of ants,  which is commonly called the odorous house ant, coconut ant, or stink ant. They follow a  polydomous system (comprising of several nests),  and are also polygynous (accommodating several queens that reproduce). Similar to other social varieties, Tapinoma sessile uses difficult strategies in foraging. Based on their surrounding situations the odorous ants distribute their food, and at the same time compete with other varieties of insects.

The color of the Tapinoma sessile varies from black to brown. They also differ in their length from 1/16 – 1/18 inch (1.5 – 3.2mm), there are twelve segments in their antennae.

Not much knowledge is available regarding the lifespan of the T. Sessile ants. However, it is understood that  queen ants enjoy a lifespan of more or less eight months (and perhaps longer). Worker ants live only for a few months, but  the males hardly live for a week. The odorous house ants are robust; the worker ants that are impaired are noticed continuously working without much difficulty. Certain queen ants, even though their abdomen is injured,  continue laying eggs.  Statistics say that there are occasions of the T. Sessile queen ants living for more than two months in the absence of water or food.  Besides, they seem to adjust to a great extent in the cold and hot climates.  It is quite impossible to take away these ants from your homes.  If you kill these ants, they let go an odor that stinks, which has got it  its nickname “stink ant”.

These types of ants exhibit a system of dominance hierarchy, comprising of subordinate workers and queens. The bigger colonies vary in size from some hundreds to tens of  thousands  of individual ants. There are several queens in large colonies. These queens lay their eggs and further incubate them within 11 to 26 days. The life of the larva phase is from 13 to 29 days, and the phases of the pre-pupa and pupa remains from 10 to 24 days.

The odorous house ants are seen in the vast expanse of dwellings which includes houses. They forage mainly for honeydew, which is produced by aphids and scale insects (small insects that belong to the  Hemiptera order) that are guarded and tended by these ants. They also derive their food from floral nectar and other sugary foods.

This variety of ants belong to a  predator or  scavenger species that feeds on food stuff from houses, particularly those which have sugar content. They also feed on several other invertebrates. When inside homes they build colonies adjacent to hot areas or within insulations. When the environment is hot or dry,  we find these ants building their ant hills in the indoor house plants and also between the toilet covers.  Outdoors, they have a tendency of building their colonies beneath rocks and in open soils. However, we come across them building their colonies almost in any part and in any environment.