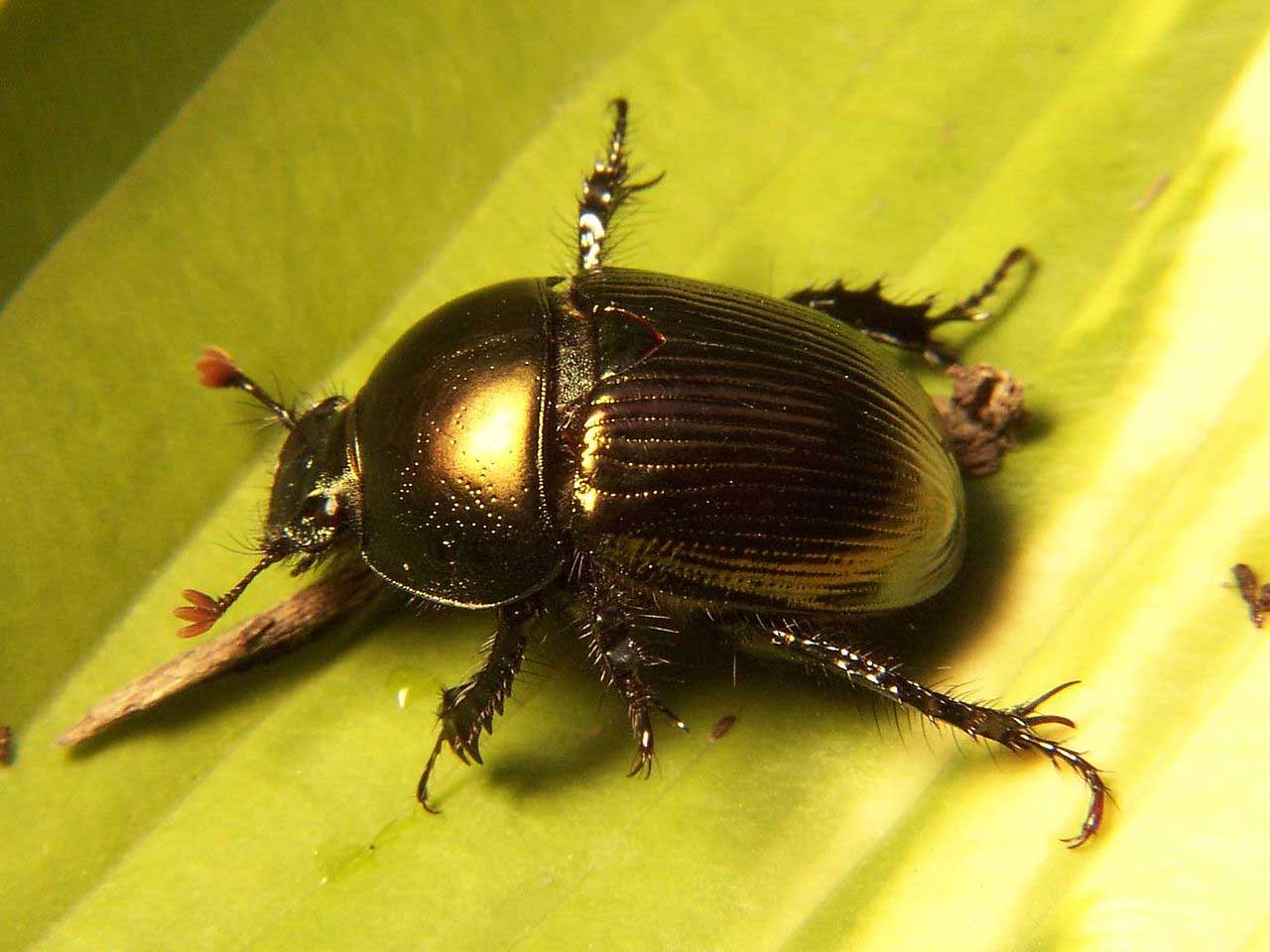 The Scarabaeidae family is frequently called scarab beetles or just scarab, there are 30,000 varieties of them all over the world. With the various competing theories the introduction of new ideas very frequently, there is still no stable grouping arrived at for the species. There are several subgroups of these families as shown below, which in the near future, will not be identified, because there is probably a proposal convert those below the subgroup rank to a lower level or upgrade them to family status (the second is most probable. Take the family “Melolonthidae”for example. They now find a place in some classifications, but the remaining families have recently been discarded, and are almost universally acknowledged. (Glaresidae, Pleocomidae, Glaphyridae, Geotrupidae, Ochodaeidae, and Bolboceratidae.)

The horns of most of the male dung beetles are used for fighting among themselves. As far the dung beetles are concerned, the members belonging to the scarab group, have serrated rims bordered on the tip of their head. They use this for making dung balls, whereas the hind legs are thin and long enough for grasping the balls in its place while the dung beetle use their powerful fore legs to roll away the balls. The balls are made in multiple dazzling colors. The Dung beetle is a model of the scarab beetle, which is about ½ to 1 inch in length. The female Dung beetle is a bit longer than the male. These beetles are seen in two metallic colors, blueish green and copper. At the top of the head of the male beetle, there is a “horn”, while the female beetle possesses a tubercle, a tiny protrusion on the scarab”s body surface.

Similar to the other beetles, scarab beetles possess full metamorphosis. The life cycle comprises of the eggs (which the female scarab beetle lays), larvae that grow by feeding and shaped in the form of C, pupa shaped similar to the moth”s cocoon stage, and adults that mate and continue the cycle once again.
The diet of the scarab larvae consists of the rotten parts of the plants, roots, carrion (dead animals) and dung (or poop). Scarab beetles” diet consists of several types of food comprising of mushrooms, fruits, flowers, dung (poop), pollen, leaves, plant sap and nectar. Light attracts most of the mature Dung Beetles at night. It is possible for you to see the dung beetles in your back yard by switching off the porch light and observing them flying to the light.

Till the 19th century, when Jean Henri Fabre made a study on the Dung beetles, there was much misunderstanding about their behavior. The myth was corrected by Fabre as when the Dung beetles had a confrontation with an obstacle, it would seem that they would look for help from the other Dung beetles. When he experimented and observed, he came to understand that the apparent helpers were actually waiting for a chance to rob the roller”s source of food.

The scarab beetles normally have sexual reproduction without any courtship. It begins when there is a unity of the female scarab with a male scarab in constructing a nest. They both work in unity to construct several tunnels in the nest, in spite of the fact that, the majority of the work is done by the female. The duty of the male scarab is excavating and making available the provisions for the female to build the nest. The moment the female lays the eggs, which are more or less 1/3rd the length of the scarab”s body, the larvae hatch and have a feast of the nutrients in the nest. It is here that the pupa or chrysalis gets transformed into a matured scarab beetle. Once the beetles come out of their parent”s old nest, they proceed to a fresh patch of dung and repeat the cycle over again. The parents remain in the nest and the young ones live on their own.

The diet of the adults is varied, several of them feed on fungus, carrion, dung or several decomposed matter, few of them feed on nectar/pollen, sap, foliage, fruit; some are pests of agriculture, other beetles are good pollinators. The larvae in particular feed on matter that is decomposed, such as carrion, dung, etc. or perhaps reside in the soil and dirt on the roots.