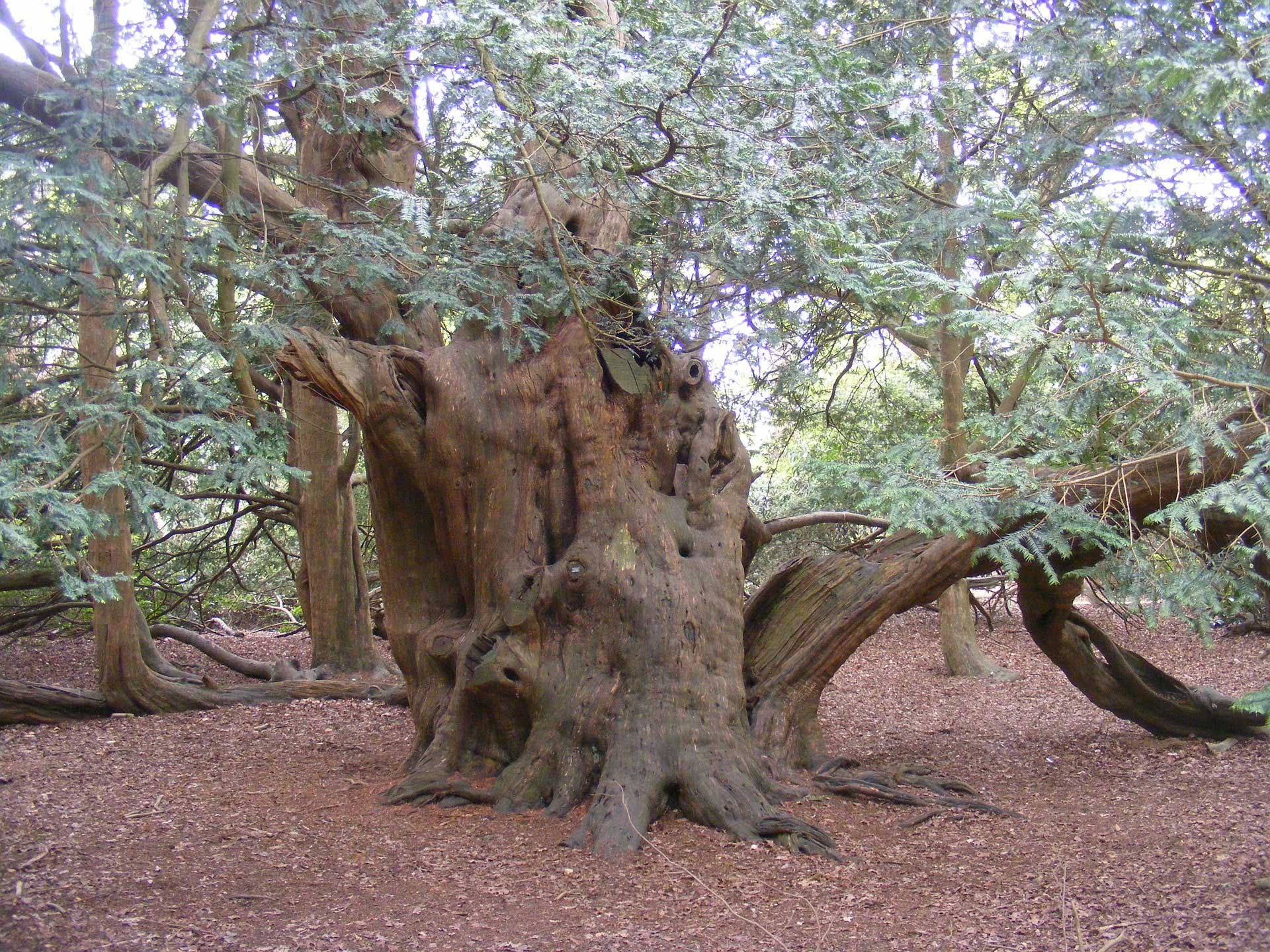 Yew tree is a conifer tree. It is native to central, western and southern Europe, northwest Africa and southwest Asia. It is known as Taxus baccata. Now it is known as European Yew or English Yew. The common yew was first described by Linnaeus. The word “yew” is derived from Proto-Germanic. Yew Tree is a small to medium sized tree. It is an evergreen tree that grows to a 10 to 20 meter height. Seed cones of these trees are modified, and every seed code contains a single seed, which is surrounded by a scale that develops into a bright red, soft structured berry called Aril. After pollination Aril matures in 6 to 9 months. It is interesting to note that, except Aril, all parts of yew tree contain poisonous alkaloids. The Aril is edible and sweet, but the seed is poisonous. Yew poisoning can cause heart failure, muscle tremors, difficulty in breathing and may cause death. Yew tree is a long lived tree. It is an interesting tree for many reasons.

The leaves of yew trees are dark green, flat and 1-4 centimeter long and 2-3 millimeters broad. The bark of the yew tree is thin and scaly brown in color. The leaves of yew trees are poisonous. The growth rate of these trees is relatively slow. The English parishes grow yew tree in the churchyard because it has toxic properties. It is a symbol of sadness. Yew trees have separate male female plants.

The yew tree is found in the churchyards of England, Scotland, Ireland, Wales, and France and in Spain. According to Austrian culture and tradition, the yew tree has a real relation to the ancestors, the people, land and the ancient culture. As a symbol of the transcendence of death, yew trees can be found near the churches, chapels and cemeteries from ancient times. An ancient yew tree was at the Temple at Uppsala. It is a sacred tree. Yew trees have a natural habitat. According to Austrian tradition, yew trees are planted at religious sites. It is also planted to discourage drovers and farmers. In the bark of the yew trees, many compounds are found. These compounds that were discovered in 1976 by Monroe Wani and Mansukh Wall have been used as an anti – cancer agent. In the central Himalayas the yew tree is used in the treatment of ovarian and breast cancer. Clactonian yew is the world’s oldest surviving wooden artifacts, found at clactonian-sea in 1911. It is about 450,000 years old. European yew is used for ornamental, horticultural and landscaping activities. The wood of the yew tree is reddish brown in color and is used in the making of bows. Yew longbow was used in the battle of Agincourt, by the English in the defeat of French cavalry in 1415. Sometimes the wood of yew is twisted and knotted, and therefore not suitable for making bows, because most trunks do not give ideal staves for a bow.

The European yew tree can tolerate the situation and can grow in a range of soils, like sandy, clay and shallow chalk soil. The branches of these trees are used as a substitute for palm. Yew tree can grow in dry soil. Manure and garden compost is ideal for good growth of the yew tree. Yew trees are not affected by cold and even snow.

Yew trees cannot tolerate poor drainage. Water is also necessary for rapid growth. They need lots of moisture and cannot tolerate drought, but over watering is not good for them. Yew trees are generally healthy and hardy plants. They can survive in every condition. But, the problem of the yew tree is a fungal disease, root rot, caused by poor or drained wet soil.