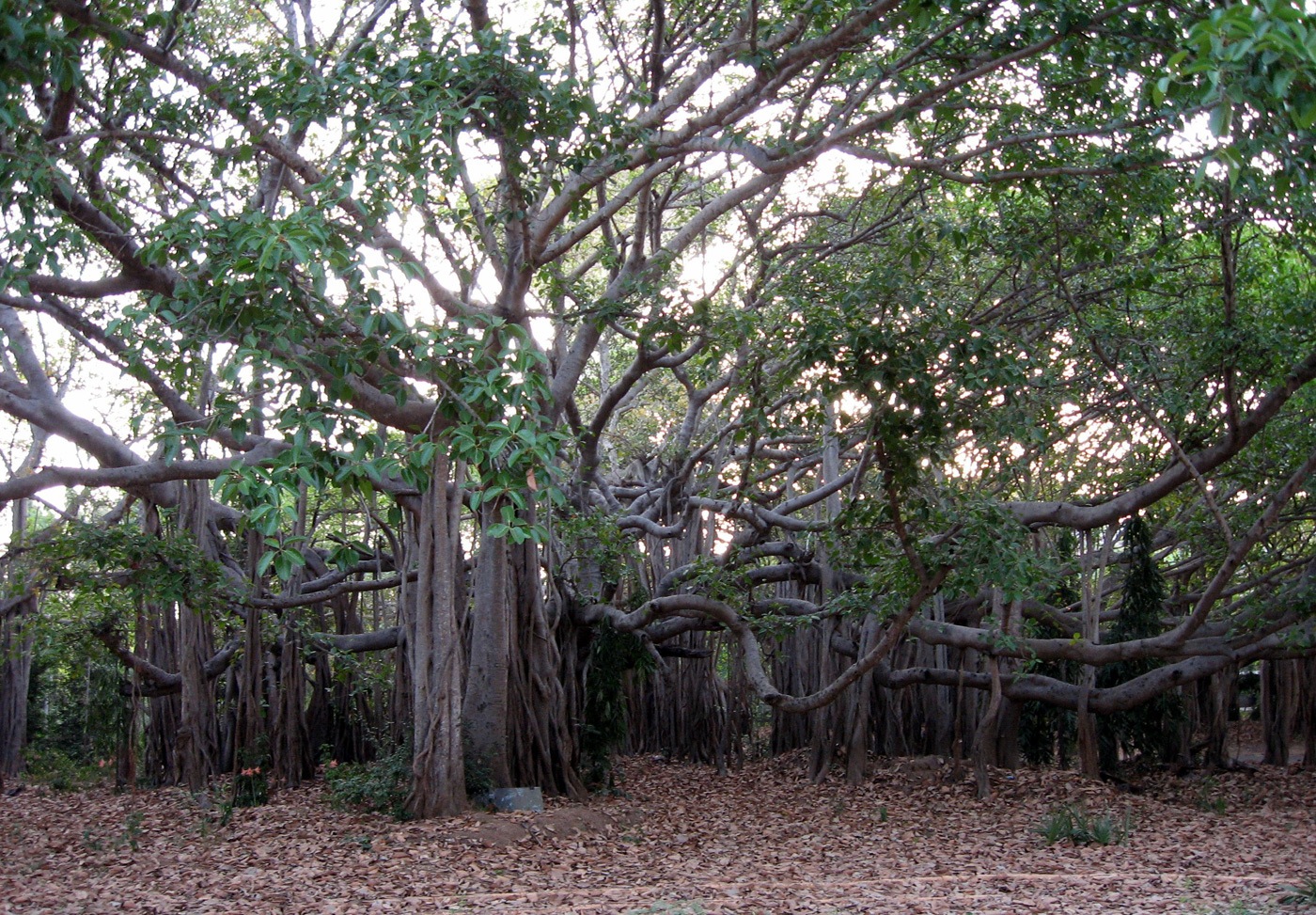 Famously known as ‘Bengal fig’ or ‘Indian fig’, The Banyan tree is a large and long living tree that continues to occupy more space with every passing year. With time, aerial roots emerge from it and hang in mid air, which later, turn into roots once they touch the ground. Due to this, it appears that the tree has several trunks. The Banyan trees in a cluster can provide some stunning views

It has received importance among various cultures such as Indian and Indonesian. It is recognised as the country’s National Tree in India. Furthermore, it is a symbol of unity and power in Indonesian culture and finds itself as a part of its coat of arms.

In terms of its utility, it is planted in order to facilitate soil conservation. Paper pulp and furniture are among many products that could be manufactured from it. Its leaves are used as fodder as it contains 9.63% of crude protein.

In its old age, a banyan tree resembles a small forest as its ‘accessory’ trunks engulf the tree. The world’s largest banyan tree discovered until now, was found in Sri Lanka. The tree had 350 major trunks along with thousands of other trunks. It is noted that as the tree ages further the original trunk decays and breaks into numerous sections. The accessory trunks separate to become trunks for various sections.

The Banyan tree derives its name from a Hindi word which means “a trader”, as it is believed that traders and merchants rested under its shade while travelling through diverse areas for trade.

The FicusBenghalensis is the scientific name for the banyan, that produces roots which hang from above as aerial roots. These roots are called propagating roots. On touching the ground, these roots turn into woody trunks, appearing as a separate entity altogether.

Its leaves are 20-40 cm in length and contain eminent lateral veins. The leaves are either leathery or entire in its texture and ovate or elliptic in shape. Without stalks, the figs have a diameter of up to 1 to 2 cm. These figs exist in pairs around the leaf axils. They turn bright red once they ripen.

The Indian Banyan’s fruit is a clear example of existent interdependency between varied species, especially in today’s fragile environment.

Although native to Southern and Eastern parts of Asia, it is recognised among ornamental trees and planted in various tropical countries around the world.

The Indian Banyan draws benefit from regular feed of organic compost that has been well-drained. A balanced feed of NPK fertiliser facilitates its growth. A well-draining soil that is moderately moist should always be preferred. The soil should be left to dry out before it is watered deeply. Although these trees are drought tolerant, its leaves may turn yellow and drop due to lack of sufficient water. Once matured, a banyan tree can grow up to 100 feet in height and expand across acres, with its leaves growing in size measuring up to 5-10 inches. It should be made sure that it is planted in an area with a lot of empty space. It must not be planted near foundations and certainly not, near driveways or streets as its canopy itself can cover a lot of space. Most importantly, it is never advised to plant it near your home.

It is ideal to plant the tree in an area that contains partial shade or bright light. The area should be chosen carefully as the movement of the tree later might result in the shedding of its leaves.