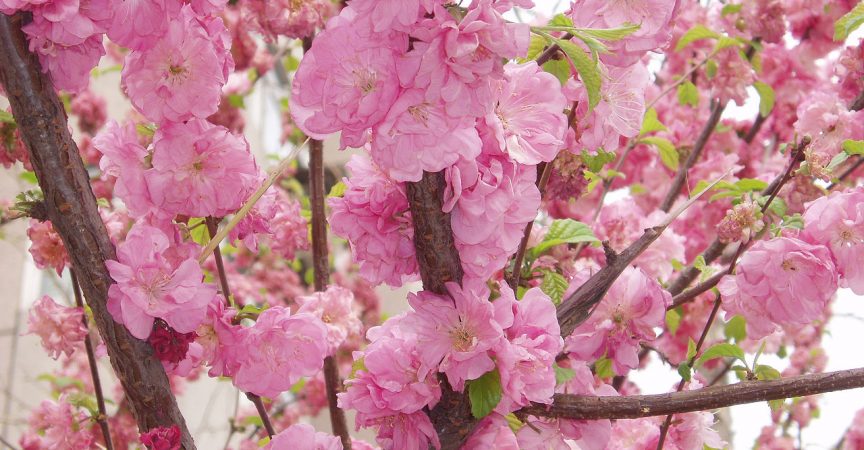 The Peach is botanically named Prunus Persica. It is a deciduous tree, basically from Northwest of China, located in the midst of the northern slopes of Kuniun Shan Mountains and Tarim Basin. This is where it was earlier brought under controlled farming. The peach fruit from this tree is juicy.

The variety called Persica, relates to the extensive farming in Persia. From there it was sent to Europe. It belongs to  the variety called Prunus;  Plums and cherries are included in this genus. All of them are from the Rosaceae Family. It is botanically called Prunus Persica giving credit to Persia (Presently Iran), from where it arrived in Europe. Research on its heredity proved that it is indigenous to China.

The world’s greatest producer of peaches is China.

The peach comes under the classification of almonds, which is from the subordinate genus of Amygdalus. The shell of its seed is corrugated, which makes it different from the other subordinate varieties.

Even though Nectarines and Peaches come under the same variety, they are considered as different fruits in the market. The fruit peaches have a typical fuzzy skin, the nectarines are trichomes or fuzz-less fruits. Studies on the genus proved that nectarines are created on account of the inherited allele (same gene with alternative forms). But peaches are created from a prevailing allele for the purpose of the fuzzy skin. The height to which Prunus Perscia grows is 4 to 10 meters (13 to 33 ft), and the diameter is about 15 cm (6 inches). They have lanceolate leaves, 7 to 16 cm (2.8 to 6.3 in) long and have a width from 2 to 3 cm (0.79 to 1.18 in), veined pinnately. Prior to the arrival of leaves, the flowers bloom at the beginning of spring. These flowers are either single or in pairs of diameter 2.5 to 3 cm. They are pink in color and have 5 petals. The color of the fruit is white or yellow; it is fleshy with a delicate smell. According to the cultivation, the skin is either smooth (for nectarines) or velvety (for peaches). The flesh of the fruit is fragile;  in certain cultivations it gets bruised quite easily, whereas commercially it is available in the solid form in certain types, particularly in the green stage.

The cultivars divide the peaches into two;  freestones and clingstones. In one,  the flesh sticks to the stone and in the other it does not stick. The flesh of both is either yellow or white. The acidity of the one with white colored flesh is mild and very sweet, whereas the peach with yellow flesh has a sweet taste but also an acidic tang. This too differs to a great extent.  The skin of these two is generally colored. The white-fleshed ones, with low-acid are very popular in Japan, China and the neighboring countries like Asia; whereas the yellow-fleshed ones with more acid are favored traditionally by North Americans and Europeans. In order to get good yields, peaches are planted, fan trained against a wall facing the southwest or south or a fence, in soil that retains moisture is properly drained. The peach blooms in the beginning of the year, as such, do not plant them in frozen ground, as far as possible, and select the location which has good shelter

Prior to planting stretch out many parallel training wires towards your support kept vertically, placing them at distances of 15 cm (6 in) apart, beginning from 30 cm (12 in) from the ground level.

Plant peaches with exposed roots from the month of November to the month of March, at a distance of 15 to 20 cm (6 to 8 in) away from the wall with a slight inclination towards the wall. In case you intend to plant many then keep them at distances of 3.6 to 4.5 (12 to 15 ft) apart.

Purchase a second hand trained fan,  saving money and time. See that it fans a minimum of eight branches. Spread out the branches evenly over the wall, retaining 4 branches on either side. They are tied up to the supports, previously attached to the wire.

There is a possibility that the soil underneath the walls may get extremely dry. Therefore, it is essential that you keep a close observation while watering. At bright and sunny periods and in dry weather, water them properly.  But, do not water irregularly or excessively, leading the fruit from not becoming being ripe and the skin to crack.

Biweekly,  supply them with a high content of liquid potash and while it grows,  water the trees grown in containers more or less daily.

While growing peach tree, you should give it consistent and faithful flow of water, and increase the quantity just prior to reaping.

Peaches require fertilizers rich in nitrogen in excess of other fruit bearing trees. Inadequate supply of fertilizer makes the leaves of peach tree become yellow and show under development. The right type of fertilizers is bone meal, blood meal,  ammonium and calcium nitrate.

Since the peach flowers show incredibly in the beginning of the year, frost is likely to damage the probable yield;  therefore shielding these flowers is essential.

At the time when the peach tree blooms, the insects that pollinate them are few in number; therefore it is advisable to pollinate them manually. The transferring of the pollen grains is done manually on  sunlit afternoons by  pressing  the bristles  of a tiny paint brush inside each flower.

Thinning is required at the time when the fruit is seen. Discard the misshaped, badly placed or tiny fruits the size of which is almost as  broad as the nail of your little finger.  Your intention must be  to obtain each piece as big as 15 cm (6 in).

Every year, during the month of February, provide your trees with granular fertilizers that are balanced. Spread 100g per every square meter (each square yard 3 Oz) around the root space.

Every branch that emerged during the last season bears fruit; therefore it is essential to prune the branches that have borne fruit in order to obtain new and immature branches.
Prune the fan-trained peach trees during the summer season to make certain there are ample branches to bear fruits.

Peach leaf curl: This a kind of disease caused by fungus, where  the foliage is indistinct. Further,  they have profound pink colored markings of spores that,  in due course,  are covered by white spores. The leaves drop early, and vitality of the tree is lost.

Remedy: When the rain splashes the fungus spores multiply. Prevention of this disease caused by fungi is done by wrapping the trees and  shielding it from the rain using  sheets of plastic during the months of January to May.

Scaly insects that resemble the limpet,  suck the sap from the trees by which the plants lose their vitality,  thereby secreting a sticky substance named honeydew that enables  the growth of the sooty molds. Normally this pest is seen beneath the foliage and on the stems.

Remedy: Suppose you notice these pests at an early stage, it is possible to discard them manually. Invasion of these pests is controlled with the help of spraying organic sprays or pesticides during the summer months. When the trees are inactive, make use a kind of plant oil named winter wash.

It is the right time to reap the fruits when they are completely colored and the fleshy portion of the fruit is feeling  soft at the stalk. In order to pick the fruit, cup the palm of your hand and tenderly lift it. Let it come off the tree with ease. Regularly visit your tree to pick the fruits, because all the fruits will never get ripe at the same time. The best time to consume the peach is immediately after they are picked.