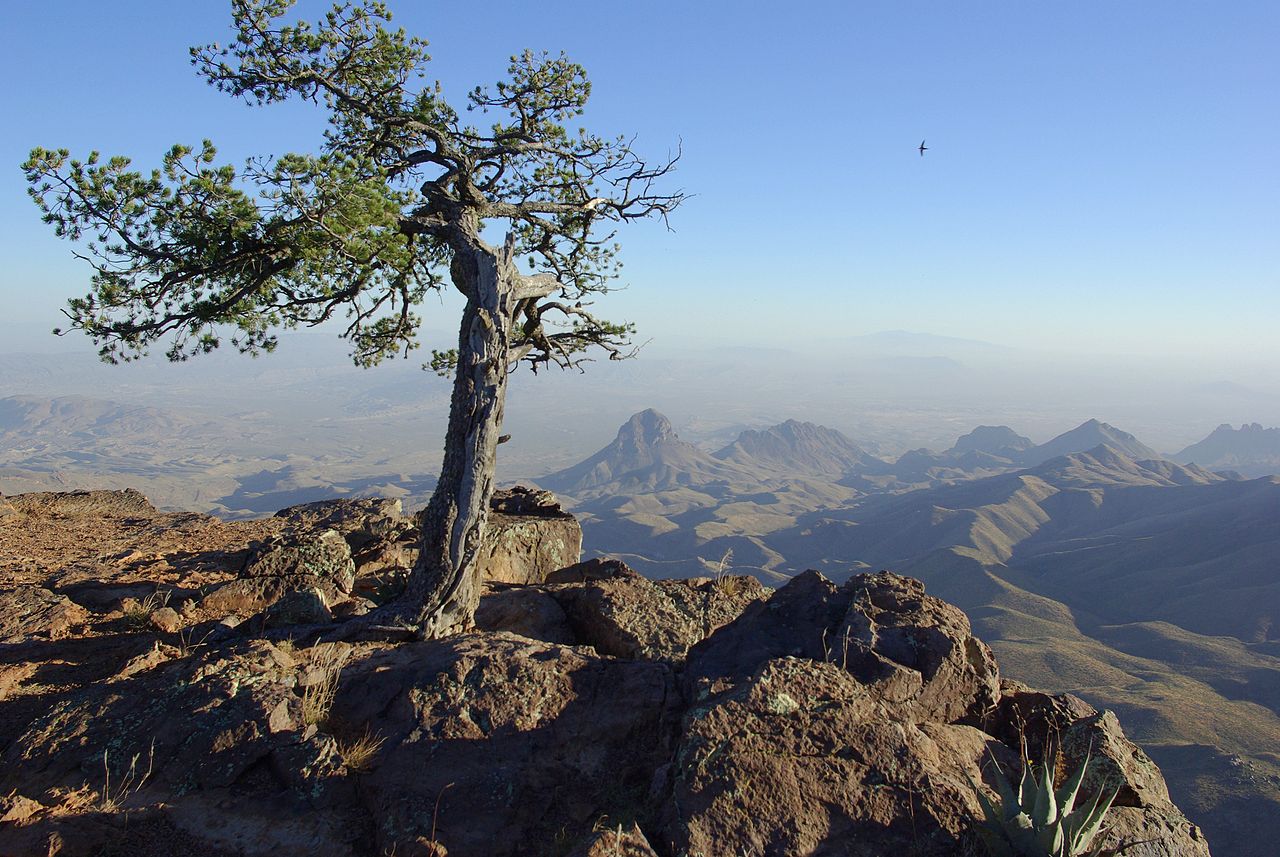 Mexican pinyon tree is also known as Mexican Nut Pine, Pinus Cembroids, Mexican Stone Pine and Pinyon Pine Tree. It was named by Zuccarini in the year 1832. It was the first pinyon pine tree and is the most important commercial tree. It is a small to medium sized tree. This tree ranges from 26 feet to 66 feet in height. It is a slow growing and long lived tree. It is bushy and evergreen tree. They have edible pinyon nuts, which are eaten by Native Americans. Their wood has a distinctive fragrance when burned. On 16 March 1949, New Mexico adopted this tree as their state tree. Nevada also adopted the single leaf pinyon tree after ten years, as their state tree. In the series of pinyon, the Mexican pinyon is the dominant tree. It is native to New Mexico and Arizona. There its seeds are sold as nuts by local residents. The nuts are harvested for gourmet and local market in the autumn season. These nuts are very sweet and tasty. They contain 3ooo calories per pound and 20 amino acids. The Pinyon nuts can be eaten raw or after toasting. They have a delicious and wonderful flavor. They are a good source of food. It is also a good source of turpentine, rosin, pitch and tar.

The Mexican pinyon tree ranges in distribution in Texas in the United States, and in Mexico. It occurs along the Sierra Madre Occidental and the Sierra Madre Oriental, and rarely in the eastern Eje Volcanic transversal range. It can live in areas where rainfall is very little. These trees are found in the Nevada and California and throughout the southwest. It grows in an arid climate, and on mesas and on rocky slopes. The nuts may take 2 to 3 years to mature.

The nuts of Mexican pinyon trees are edible, nutritious, delicious, and rich in Vitamins A, carbohydrate, proteins, fats and iron, thiamin, niacin and also in riboflavin. These nuts are a highly coveted crop. It has long needles which are 1 to 2 inches in size. These needles are pointed at the tip and are thick. From a papery sheath, these rise in pairs. These have a distinct profile and have rounded crown, thick trunk, and numerous branches. These trees live longer and their fruits are reddish to brown in color, oval to globular in size and are 1 to 3 inches long. The nuts of this tree are very simple and are stored in the shells. For preserving the nuts, you can store them in containers. The leaves of this tree are simple and have a shape like a needle. These leaves are fragrant and evergreen. The color is blue-green or blue. The color does not change in the fall. The flowers are monoecious but both female and male can be found on the same plant. The flowers are pollinated by insects and the winds. These plants are not self fertile. Hot and dry locations are good for plant. For the Mexican Pinyon tree, mulch is required. In cooler months, mulching once in a month is ideal and in warmer months, mulching twice in a month is ideal for them. They are not suitable to plant in the lawns. If you are considering planting it in places with heavy rainfall,  you should ensure that there is a proper drainage system to prevent root rot of the tree.  If you are planting it near your home, you should have to be careful about proper shade, sunlight and windbreaks. Planting in a sunny spot and dry areas are ideal for them.

The Mexican Pinyon tree grows well in rocky, gravelly and dry soil. Moisture conditions are good for them. It can also adapt a wide range of soils. Well drained, clay, soil is also good for them. Sandy and gravelly soil is also suitable. Poorly drained soil is not good for them. They cannot survive in these types of soil. But they can grow in nutritionally poor soil.

Once the Mexican pinyon tree is established it does not require additional water. It can tolerate drought, but cannot tolerate a high water table. The watering frequency depends upon the size, soil type, exposure, and climate condition. Too much of water is not good for them.

Caring of for the Mexican pinyon tree includes pruning, to maintain its shape. For best care, spray insecticides to protect them.

The Mexican Pinyon tree is used as a food for wildlife and habitat for deer, bear, Pinyon jays and for squirrels. For landscaping, it is used as beautiful ornamental tree and screening element. It is also suitable for recreational plantings. Its wood is also very useful. It is used for making cradle boards and for weaving implements. For dye wool and waterproofing basketry. The resin is also used. The branches and are used in the construction of fences, hogans, fuel and for fabricating a sweathouse. It has medicinal use and is also used as material for fashioning tools. The burning resins and the needles of this tree and the inhalation of the smoke proved  a good treatment for the common cold. The resins are used as antiseptic in the treatment of lanced skin infections. This tree is also used as shelter for wildlife. You can also brew a cup of tea by boiling the needles of this tree. This tree is rich in vitamin A and C.  A gum is also produced by the pinyon tree. It is used in the repairing of pottery and for waterproofing. The turpentine of this tree is used for making varnish, medicines and it is also a good solvent for waxes. The nuts are ground into powder and can be used in the making of cakes and breads. It can be eaten roasted also.

The Mexican Pinyon tree is  pest tolerant,  but it is infested with mistletoe. It takes moisture and nutrients from the tree. This insect is harmful for the tree. This insect turns the tree brown and leads it to death. Pine tip moth is another pest of this tree. It kills the new growth of the tree. By the stress of drought, these trees are killed and attacked by the  Ips beetle insect. It can damage the whole tree. To prevent these insects, sprays of insecticides are good. It will protect the whole tree.