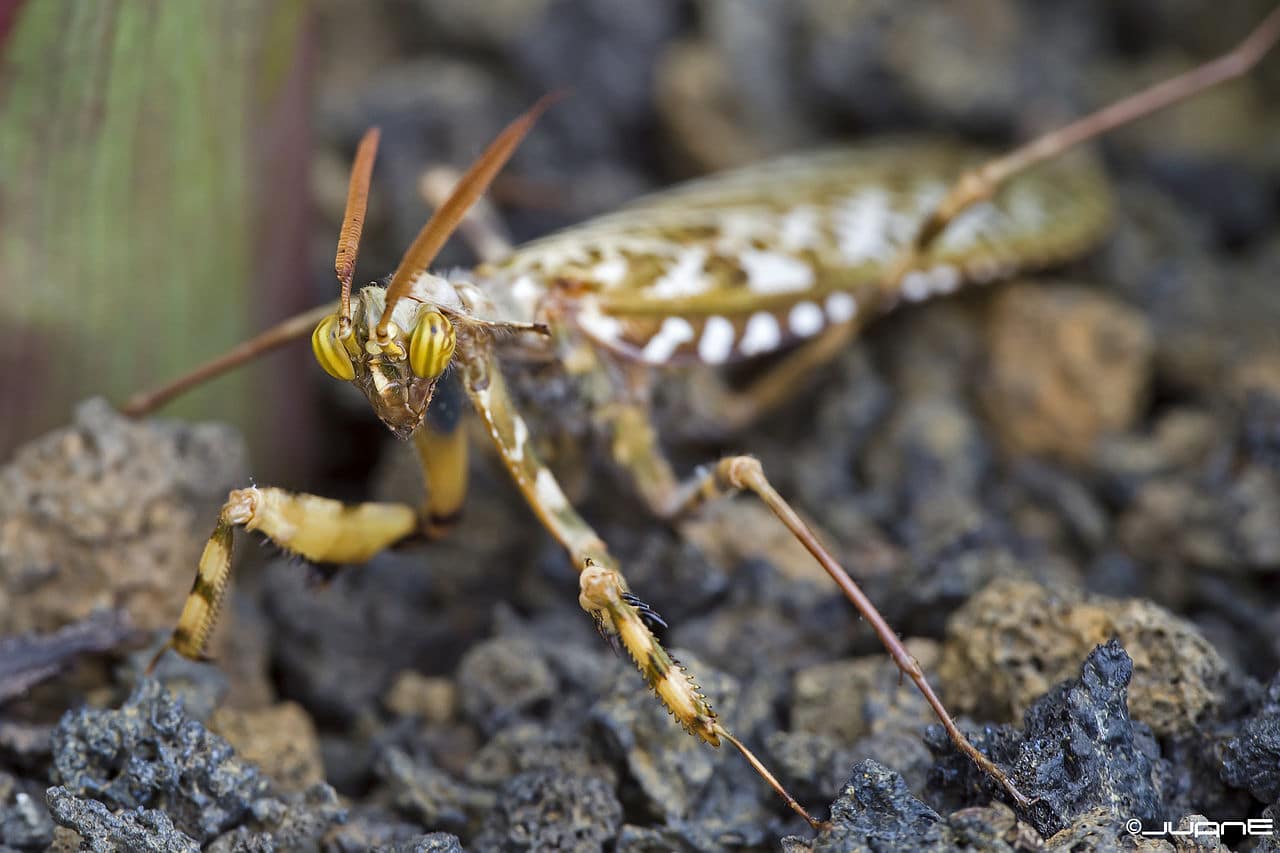 The Devil’s Flower Mantis or Giant Devil’s Flower Mantis, also known by the scientific name Idolomantis diabolica is a native of Tanzania and considered to be one of the largest praying mantis species that resemble a flower. It is often confused with the small devil’s flower mantis (Blepharopsis mendica) which is also called as Devil’s flower mantis by many people. The gorgeous looks of the Devil’s flower mantis, its size and its rarity has also earned it the name of “King of all mantids”. These features have made this creature one of the most sought after species of mantids to be kept as pets.

The devil’s flower mantis is a stunning and large sized insect that mimics a flower. It is characterized by white, brown, burgundy, and green colorations on its body. Its brilliant green wing case has a large ocellus in the center. Its green or brown colored body together with leafy projections on its legs makes this insect a true master of disguise, allowing it to blend with its surroundings. As with all other species of mantises, the male has 8 segments on its abdomen whereas the female has 6 or 7. This difference in the number of segments helps in the easy determination of the sex of the insect. Another difference lies in the appearance of the antennae. The antenna of the male is feathery and split while that of the female is long, slender and straight. Both male and female of this species, has fully grown wings that extends over the abdomen. This insect is not a very active one and you will often notice your pet mantis spending hours or even days sitting in the same spot. They use their excellent camouflage skills as a means of defending themselves from predators and also to hunt down their prey.

Being a native of Tanzania, the devil’s flower mantis would have to be kept in higher temperatures than most other species of mantis. The best temperature range for this insect would be 25 to 35 degree C. Any variation from this temperature range is not desirable. The high heat can be maintained inside your pet’s enclosure by using a heat lamp or heat mat. As adults, humidity is not an important factor and so spraying is not required. However, in order to avoid problems during shedding, it would be a good idea to spray the enclosure occasionally. The devil’s flower mantis has a rather complex structure and so a little misting will help to soften the skin, making it a lot easier for the insect to shed its skin.