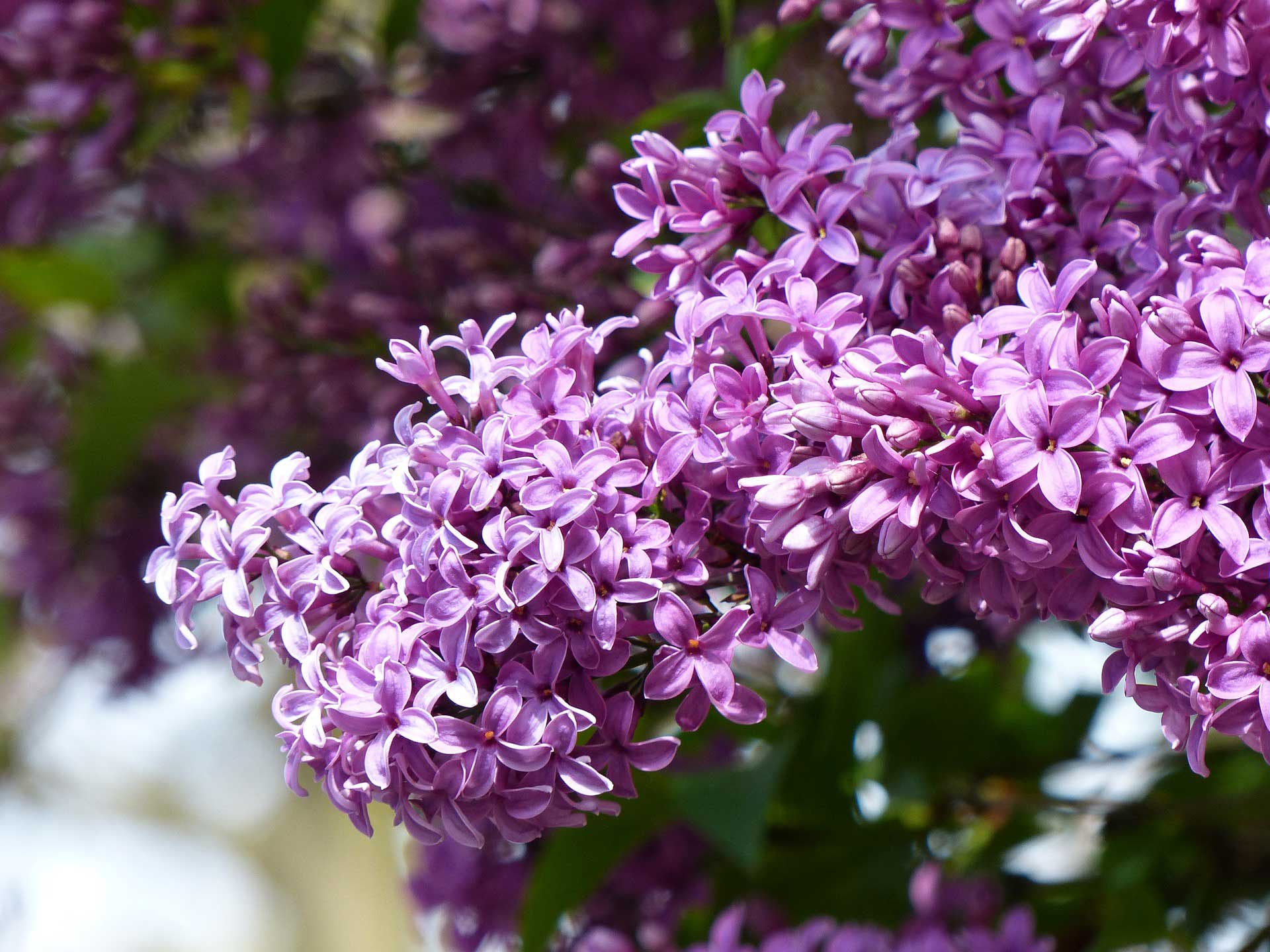 Lilacs (Syringa) of the Olive family Oleaceae, comes out in varieties of 20 to 25 flowering timbered plants. They are inhabitants of the shrubs and woodlands extending from the south east of Europe to the eastern parts of Asia. Their cultivation extends to other places of temperate zones as well. This particular species got its name from the Greek word Syrinx, which means, a pipe or hollow tube. It  refers to the wide pitch in the shoots of some of the varieties. These were hollowed out during the  ancient days in Turkey for making reed flutes and pipes. The common name in English is “lilac,” obtained from the Persian word nylac or the Arabic word laylac, both of which allude to the meaning,”blue.” It was Pierre Belon during his visit to the abode of Sulieman the magnificent of Turkey, who first described it.

The Lilac shrubs are small trees that grow from 2 to 10 meters (6’ 7”–32’ 10”). The stems have a diameter of between 20 to 30 cms or 7.9” -12”. The oppositely placed leaves have a heart shape or have a  broad lanceolate shape, and sometimes manifest in whorls of 3. The leaves can also manifest as pinnate occasionally. The flowers that bloom in spring grow to a size of 5 to 10 millimeters (Inches 0.20-0.39). They have a 5 to 20 millimeters (Inches 0.20-0.79) long tubular narrow corolla of 4 lobes. They are bisexual and each flower has a stigma and fertile stamens. Give your lilacs sufficient space to grow. If you are planting a fence of bushes, you need a minimum area of 8ft in width and 10 feet wide for a shrub. For commendable flowering, you need a minimum of 6 hours sunlight in a day. Give your lilac well-drained alkaline soil. While planting,  add to the soil a handful of lime and repeat this process every six months for maintaining the shrubs in peak condition.

Lilacs are tall plants of 10 feet height suitable as border plants and for placing behind shorter plants. If you take care of the lilies well and maintain them in good condition they produce attractive flowers for years. Bear in mind to water your lilies properly without fail all through the summer. In order to have the leaves firm and healthy, water them frequently during dry season.

In the States lying in the Northernmost zones 3b through 5a, you can see the first lilac flowers in early to mid-May, or at times, near the Memorial Day adjacent the Canadian border. Late-flowering or mid-season flowers occur across the country in sequences. Japanese tree lilies  start to bloom in the South towards the end of April and not as early as June in states like North Dakota.

When your lilies bloom in full, sprinkle a little lime and properly decomposed manure around the base. Give the bush a trimming and in the meantime,  remove suckers. Majority of the lilacs, flower on the previous year’s growth. Prune them immediately after blooming. The following season’s flowering depends on when you prune them. Take into your home your cut lilies and get pleasure from their fragile perfume and multiple colors. These cut lilac flowers require much care when cutting,  before you can think of decorating in vases. Unlike other cut flowers, these woody-stemmed plants need careful managing. Just placing these cut flowers in a vase of cold water will in a few hours time lead to limp flowers. Your lilac cut flowers remain fresh and lovely for a pretty long provided you take proper care in cutting and preparing them.