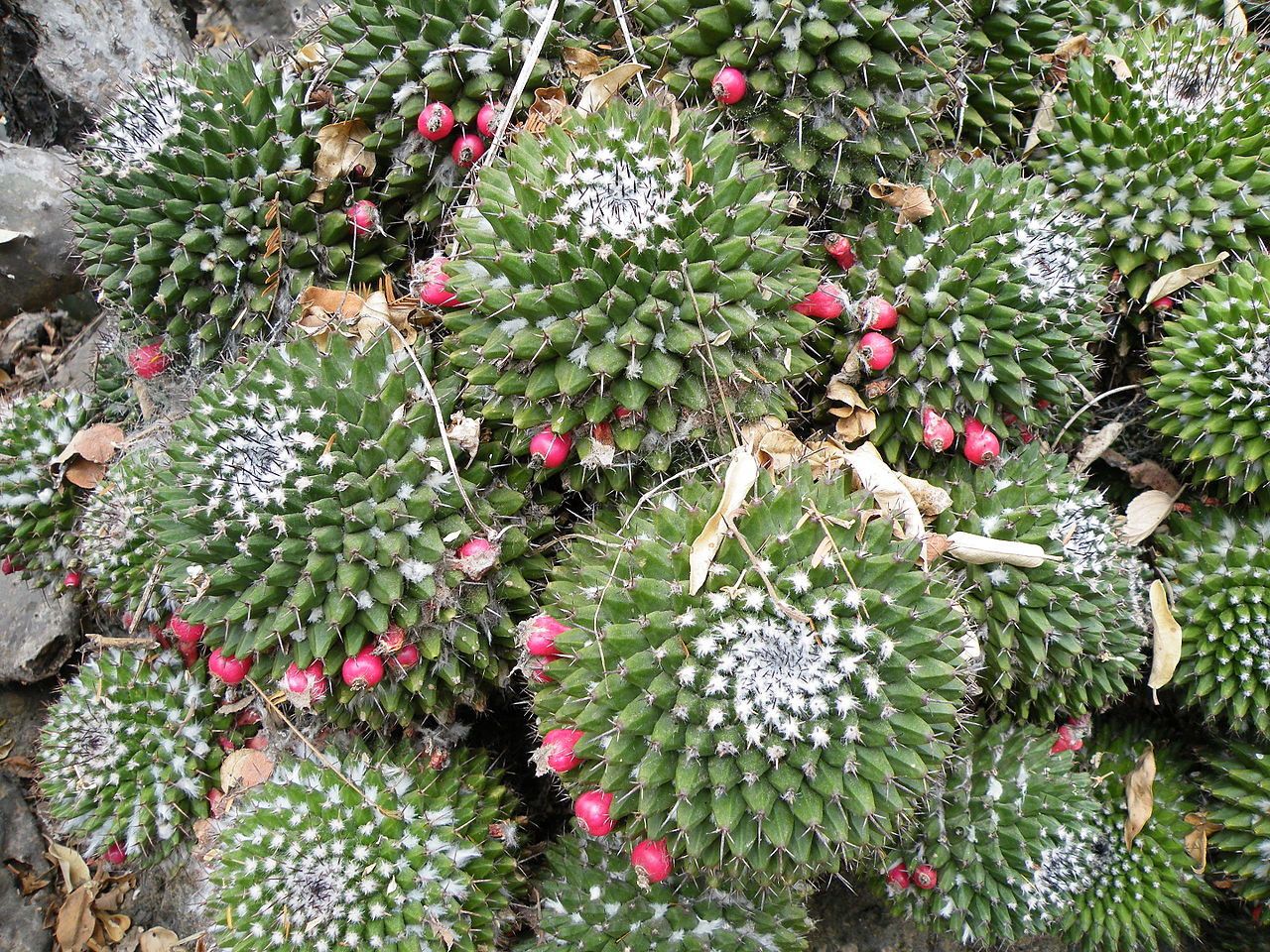 Mammillaria is a genus of the cactus group (Cactaceae), which is the largest, belonging to the 171 species that are known so far, and those varieties that are accepted. Most of the Mammillaria is indigenous to Mexico; however, a few of them belong to the southwest of the USA. They are there in Colombia, Guatemala, Venezuela, the Caribbean and Honduras.. “Pincushion cactus” is the general name by which they are called, and the nearest genus.

It was in the year 1753 that Carolus Linnaeus portrayed the initial species as Cactus Mammillaris. This name was derived from the Latin word Manila, which meant ‘nipple’, this is referred to the tubercles found among the distinguishing characteristics of the genus. In the year 1812, Adrian Haworth, a specialist in cactus gave an explanation of this genus Mammillaria to include this and the connected ones. Several varieties are called by the general names such as Fishhook Cactus, Nipple Cactus or Pincushion Cactus.

The plants are under the small category, length and globe-like; their stems are either in clumps having mounds to the extent of 100 heads, purely tubercular or single and of diameter 1 to 20 cm and of height 1 to 40 cm, with radial symmetry.

The flowers of the Mammillaria are shaped like a funnel and of length 7 to 40 mm and more in diameter. They are colored pink, yellow, green tinted and red; their middle stripe is often darker in color. The red tint is because of the normal Betalain pigments of Caryophyllales. The fruits of this plant are either oblong or shaped like a club, just like a berry, normally red in color, the other colors are magenta, white, green or yellow. In certain varieties, the fruit is embedded in the body of the plant. The seeds measure 3 mm in size and are colored brown or black.

The driest deserts are where we find these plants; they grow mainly in the mountain ranges towards the eastern side of the Sierra Madre, which is above sea level, at an altitude of 400 to 2,000 m (1,300 to 6,600 ft.). We find this cactus used as a decorative plant all over the world. In the cactus group Cactaceae, the Mammillaria is one among the biggest ones. Presently there are 171 types identified and approved. The majority of them are indigenous to Mexico; however, few originate from the south west of the USA. You can also find them in Colombia, the Caribbean, Guatemala, Venezuela and the Honduras. The usual name “pincushion cactus” has reference to this plant and the Escobria genus to which it has close relations.

There are a variety of commercially available soils, peat based compost, soil based compost and recycled garden composts. In order to make the compost porous, mix sand of horticultural grade; so that ultimately, the compost will have from 30% to 70% grit. In order to have the ideal proportion of compost, grit and sharp sand, depending on the growing conditions and on the material locally available, a proper research would be ideal. The Mammillaria plants are tiny, at present, they are considered ideal for wholesale distribution, and the propagation. The popularity of this genus, led to the vast research and led to the discovery a  variety of plant such as Hahniana Spinosissima, Bocasana, Tetrancistra, and the like.

The majority of Mammillaria is enclosed in protrusions, for which it is named. The numbers of needles as well as their shapes differ to a great extent. As such, there is the probability of cactus acquiring an oval form like a cylinder (a cluster of them) or perhaps round form. The length and texture of the spines differ. A few of the spines are fine and soft like hairs, while some of the spines are sharp with bristles. Apart from this, some varieties are spineless.

In the winter season, maintain the plants almost totally dry, but provide water once monthly just to avoid the roots from getting totally dry.

The plant starts growing from the month of March, You gradually begin to  increase watering until the end of May, when your plant is fully grown. Since the compost does drains freely and your pot is porous, there is no harm in watering your cactus weekly once in summer, provided your potted plant drains well and does not stay in a pool of water. When the climate is hot, it becomes necessary to water the plant daily once, to promote lively growth. Decrease the amount of watering towards the end of September, when the plant switches onto a condition of dormancy, you continue watering towards the beginning of November approaching winter.

When cultivated, maintain the temperature in the range of 20 to 30°C. During the night a dip of 30°C in the temperature is permitted, during summer and to 18°C in the winter season. Growing your plant outdoors during the period from May all through September is a good method to maintain it. Just keep it in a place where it is sunny, where the plant gets strong sunlight. Ensure that it is not affected by the severe sun of the noon heat. Beginning from September right up to May move the cacti on the window sill close to the cool East or West direction.

The Mammillaria plant even though it grows small; is a variety that flowers with ease. When indoors, it prefers a little bit of direct sun and brilliant light, but when grown outside, it prefers total sun and noon shade. Be very careful while handling them, since they have spines on them.

Mammillaria is a best grown cactus as a potted plant. This cactus stays sufficiently small throughout its life, when placed on the window sill where sunlight is available. Flowers and plants grow with ease every year, most confidently.

The issues related to Mammillaria need individual attention and concern. The problems are many; however, preventing them is not an issue. In case you neglect preventing them, deal with them with proper methods. However, in this case curling of leaves is out of the question, since they have no leaves; however the other issues related to it are numerous for solving.

The Well Known Mammillaria Pests Are:

When you find eggs on the tips of the spines or the ants seen on the spines, it is understood that they are sucking the sap of the plant and killing it. Such situations need instant cure. Constant spraying or washing and use of insecticides are required. Even if the plant is dormant, remove the pests.