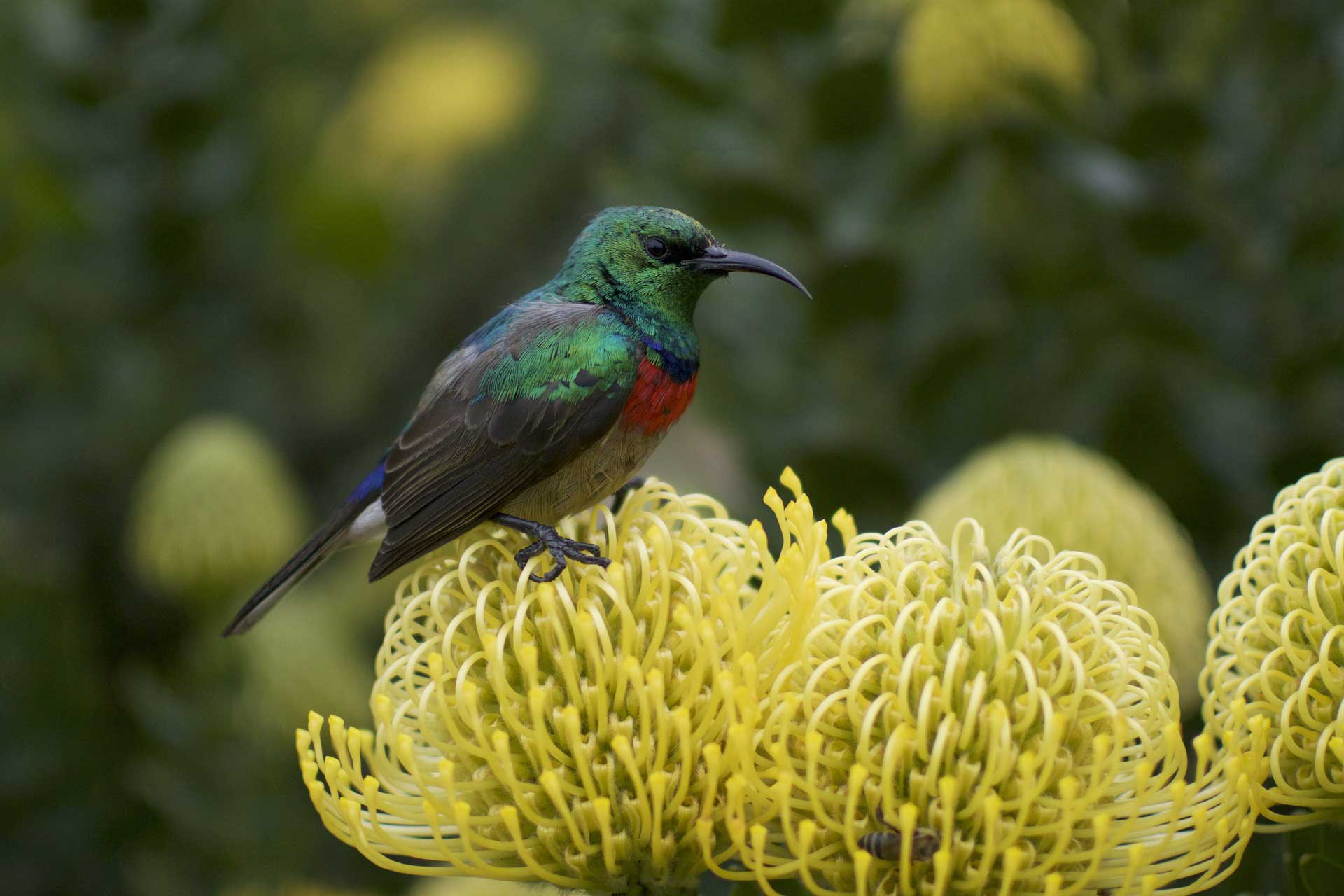 The exotic flowers Protea belong to the pre-historic group of flowers that existed on earth 300 million years ago. According to a Greek mythology, the name protea derived from” Proteus,” son of Poseidon, the Greek God of the Oceans.  Proteus was a God of the sea, who had the gift of prophesy about all things, future, past and present. Proteus was insubordinate and preferred to rest on his Island Pharos, than prophesize.

This huge bowl shaped flowering plant, called the king of Protea, is a very impressive plant among the Proteaceae family, and enjoys the status of the national flower of South Africa. The shrub of this king Protea is woody; having stout stems with bunches of little crimson or pink colored flowers, grouped together in the form of a large head of flowers.  Lean and multicolored bracts and leaves that are flat and shaped like a paddle, envelope them. Protea plants grow in climates of particular characteristics specified in Sunset Garden Book 21, 22, and 23 but do not flourish in the low-lying cold areas. In the 19, 20 & 21 regions, plant these plants on high ground only.  Protea flowers last for 2 hours with little or no leaf damage if you maintain the temperature at about 28°F.  The Protea displays optimum performance and successful growth if planted in properly drained soil, such as decayed granites, full sunlight and proper ventilation. Avoid planting them in soil having phosphorus as fertilizer residues from the previously cultivated soil or in old grave areas that have suffered contamination by cultivating Phytopthera Cinnamoni earlier.

Proteas prefer wet to dry cycles; thus provide a drip system and weekly once, water the proteas with almost one gallon of water in the cold months and a little additional watering in the hot summer months.

The brilliant Protea, have flowers that last for a long period, normally autumn to spring.

Prune them while blossoming and after blossoming. Cut back the stems leaving four or five leaves under the cut to keep the plant whole. Remove the withered flowers and thus enhance fresh growth. Weekly once, water the plant at its base without wetting the leaves. This helps to meet the demand of protea cut flowers for many types of export markets, where the demand for flowers vary from season to season. In order to maximize flower’s vase life, take care of these striking flowers in the following manner:
From the end of the stem cut almost quarter inch, shred all the leaves that would go beneath the surface of water in the vase and keep it in the vase containing a mixture of water and domestic bleach (almost a quarter teaspoon per quart of water) as early as you bring them home.