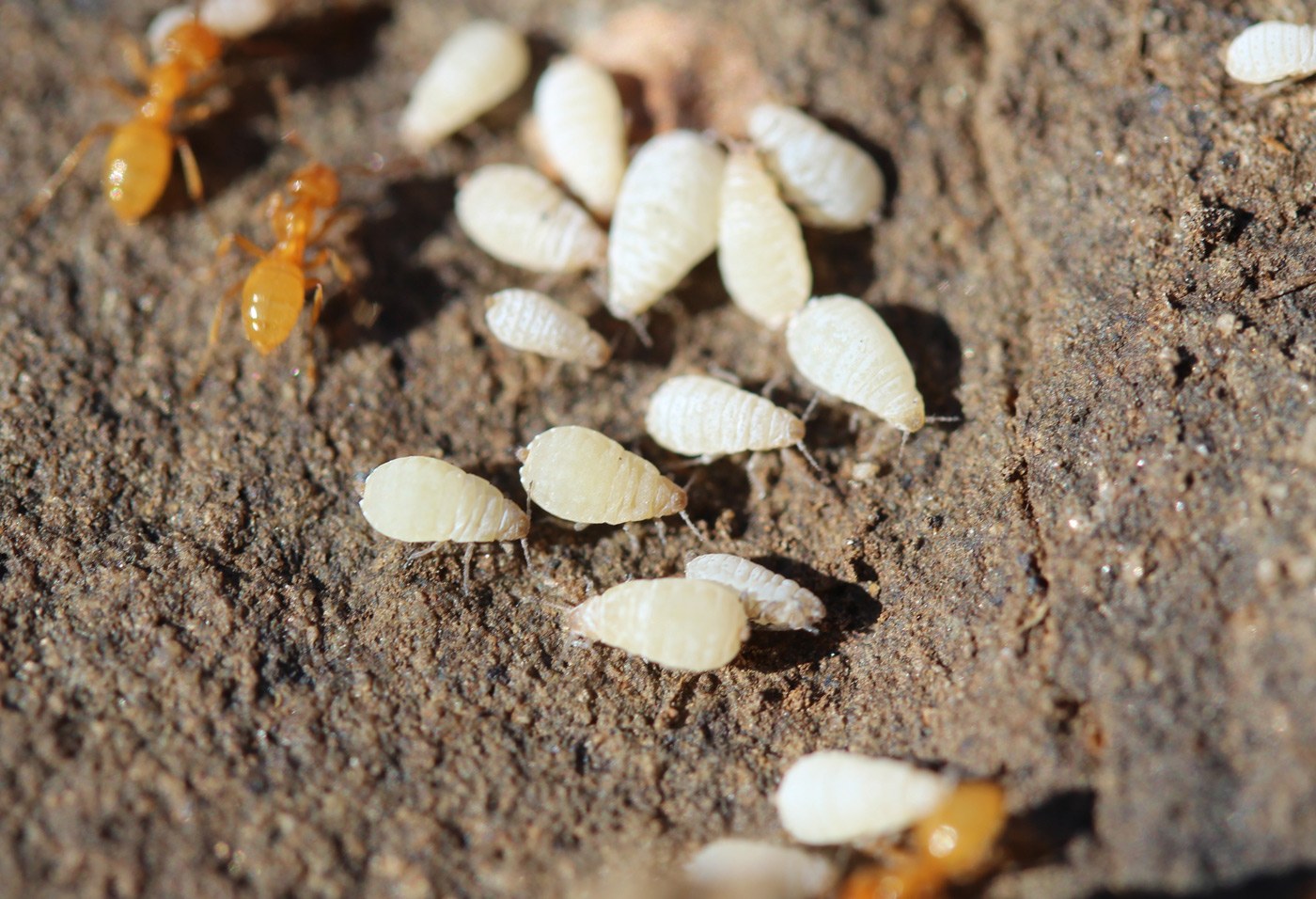 Acanthomyops, otherwise called citronella ants, are a genus of ants, which, when troubled, discharges alarm pheromone which smells like citronella or “lemon”- These pheromones are chemicals composed of Hydrocarbons, Terpenes and Ketones, which the ants discharge  from their Dufour’s gland (an abdominal gland) and from its mandibles.

The citronella ant derived its name from the odor of the citronella or lemon which people get to smell when a worker ant is crushed. These ants are big and yellow in color; therefore people call them “large yellow ants”. They also select moist places for making their nests; therefore some people also call them  “moisture ants.”

At times,  winged ants go out of their colonies for their mating flight, during which time citronella ants cause distress to home dwellers, who  get worried when the winged ants come out of the slits in a basement wall or a slab. But they are harmless. The best method of getting rid of them as soon as possible is with a vacuum cleaner.

There are two varieties of Citronella Ants:

Citronella ants make their nests in the soil. Their nests are made outdoors in rock crevices, below logs, in the timbers of landscape, in between crawl gaps and also near foundations. In the process of constructing galleries beneath the ground, they construct mounds of soil.

Their nests are most of the time made below porches and slabs. Occasionally they lift soil from the gaps in slabs, in the process, making their nests underground. House dwellers take it for granted that it is an activity of termites.

This type of ants is generally found in countries ranging from New England to the southern and Northern Pacific, and  further into Mexico and Florida.

Within the houses, the citronella ants build their nests where it is mostly moist,  inside the wood that is earlier rotted  by termites or fungus. The significance of citronella ants invading your home is that your home is affected with wet or moist areas. Hence, give priority in detecting the moist area, and you will find the source from which the ants originate.

The diet of the citronella ants comprises of live as well as dead insects, tiny insects and the honeydew that the aphids make, mealy bugs, insects with soft scale, plant hoppers and whiteflies. Within the nest, the queen ant generates new worker ants,  and from time to time, they also produce  winged females and males named farmers. These winged ants go flying out of their nests and mate. Immediately on mating, the male dies and the female that is mated proceeds as the starting queens in the new colony. The mating period of the citronella winged queen ant is towards the end of September and October (which is the swarming period).  Further,  they enclose themselves in a tiny nest within the decayed wood and go about their business of egg laying.

Then the worker citronella ants nurture and feed the ant larvae till they turn into the pupa stage. The developed ant will further come out as  worker ants and repeat the cycle.

Citronella ants definitely fall within the category of nuisance pest, but generally, one does not see them unless they manifest as Swarmers  that enter the house through cracks and door openings.  Though this is alarming to the homeowners, the one advantage is that these ants do not either reproduce inside homes or forage on food stocks or attack structures. When such swarms occur frequently, you would do well to locate the colonies by looking for mounds  of excavated soil.   You can try treating these mounds by injecting insecticides through the holes in the mound.  Take care in selecting your insecticides, as  many of them are given only to licensed pest control agents.  It is always better to take the  help of a professional pest control company who has easy access to both the insecticides and the special equipment necessary.

Vacuuming is the best, safest and fastest method of removal of a swarm.  Meanwhile, the professionals will also make sure that they are dealing with ants,  and not termites. Crush one of them to check for the lemon flavor, is one way of confirming this.

Insecticides are another way of eradicating nests.  While removing the inner infestations, you would do well to make sure to plug all the water leaks that originally provided the moisture to attract these ants in your home.  Also make sure to seal all the small cracks with caulk and shift the firewood storage away from the interior of this house.