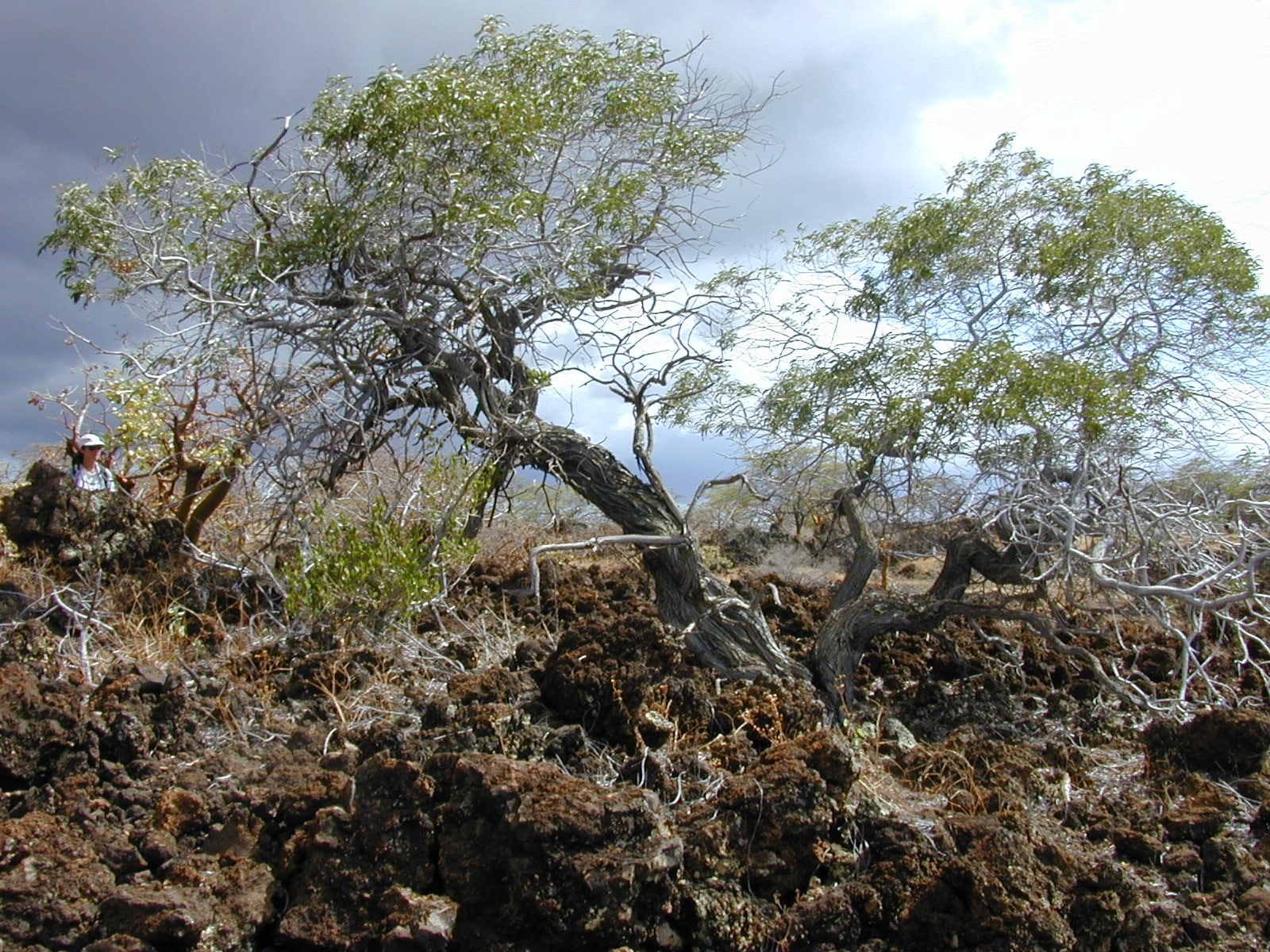 Acacia is one among the 800 species of shrubs and trees that are available in the world. This plant comprises of a genus (Acacia) that basically belongs to the family of peas, scientifically called as the Fabaceae. These species belong to the tropical regions and are also found in the sub-tropical regions around the world. They are particularly natives of the Australian regions. In this area they are called as the Wattles and they are also found also in the regions of the Africa.  The characteristics of the leaves are many and they have very characteristic looks. The leaves are small and very finely and neatly divided into leaflets which give the leaves a fern-like appearance. The leaf stalks are feathery in appearance. The leaves of the Acacias and their looks and texture vary from place to place. In the Australian region and the pacific region species, the leaflets are not discernable or they look as if the leaflets are suppressed. The flattened leaf stalks play an important role in the physiological functions of leaves. The arrangement of the leaves is vertical and we can find thorns and very sharp spines at the base of the leaves. Yet another feature of the Acacias is that they have very beautiful, but smaller flowers. The flowers have a pleasant fragrance, and are arranged in a cluster form which is cylindrical in shape. The flowers are usually yellow in color, but sometimes they are white in color. The flowers are arranged in a very compact round shape. The flowers of the Acacias look fuzzy.

More than 600 species are native to Australia, and many belong to the Pacific Ocean Islands. The rest of the 200 species belong to the African or American regions of the world. Acacias are abundantly found in the plains of the southern and the eastern parts of the African continent where they appear as landmarks in the Veld (Rural open landscape) and the savannas.

The stem is almost circular and appears as an insignificant secondary growth. The epidermis displays the trichomes just as in the pilots. The cortex comprises of a conspicuous sclerenchymatic sheath (that includes stone cells and many fibers).

The leaves of the Acacia plant give it a special appearance. Most of these trees have green leaflets that are finely divided to give an appearance of a fern to the stalks. Many varieties growing in the deserts without rain have no leaves at all. The stalks of these trees are similar to thorns and carry out the leaves’ functions.

Their blossoms are distinctive, the flowers being fragrant and small, pea-shaped, yellow in color, with several stamens in a flower, in cylindrical cluster formation at the branch tips.

The Acacia tree unlike the other trees has a very promising use to the farmers in Africa and they form a free source of nitrogen to the soils. This nitrogen that the tree gives to the soil will last for many generations.

The fascinating quality of these trees is that they do not demand much attention and care. These kinds of trees need a dry and very moderate climatic condition to grow. So watering them daily is not needed. Most importantly, we have to keep the area and the soil dry between the time periods we water them. One thing has to be taken care of is that too much dryness can cause the leaves to fall down so we have to water them, but only reasonably.

The researchers have proved that the koala bears that are found in this area wrap around their legs and hold on to these trees. The intentions of the kolas are to enjoy the coolness provided by this tree. This proves how the koalas understand the climatic conditions and adapt the changes to their lives. The koalas hold onto the trees for just a little fraction of the time when the climates are cool, but they tend to spend more than one third of the time there when the temperature is more than 35 degrees Celsius. The more the temperature the more they tend to stay with the Acacia tree.

The larva of the hepialid of the moth family, which comes from the genus Aenetus that includes the A Ligniveren, uses these Acacia species as food. The leaves of these plants are used as food by these moths that are found mostly in the Australian regions. The other types of the larvae that can be found feeding on the Acacia are many. They are the brown tail larvae Endoclita Malabaricus and also he Turnip Moths. These varieties are mostly found feeding on the acacia leaves for their survival. The larvae that are found to feed on the acacia tree leaves are mostly Bucculatricid Moths. The acacia contains an organic compound which acts as a natural agent that protects them from the pests and the grazing animals. The Acacia seeds have many and varied uses. They are used for food and other variety of uses. Places like Burma, Laos and in places like Thailand, the shoots that are feathery are used in foods like soups, omelets, and curries. Some kinds of starters are also made from the shoots of acacia. Many varieties of the acacia plant produce gums. Senegalia Senegal is an Arabic gum, which is produced by the acacia tree and they are mostly found abundantly in the tropical dry areas of the western Africa. They are very commonly found in the regions from Senegal, and along from there, to the northern parts of Nigeria.

The other version of the acacia gum that is found in the Indian region is the Vachellia Nilotica (synonym Acacia Arabica). The Indian version produces a different version of the gum that is of lower quality when compared to the Arabic gum. The gum Arabic is also used widely in many other products like soft drinks and they have been successfully used in the manufacturing of the folk medicines. A cure for rabies was been found during the 19th century with the Arabic gum. This medicine was made by the mixing of the root of an Ethiopian species called as the Tacha and then boiling them. This was known as an effective medicine for rabies.  Several species of the acacia are being used to make astringent medicines that are very high in the tannins; they are called as the Catechu. The special species called the Senegalia Catchu is used for this purpose.  They boil the wood of the plant, and, on evaporation, the extract is obtained. The catechu extract from this kind is called the Catechin Catechol, though people also know them as the catecholamine chemical.

Acacias always grow in places that have dry climates. They are supposed to be grown in places with water drained soil in it. They can be planted in hilly areas and on slopes.  They need very little water to grow. The Acacia plant can grow in dry areas or in areas that have an acidic, alkaline, or neutral soil in it. The acacia plant needs full sunlight for the proper growth of the plant.

Land preparation: As the first step, when the rains are over, remove all the weeds. Preparing the soil in a very proper way means removal of the surface soil and breaking the hard soil underneath, paving the way for easy water penetration. Soil aerations are improved and the root diffusion of the soil is increased by planting them in this manner.

Protective gear like boots and hand gloves are to be used while you handle the harvesting of Acacia Polyacantha and Acacia Xanthophloea. These protective gears are to be used due to the thorns on these kinds of plants. The top most part of the Acacia plant has many thorns and the stem of the plants have thorns on them as well. Harvesting should be done in a proper manner and methods followed, and proper tools should be used so that damages can be minimized.

Though you can find in excess of 1300 Acacia species in the world, only some of them serve the purpose of wood, especially for furniture, flooring, and ornamental use. Some of them serve the paper industry as pulpwood and others are used for firewood. The variety of shades, its luster, durability and the finish it gives, particularly, makes it an extremely good wood for making furniture.

The history of the Acacia wood goes back to the ancient Egyptian era, when the coffins were built from Acacia Seyal or the Red Acacia. They say that Noah’s Ark and the Ark of the Covenant were also made from Red Acacia wood that is endemic to western and northern Africa

The attraction and fragrance of several varieties of Acacia trees endear them to the luxury item manufacturers and the furniture builders. Of the Acacia wood varieties, the Acacia Melanoxylon or the Australian Blackwood is one of the most valuable. Their large tree height of almost 145 feet, offers larger sizes of timber to work with, facilitating their abundant use in cabinetry, furniture, boat building, musical instruments, kegs and wooden tools.

Acacia omalophylla or Myall wood is still another fragrant variety from Australia that is used in making ornaments. Acacia Heterophylla or Highland Tamarin, found on the Reunion Islands and in Madagascar, is an Acacia wood that is famous for its timber. In many places, people use the Acacia wood for firewood.