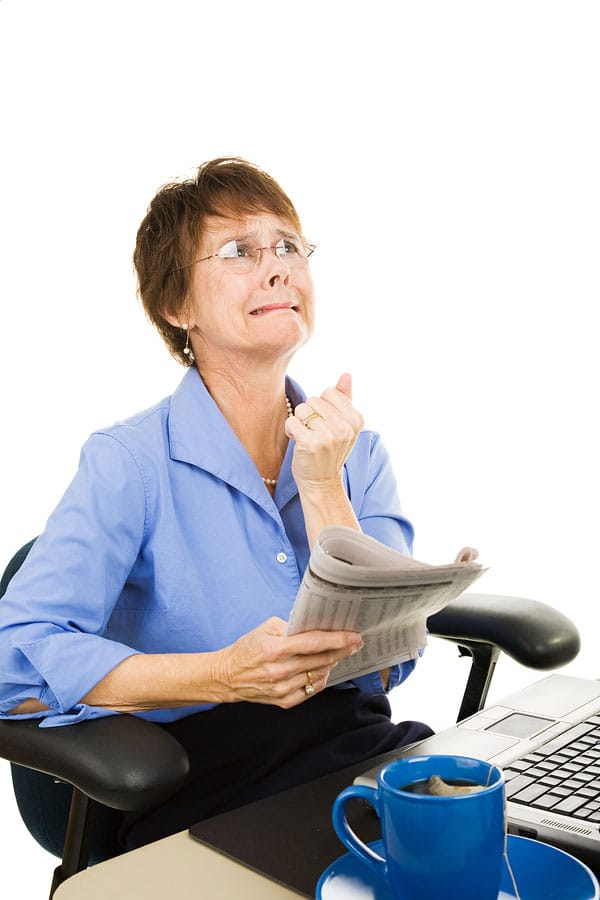 Anxiety commonly affects people in this fast life. People can experience anxiety in the form of thoughts that are racing through their minds, worrying and other symptoms that are common. Ayurveda or herbal medicines are always better to treat diseases, as they have no side effects.. Since thousands of years, herbal medicines have been used as an effective treatment for anxiety, and If used properly, they are very effective. When you decide to use an herb, learn the best and most effective ways to use them.. Herbs have to be used safely to get the best results. Nearly 40 million adults in America are affected by anxiety disorders. This has become a common illness almost bordering on an endemic proportion among the people of the world. Women are most likely to be affected by anxiety than men. Nearly 6.8 million adults are affected by anxiety disorder, and Herbs are effective even in life long ailments, as also any in the short term. If you are going through a stressful period in your life and if you have anxiety, then try with some herbal medicines that will give you the best results if used in a proper manner. Here are seven medicines that will help you to reduce anxiety without making you sleep.

The evidence of archaeology shows that herbs and medicinal plants were used approximately 60,000 years ago. There are written manuscript-evidences over 5,000 years old that show the use of herbal medicines. The Sumerians created the list of plants. The ancient cultures wrote about plants and their medicinal uses. In the tombs of the ancient Egypt there are illustrations about the use of medicinal plants and there are mentions about the herbs in the Egyptian medical papyri. They are depicted in the tomb illustrations. There are evidences of the use of herbs during the 3rd century B.C. Herbs are very commonly used as medicines in ancient India.

Passion flower has been very commonly used as a medicine for anxiety. The study at the Maryland medical center university had shown that the passion flower is prescribed for treating anxiety. There was a four week double blind study to make a comparison between passionflower and Oxazepam. The study showed that Oxazepam had a quick effect, but the end of the study concluded that both passionflower as well as the Oxazepam had equal effect after the treatment. Passionflower being an herb had fewer side effects too when compared to Oxazepam. A secondary study also revealed that passionflower helped people with certain symptoms like anxiety, agitation, depression and irritability. They also help people overcome the withdrawal symptoms of drug addicts. Dosage: There are three ways in which you can consume passion flower extracts You can consume it three times a day if consumed as a tea or you can take 45 drops of extract daily if in liquid form, or you can consume a tablet of 90 mg/day.

A comparative study made between lavender and anti-anxiety medicine lorazepam revealed that lavender and anti anxiety medicine, both had an equal effect on anxiety. But the fact is that lavender did not have any sedative side effect. Lavender is used for relaxation and is a powerful and pleasantly scented herb that is well known its calming properties. They are widely used in aromatherapy to include relaxation that many participants in these experiments have shown. a relaxing effect after using lavender. Even people with depression have only good things to say about lavenders relaxation properties. Lavender is used in a wide range for treating abdominal pain and digestive problems. You should avoid giving lavender to boys who have not reached puberty. The reason for this is that lavender may interfere with the growth hormone in boys. Normal growth may be affected by the intake of lavender in boys. An early study during 2000 showed that lavender oil has no sedative side effects. Research shows that lavender is a very effective and very well tolerated medicine for the treatment of anxiety. Dosage:Lavender oil can be used as an aromatherapy solution. For consumption you can have 80 mg per day

Lemon balm is usually found as a combination with other herbs. And has its own anti anxiety powers. There was a research conducted in 2004when the participants were given lemon balm in a dosage of 300 to 600 mg. There moods were measured after one hour. The result showed those who had a higher dose reduced stress and were found to be calm and alert. It is not that only the higher doses were helpful; people who had lower doses were able to do math problems effectively and quickly. Dosage: Consume dried lemon balm 3 times a day. If it is to be consumed in a liquid form have 60 drops daily. If consumed in a tea form have 1 teaspoon of dried lemon balm in hot water four times a day.

Aswagandha is being used as a very effective herb since ages. A placebo controlled study conducted in 2012 gave some participants either a capsule or a placebo. This medicine contained 300 mg of a very high spectrum of Ashwagandha. They were given this dose twice a day. This study lasted for sixty days and it revealed that people who were taking Ashwagandha showed very impressive results.. The levels of the stress hormones were also reduced by the consumption of Ashwagandha. The best part was that there were no significant side effects. Studies proved that taking medicine containing Ashwagandha releases anxiety. Dosage: take a dosage of 300 mg twice a day and you can see significant results

L Theanine is not an herb, but it is a water soluble amino acid. There are very good results that we have gotten from the study. This is mainly found in tea and green tea. This is also available as supplements. Studies have proved that the consumption of L-Theanine helps in the reduction of stress and anxiety and it does not cause any drowsiness. Researchers have proved that people who were taking L-Theanine had greater results and reduced more anxiety than people having placebo. The study has proved that 200 mg a day will lead to an increase in alpha- brain waves and a relaxed mind. You can see the mind more alert if you consume L- Theanine. Dosage One cup of black tea has 25 mg of L-Theanine. Green tea has only 8 mg, but a supplement of 200 mg can be taken every day and you will soon see better results.

Fennel seeds are an Indian herb. It relieves all symptoms related to anxiety. All gastrointestinal upsets related to anxiety is cured by fennel seeds. The sides of the roads of California and also places with temperate climates are home to the fennel plants.. Fennel seeds can be used as a flavoring for candy and many people make a tea from it.

This is a very effective medicine for anxiety. It is an herb and one of the most effective remedies for anxiety. It activates your mood, and calms your mind down. It is an effective medicine to treat depression and stress. Kava kava can be taken as an infusion and they are non-addictive. It is not that effective in pill form. Kava Kava id recommended for people who suffer from liver problems. Traditional methods of consuming kava-kava are not dangerous.

Valerian is a flowering plant. The flowers of the plant are said to have a very sedative effect and they have calming properties. They help in the treatment of insomnia, which is a consequence of anxiety. This herb is used around the world to improve sleep and to reduce stress.

Chamomile is a flower and they are widely used for the treatment of anxiety and stress. They also help us to settle stomach related issues. Chamomile is not used for long term anxiety, but they are best medicine for a day of long stress.

Millions of people are affected by a mental disorder called anxiety. Anxiety can join with depression. A person with anxiety and depression will feel discomfort in their behavior. This normal discomfort will slowly lead to uncontrollable panics and later on to developing physical symptoms. The traditional Chinese medicines treat anxiety as a problem of Shan You Si. This method is believed to have an effect on Zang organs. The heart stores all the spirits and is responsible for one’s emotions. If you have decided to treat depression, then you need a proper evaluation of the condition and you have to know the signs and symptoms of the disease. TCM method of treating depression involves the aid of Chinese herbs. The treatment is non toxic, which is the reason they are widely used in the west, Since long, Chinese medicines have been effectively used for the treatment of aging as well as stress. Herbs are used and mixed in gels, creams, serums, etc. and used for anti aging. The herbs that are used for the treatment of anxiety are GinsengGinseng has been used since ages for the treatment of anxiety and stress. There is a compound called saponins inside the ginseng herb and that compound gives the herb its anti anxiety effect.Dong QuaiThe scientific name of dong Quai is angelic Sinensis. Menopause symptoms are the issues that are being treated with this particular herb. This herb has been shown positive resultsRhodilola Rosea This herb called Rhodiola rosea is otherwise known as the Tibetan ginseng. This is one of the important herbs used in the Chinese medicine. They are not used by Chinese medicine alone, but they are used by many other traditional medicines as well. This herb is very well known to be an adaptogenic herb because of its quality of getting adapted to any situation that is stressful.

Ayurveda is the oldest medical practice of ancient India. This is still practiced in India and many other parts of the world as an effective means to get rid of many health ailments. Ayurveda uses several medicinal herbs in their formulations.. Extensive research done on this subject shows that Ayurveda can reduce anxiety and stress to a great extent They also help to create a calmness of the mind. There are many treatments in the Ayurvedic scheme of things.. The different kinds of treatment included are the Panchakarma treatment and the Sumenta tablet (for insomnia). What is Panchakarma? In Panchakarma, they purify the body and detoxify it. It is a treatment to freshen up the body. In Hindi Panch means five and karma means therapies, so Panchakarma means five therapies that will detoxify your body. The five therapies are Basti, Nasya, Raktamoskshana, Verechana and Vamana. These therapies will help to remove all sorts of stress and anxiety from your body and brain.. It helps in balancing the body and mind in a refreshing manner.

Use Herbs Safely and Effectively

Research Use of Herbs Under Special Conditions