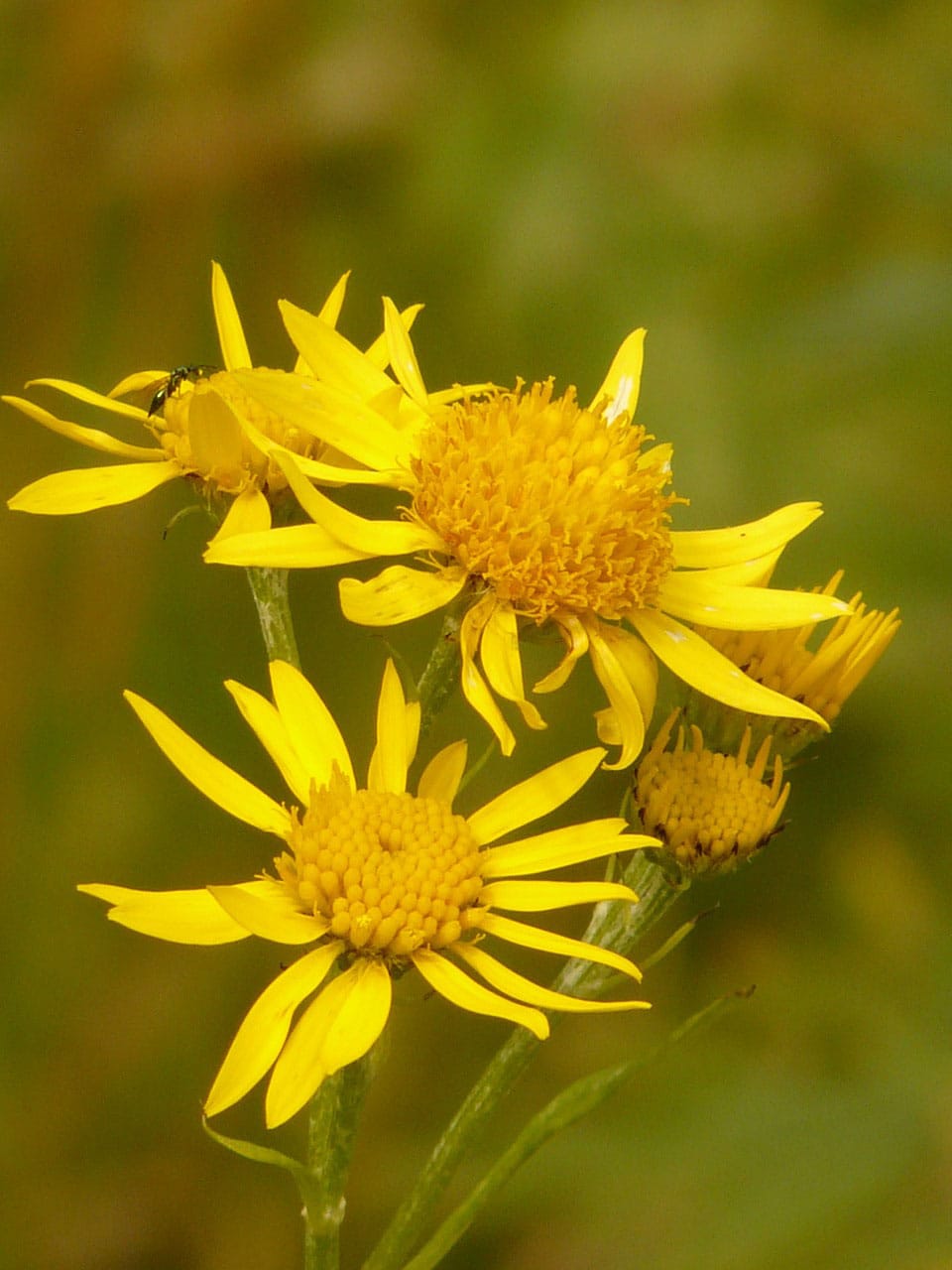 Arnica Montana belongs to the Arnica genus and Asteraceae family. It is often mistaken to Leopard’s Bane. It is found in European regions like Scandinavia, Carpathian mountain region and Iberia. It can also be seen in the mountainous regions in British Columbia at about 4000 feet elevation. The other names of this plant are Mountain Arnica, Wolf’s Bane and Mountain Tobacco. Arnica Montana was used mainly as an herbal medicine in ancient times, especially in countries like Russia, Europe and North America. Its roots and flowers consist of medicinal power to heal many illnesses.

The history of Arnica goes long back to ancient times. Since16th century, it was used in making traditional medicines in some regions of Russia, Germany and North America. The Cataulsa tribe of North America used Arnica roots to prepare a tea that helped in relieving back pains. In ancient records, a German writer has attributed Arnica for helping him to recover from a constant high fever. Arnica is also famous in Russia, where it is commonly used for treating external wounds, concussions, sprains and black eye. This herb is believed to have originated from a European flower. Its name is derived from the Latin language. Today Arnica has grown to be one of the most popular Homeopathic medicines throughout the world.

Arnica Montana is a perennial herb that grows about 1 to 2 feet tall. It has bright yellow flowers with a flower head of about 5cm in diameter. They usually appear in July and August. The leaves are mostly found in a basal rosette, and are hairy, toothed and bright green in color. Some leaves can also be found over the stem that is usually opposite, clustered, ciliated and ovate with rounded tips. It has tall stems that grow around 20 to 60 cm high and it supports only one flower head.

Arnica is native to Europe that extends from southern Iberia to southern Scandinavia. It can also be seen in some parts of the Carpathians. Usually it grows in siliceous meadows that are about 3000 m in height and less fertile. It is missing in areas like Italian peninsulas, Balkan peninsulas and the British Isles. Arnica can be seen in alpine meadows, pastures and in Montana. It is also found in light forests. It prefers partial shade but can also thrive in full sun. The Montana subspecies can be widely found in mountainous regions and in poor meadows where the soil is acidic in nature. The Atlantica subspecies also known as Bolós, grows only in the extended areas from the south-west of France to southern Portugal. It is overall very rare and even decreasing in number due to increasing agriculture and human habitat. Apuseni Mountain areas have Arnica Montana habitats which are organic certified

Arnica Montana can grow on a wide variety of soils. It can tolerate fine, coarse to medium type of soil. It is usually found on sloppy surface land, on medium acidic or alkaline rock, bad landscape on the mountain ranges, which is usually with bedrock on the outer part, on acidic soil that is well drained and on soil with poor nutrients. It grows well in a combination of humus oriented and dry peat, loam and sand. It should have a pH level of 5 to 6 which can be increased. It does not prefer limy soil. It usually prefers fewer nutrients. The commercially available all purpose fertilizer can provide all nutrients to Arnica Montana.

Arnica is a flowering herbaceous plant that is hardy to all temperate zones. It is best grown at high elevations. Arnica Montana makes sturdy clumps in the native habitat and so it should be planted in a moist and damp soil. There should be a gap of about 2 feet between the plants to provide the required space. The best method to grow the plant is by using the standard flower seed planting method. In this method, the seeds are sown in a spongy soil in pots and kept evenly damp and moist during the period of germination. The germination process takes place in about a couple of weeks. After the germination, the plant can be transplanted.

Regular watering is required for this plant. In normal climate, pour around 1.5 liters of water every 2 to 3 weeks. In hot and dry climate, the frequency should be increased to 1 to 2 weeks and even more often if it is extremely hot climate. The growing substratum of Arnica Montana should be always kept wet and moist. Care should be taken to prevent over watering and water stagnation.

Arnica Montana enjoys full to partial sun. Although they tend to bloom in full sun, it can also grow in partial shade as well. It also helps to protect the plant from the elements in the warmer climate. It is less than ideal to grow in coastal areas where there is humidity. If Arnica is grown as a container plant, then it should be placed near a north facing window to get moderate sun exposure

Arnica Montana is usually harmed by Crown rot (Cylindrocarpon sp.). The leaves are also harmed by fungi that grow as parasites. The plant should be washed very well before using it. Arnica Montana is mainly grown in herb gardens and is traditionally used in making medicines for treating numerous illnesses. It is used in treating aches, pains, bruises, acnes, sprains, muscle cramps, sore throat and dark circles. It acts as an inflammatory agent, an antibiotic, an anti-fungus agent. It is also used in culinary purposes to flavor baked items like, candy, desserts and beverages. It is used in manufacturing oils, perfumes, creams, and tonic. The hair oil made from Arnica can prevent dandruffs and other head problems. It can be applied on bruises, acnes and swelling to get immediate relief. The root consists of Thymol which is used as a preservative and fungicide. It is also used as a home remedy for many small problems and a useful ingredient in homeopathic treatment.

The flower and root of Arnica possess medicinal value.
Arnica Montana is used since ancient times for treating numerous diseases, but if taken in high quantity can lead to many problems.
Arnica can be poisonous and leads to death if taken in more quantity.
It can also cause irritation in skin, stomach, mouth and throat.
It consists of two chemicals named helenalin and dihyrdohelenalin which help in treating all the illnesses

How does it work?

The active ingredient in Arnica Montana helps to provide relief for all the problems. The proper scientific reason behind the working mechanism of Arnica is still unknown. But it is believed that the chemicals called as dihyrdohelenalin and helenalin provides the medicinal power to the plant..

Some special points about Arnica

GENERIC NAME: Arnica Montana
BRAND NAME: Arnicare, ArnifloraArnica Montana is traditionally used as a homeopathic pain relief ingredient. Its method of treating the illnesses is still unknown. There are approved facts about the healing power of Arnica Montana. It is effective as an antiseptic, anti- inflammatory and anti-fungal agent. It helps to enhance immune cells, kills bacteria, prevents the blood cell activity that creates inflammation and destroys cancer cells.