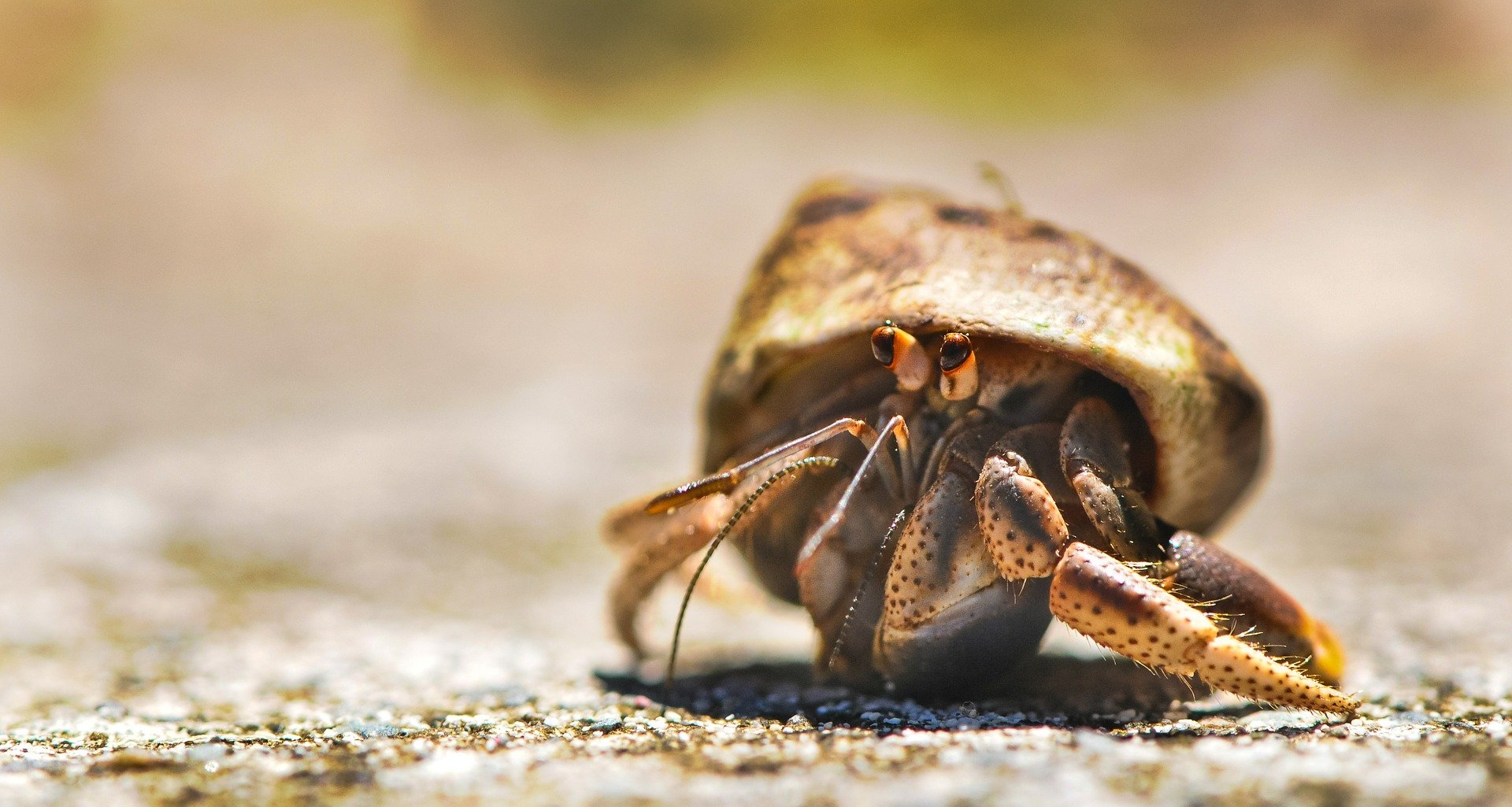 Hermit crabs make fun and interesting pets – in fact, they are probably more interesting than you know! In order to have one of these creatures as a pet, it is absolutely essential that you know a few vital hermit crab facts. Fortunately, this can make for a fun learning experience as well.

So, what does a hermit crab look like?  Like other crabs, hermit crabs have no backbone – they are invertebrates.  A lot of people do not realize that they can be a whole spectrum of different colors.  Typically they are a reddish color, an orange shade, or sort of brown.  Many of them also have purple spots and other patterns.  Except for the molting period, when they shed their exoskeleton and move from one shell to another, their soft bodies, which are twisted, remain hidden within their shells. They have ten legs with joints and two claws in front.

The shell they are in isn’t theirs – they have borrowed it from a sea snail! When a crab gets too big for its shell, it moves to another one. That’s why your hermit crab pet needs to have another shell in his habitat, in case he needs to move to a bigger home.

There are quite a few interesting hermit crab facts associated with where these creatures are found.  Some of them live on the land and some of them live in the sea.  With more than five hundred different species, you can understand the variety of types involved here. But most hermit crabs are ocean-based creatures.

During their life cycle, a female hermit crab releases her fertilized eggs into the ocean. Because most crabs reproduce in the ocean, they can not be bred in captivity.  Once in the larval stage, the baby hermit crabs grow through the molting process.  All hermit crabs molt.  The younger ones, because they grow at a faster rate, can molt every few months.  Adult hermit crabs tend to molt every eighteen months or so.

Other essential hermit crab facts involve their diets.  The good news is that hermit crabs are not picky eaters.  In fact, what hermit crabs eat is identical to a healthy human diet: meat, fish, fresh fruits and vegetables.  Hermit crabs will eat a wide variety of foods and it can be fun to experiment to see which your pet crabs like the best. Try fruits and vegetables, tuna fish, peanut butter, crackers or potato chips. Grapes, raisins and popcorn are crab favorites.

Some hermit crabs have lived as long as 15 years in captivity! Because they are nocturnal (move around at night) they can be a loud pet to have in your bedroom, so it’s better to keep them in some other room if you have a hermit crab as a pet.

Hermit crabs are not actually ‘Hermits’. They like a crowd and are seen in groups of 100 or more on the beach. Make sure to always have more than one crab if you get them for pets – or you’ll end up with a sad lonely crab.