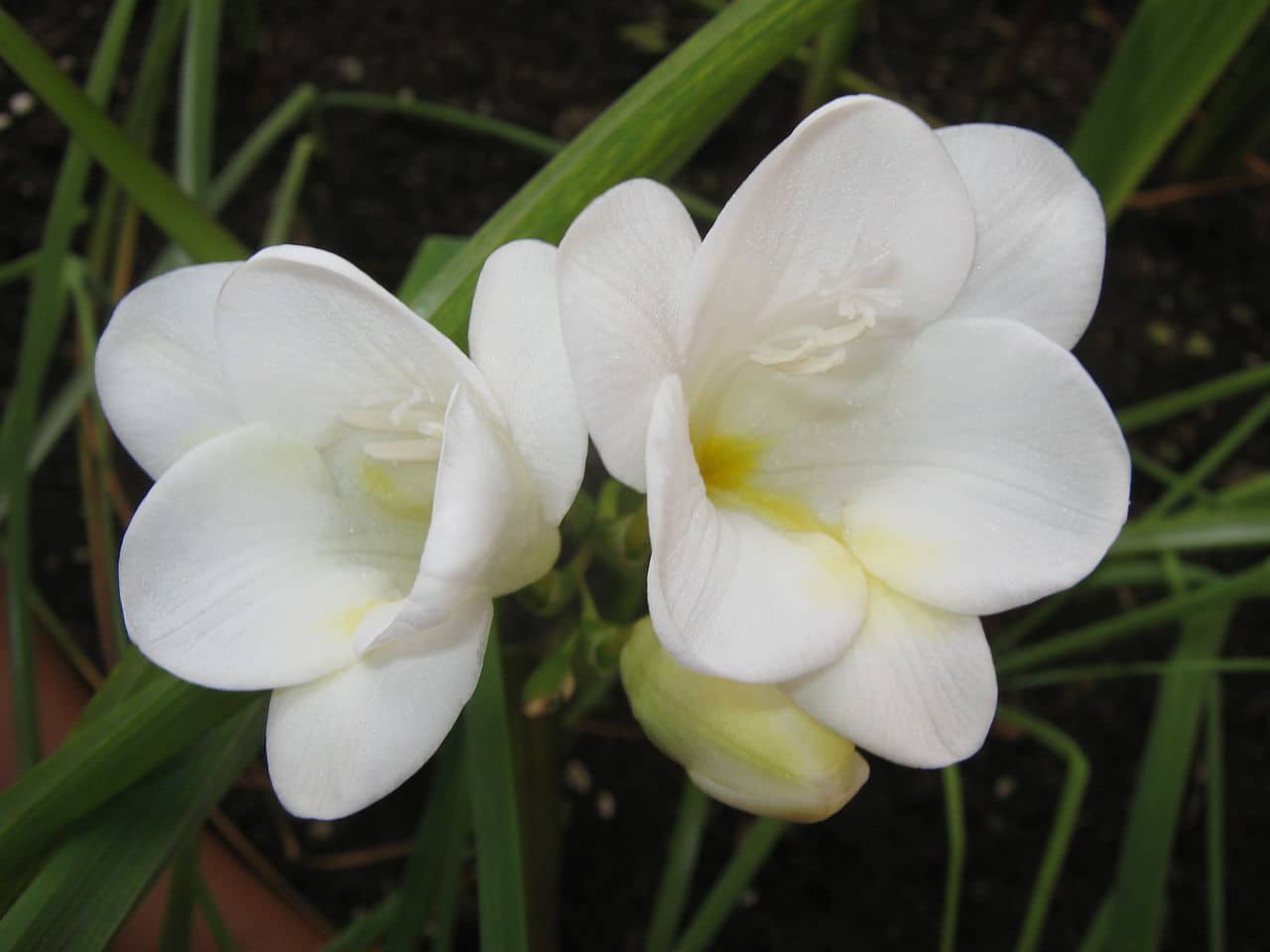 The discovery of all varieties of Freesia goes back 200 years into the history of South Africa. Freesia originates from the Cape of Good Hope, in South Africa. They propagate from the modified or thick underground stem or corm. Freesias are significant as marketable cut flowers. These aromatic plants grow from a corm of diameter 1 to 2.5 cm, which promulgates a bunch of slender leaves of length 10 to 30 cm. They have a stem with scanty branches of height 10 to 40 cm with very few leaves and a drooping one-sided spike of flowers having six tepals (outer part of a flower containing the sepals or petals). Most of these varieties possess slender funnel shaped fragrant flowers. Few of them possess flat flowers. Some larvae of living species like the Yellow Underwing Moth, a horrendous cutworm,  feed on herbaceous plants like Freesias.

How to Grow Freesias Domestically

The tricks and tips on how to grow Freesias depends on following the proper instructions and guidance, which helps in successfully  sowing and cultivating  this beautiful plant that has elegant and fragrant flowers. Learn the right way of planting Freesia flower bulbs in a pot and study how to maintain them throughout the year.

Plant the conditioned freesias in the soil or in pots in the month April to July and you can see them flower in summer and autumn. In order to have them flowering from January to April, plant them indoors during autumn.

Planting in the Ground

Plant the corms in light shade or sun at a depth of 1 – 2 in and at a distance of 3 – 4 inches, in a properly drained spot. In order to nourish the weak soil, add sufficient quantity of organic matter. When the plants grow and show up, supply them with a feed rich in potash (anything used for tomatoes or pellets of comfrey will do).

When they are growing vigorously and steadily, constant watering, light shade and mild sunlight are vital inputs. Take a 13cm (5in) pot, and plant six bulbs with the pointed end facing upward (once again at 1-2 in depth) or in a big pot of proportional spacing. Opt for one third grit and two third of compost.

Initially retain them in a shaded place, water them regularly and keep them moist. When the corms begin to shoot, transfer the pots to bright sunlight and water often. When the buds exhibit   color, it is time to take them indoors.

Both in the pots as well as in the garden, the Freesia requires support to retain the plants and flowering stems upright while growing. Use twigs of hazel or silver birch for support.

Freesias are not very tough either. So cut them when the leaves turn yellow in autumn or immediately succeeding the first frost. Slice the stems back to about 1in and keep the corms to dry. Store them in sand or peat and place them in a frost-free place that is cool and dry. Replant when the ground retains heat in April end. To prolong the flowering period, stagger the plantings.

The initial flowering takes place over four months or approximately 100 to 120 days after planting. After this, they flourish and flower nonstop.

Harvesting starts after the initial flower begins to color. Several flower buds blossom after harvest, when you grow them in an environment of bright light. The vase life of blue, yellow and white freesias is longer when compared to the pinks and reds. Few last for 3 weeks if cut in the budding period. To extend the vase life by 20 % or more, use two teaspoons of thick sugar syrup and one teaspoon of thick bleach to 1 liter of water, or two small flower food sachets.