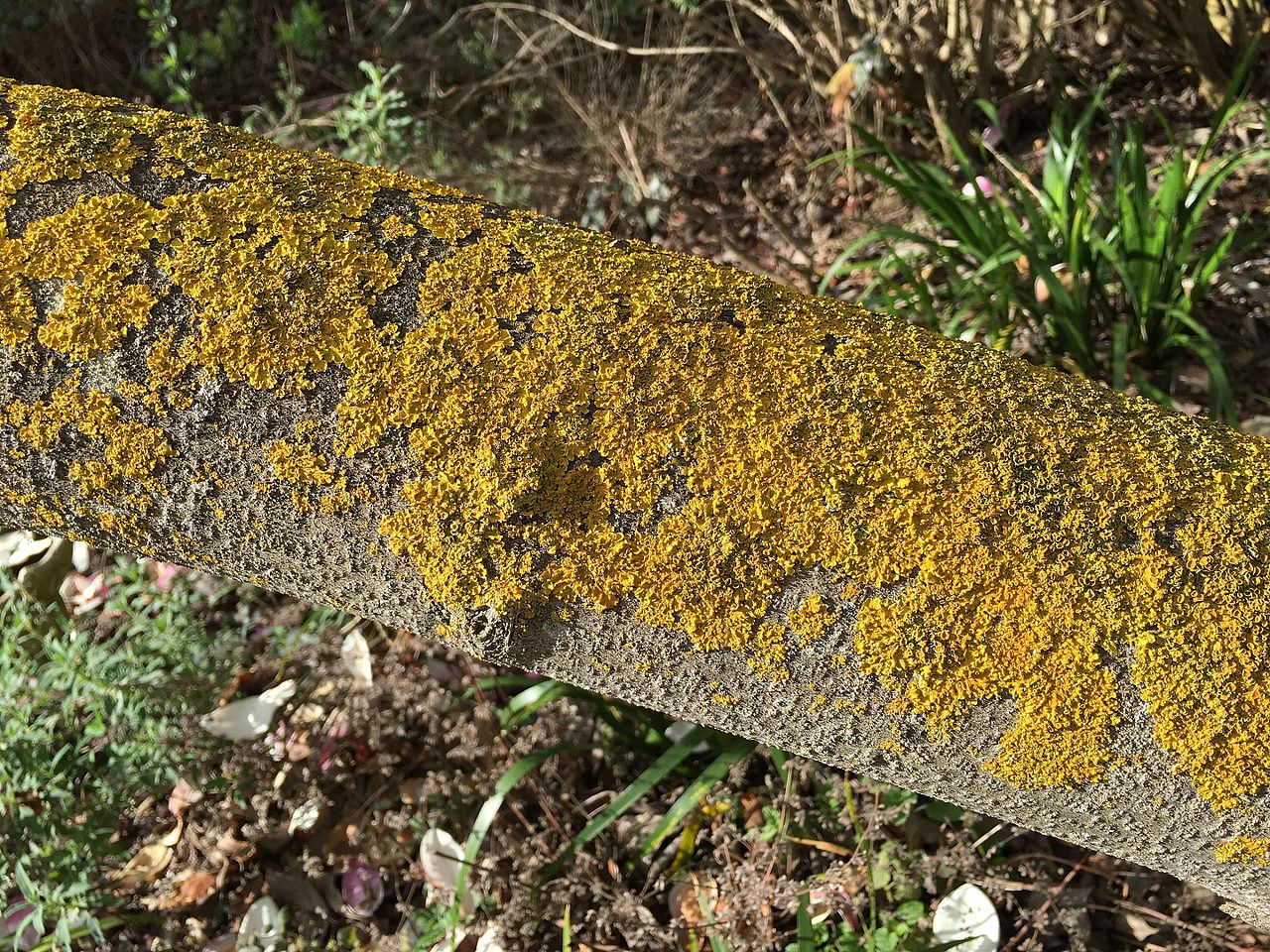 A crusty formation of lichen with flat and unlobed edges that are closely attached to the substrate is called Crustose lichen. As obvious, it consists of photobiont and mycobiont, arranged in a tightly appressed (fitting closely) manner and this lichen grows like a biological layer tight against the substrate. It is connected to the substrate at all points;  hence it cannot be removed by hands without damaging the substrate or the lichen. It is very commonly found on the tree barks and rocks.

The Thallus part is made up of fungus filament and algae cells that support each other for their survival. The proportion and the order of layers cause the lichens to develop many other structures. History on Earth

It was very recently discovered that Crustos lichen is not a single organism, but a blend of two or more organisms. In 1867, Simon Schwendener, the Swiss botanist revealed this fact with his dual theory on lichens,  but at first it was not accepted by anyone. Later, after several researches, in 1939, the result of the research was published worldwide and Schwendener’s hypothesis was accepted.

The ancient people made use of lichens in many ways. The colorful lichens were used in making dyes for clothing. In some places, it was a main source of fodder for cattle. It was used for packing the Egyptian mummies.

Crustose is the simplest form of lichen that spreads like a crust layer on the substrate. It is highly variable in its anatomy. It can be seen in many color ranges like red, yellow, orange, black, brown, etc. It is also seen on different substrates in different forms; for example, the one seen on the rock differs from the one seen on the tree bark. The marine algae species form a crust on the rock or other substrate by growing deep into the intertidal zone. This species is from the Rhodophyta  genus belonging to the subfamily Melobesioideae and family Corallinaceae. The substrate, it chooses to grow on, need not necessarily be rocks, but it can be reef-building corals, plants like mangroves or animals like shelled mollusks.

It can also be seen in a totally different structure if grown on the surface or a building. There are also many other types of lichen like “fruticose” that is a more shrubby type with rounded branches. Its thallus consists of fungal layer outside and alga layer inside. It grows in odd shaped structures like gloves or threads. The Foliose lichen is a leafy type with rounded and teethed margin. It is horizontally growing lichen with lobes unattached to the substrate.

Lichens grow in a wide range of substrates and habitats from extreme to hospitable climates. It has the capability to thrive in any climatic condition. It is the dominant organism on around 8% of the land surface in the world. Usually the Crustose Lichen is found on the rocky surfaces and rocky areas. It can also be found in arctic regions. It grows abundantly on bark, leaves and branches. It can be found in temperate woodland regions and in the rainforests. It emerges easily on exposed soil, rock walls, rocky coast, gravestones, roofs, etc. The extreme environments like arctic tundra, toxic slag heaps, hot and dry deserts and rocky coasts have witnessed the growth of this organism where other vegetation is sparse or absent. Some kinds of Crustose lichen also grow beneath the substrate, like inside the solid rock, in the soil as a biological crust of the soil, inside the tree trunk and under the grains. They can also be found blowing in the environment without the help of any substrate.

The most common process of reproduction taking place in Lichen is by asexual propagule (a material used for propagating an organism from one stage to the next one in the life cycle). The tiny fragments of lichen are separated from the parent lichen and carried away to some other surface where it starts to evolve as new lichen. The other method is by shedding the soredia, the tiny bits or the powdery form of the outer part of the thallus. New lichens originate from those tiny bits as it possesses both the fungus and the alga cells.

The surface of the lichen body consists of Apothecia and Perithecia, where mainly the fungus spores are produced. The spores consist of only fungus cells and the alga partner is absent. These spores germinate after they shed from the thallus of the lichens. But it will form into a new lichen only if it can make quick contact with an algal cell, or else the fungus will die. The fungus part of this organism cannot survive on its own; hence it needs the support of alga to thrive. The growth of lichen is relatively very slow. Crustose lichen grows at a very slow rate compared to others. It grows only on constant surfaces and is never seen on changing substrates like riverbeds, stones or unconsolidated earth banks. The growth and the structure of the lichen mainly depend on the environmental conditions and climate. Usually lichens grow around 1cm in a year and the smaller versions grow only around 1mm in a year.

The slow growth rate was established by the researchers with the help of photographs. They studied the photographs of this lichen to understand the growth pattern. This has also led to the discovery of a method for estimating the origin of lichen and surface. This method is called as lichenometry. This method has been used in the arctic region to study the slow growing organism and about the surface on which a colony of lichen proved to be 9000 years old, which means that the substrate is older than the lichens. Thus, from the size of the lichen, its evolution time can be guessed. This can be a fact because, if the lichens are allowed to grow on an undisturbed substrate without bothering it, it can live for centuries. Hence it is possible that the lichen that originated at the time of Stone Age man may still be living around us.

Since ancient times, the lichen was used in many fields. Lichens can be found in a wide range of colors. Consequently, it was used as a cloth dye before the invention of modern technologies.

Lichen has a good role to play in the chemistry field. It can produce many acids that are useful in laboratories. The alkaline indicator used in chemistry, known as litmus dye is extracted from lichens. It is said that lichen can produce oxalic acid that is responsible for the granulation of rocks. Thus, it also has a vital role in the nature’s ecosystem.

Some species of Lichen also possess an antibiotic property which is used in drug making and it is claimed that it can be more powerful than penicillin. It is said that the ancient Egyptian mummies were embalmed and packed with many herbs and plants including Lichen.