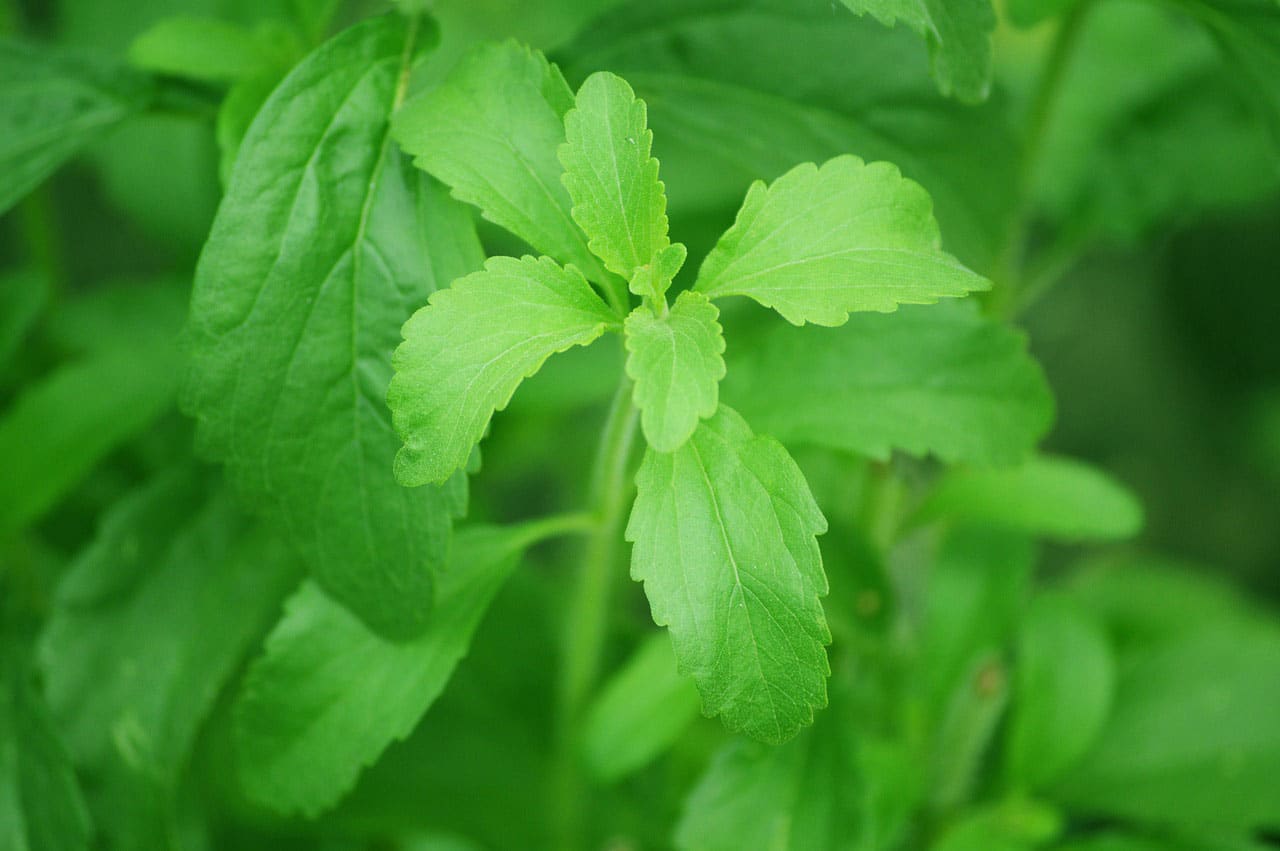 The Stevia plant is a substitute for sugar. It is also known as Honey Leaf Plant, Sweet Leaf Stevia and Sugar Leaf. Stevia juice is extracted from the leaves of the plant. It is a zero calorie sweetener and is good for health. It is 150 times sweeter than sugar. Among food ingredients, it is unique. Its many species are called “Candyleaf”. It is a small perennial herb. This herbal plant has many antioxidant and Sterol compounds such as Tannins, Flavonoids and Triterpenes. Sunflower and Stevia, both belong to the same family. There are 240 species of the genus stevia. Its dried leaves are 40 times sweeter than the normal sugar. Its sweetness is felt for a long time. Nowadays the demand for the products of this plant is increasing day by day as a low carbohydrate sweetener. After consumption, it does not increase the level of sugar in the diabetic patient. It is used as a substitute of normal sugar. This plant is rich in nutrients and can contain large amount of Miocene, Zinc, Chromium, Protein, Magnesium, Selenium, Riboflavin, Phosphorus and Calcium. It is available in the form of white powder and fresh leaves. The leaves are least sweet as compared to the white powder that is its sweetest form. This plant is grown as an annual plant.

The Stevia plant is has been used for more than 1500 years. It has been used in South America by the Guarani peoples. They called it the sweet herb. For hundreds of years its leaves were traditionally used in the Paraguay and Brazil. As a “sweet treat” it was used there to sweeten medicines and teas. For Centuries, it has been used for medicinal purposes. In the modern times, it is usually used in many countries of the world.  In the year 2008 the US government banned the extract of this plant.

The Stevia plant grows up to 2 to 4 feet in height. It has a branched, slender stem. Its leaves are dark green in color and its sweet Glycosides are concentrated in its leaves. Its leaves are jagged above the middle. The leaves are oppositely arranged and moderately wide. Its flowers are arranged in irregular cyme and are small in size. These flowers are white in color. Its leaves are its useful part. In the leaves of this plant there are two compounds; the first is Stevioside and the second is Rebaudioside.

The Stevia plant is native to Texas, Arizona and New Mexico. As a commercial crop it is cultivated in Brazil, Japan, China, Paraguay and Thailand. Now China is the leading exporter of the products of this plant. It thrives in some parts of tropical regions and all over temperate. In many parts of India, South America and East Asia region, it is widely used in foods. The native people chew the leaves of the plant for sweet taste. It is widely grown in Venezuela and Colombia.

The Stevia plant can tolerate may soil conditions. But it prefers loamy or sandy soil. Well drained soil is also good for them. Organic matter, residue and manure can improve the soil structure and also provide nutrients to the soil. Soil PH ranging from 6.7 to 7.2 is good for them.

As compared to other culinary herbs, the Stevia plant is not easy to grow. With the strong sunlight, it grows best in cooler summer climate. It grows well in the containers. This plant exhibits white flowers in full bloom. It blooms in early to the mid summer season. The planting is done by sowing seeds.

Watering is essential for the stevia plant, but overwatering is not good for it. During the summer months frequent light watering is ideal for its best growth. Fertilizers with lower content of nitrogen are good. At the time of harvesting, the leaves appeared much sweeter then the stem. Soaker hoses or drip irrigation is the best method of watering this plant. During watering, the leaves should not be wet.

The Stevia plant requires care after planting. Deep mulching with compost and organic residue can protect the plant and also help in retaining the moisture. Consistent moisture is necessary for the growth of the plant. During the growing season, it is sensitive to cold and its roots are affected by excessive moisture.

Harvesting of the stevia plant should be done as late as possible, or just before the flowers of the plant bloom. Harvesting is done by the technique of cutting the branches of the plant and by striping the tender stem tips. After harvesting, the leaves should be dried and then, stored in an airtight container.

The Stevia plant is not bothered by pests and diseases. But many diseases and pests attack this plant. Gray Mold, Botrytis Fruit Rot and Septoria Leaf Spot Diseases cause damage to the plant. In the soil two types of fungi are reported; they are Septoria Stevia and Sclerotinia Sclerotiorum. The first one creates angular gray/ green spots which are surrounded by Chlorotic Counter and the second one can cause brown spots on the stem of the plant. Other diseases of the plant are Fusarium Wilt, Southern Blight, Damping Off and Root Rot.

The Stevia plant is used as a treatment for stomach problems, colic, burns and for contraceptive. As a sweetener, its fresh leaves are used in drinks. Its dried powder, Stevia syrup and dried Stevioside are used in the cooking. Its extract is also used to reduce weight and to treat inflammatory conditions, wound infections and swelling in the legs and also as a tonic for the treatment of depression. Its extract is refined to use as a table sugar, and further it is added in the manufacture of jams, ice creams, yoghurt, smoothies, sorbets, chewing gum and deserts and to sweeten bitter medicines. In Japan and East Asian regions the parts of this plant are used to sweeten tea, make sauce, in soft drinks, sweets and in Confectionary. It is used as a remedy in Brazil for the treatment of High blood pressure, stress conditions and diabetes. As a household sweetener it is used in the preparation of many food dishes.