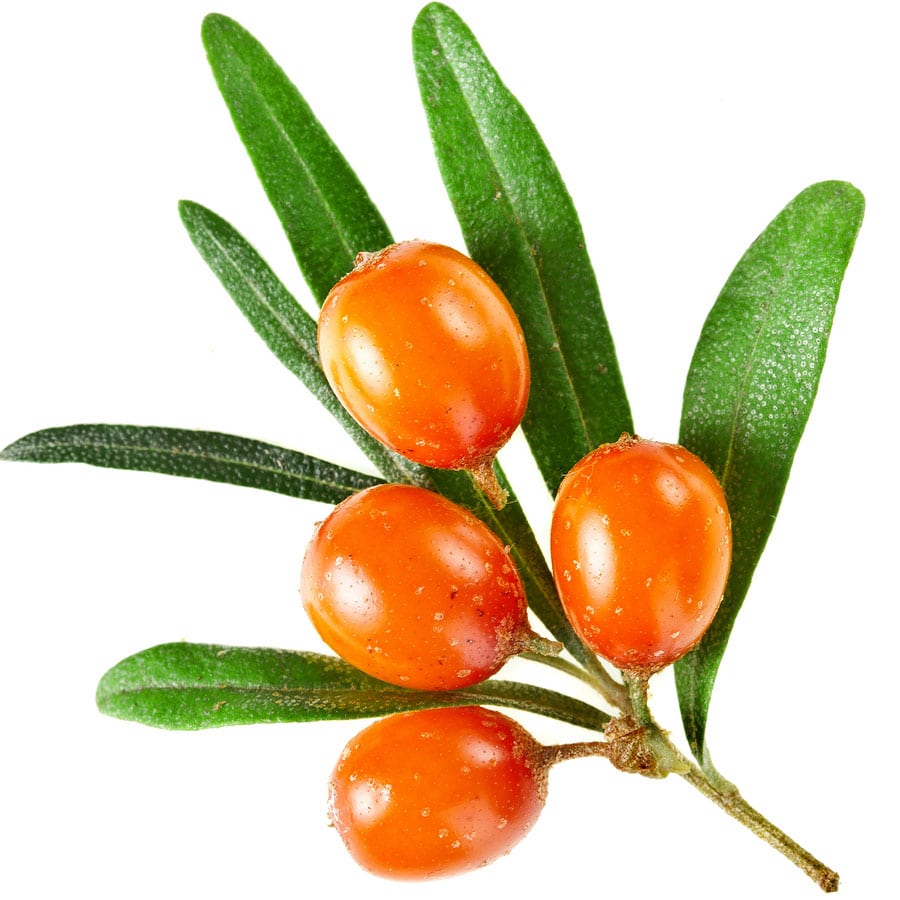 Sea buck thorns are deciduous shrubs that are also known as sea berry, sand thorn and Sallow Thorn. It is a landscaping and popular shrub. Its berries are rich in nutrients and Vitamins, which are good for health. This plant contains Omega 7 which is very useful in the treatment of skin problems. In the Beijing Olympics, the juice of sea buck thorn plant was the official drink for Chinese Athletes. Its fruits, leaves and flowers are used to make medicines. The berries of this plant are nutritious and edible. The botanical name of sea buck thorn is “Hippophae”, which means “shiny horse”. Its oil is rich in Phytosterols, Carotenoids and Essential Fatty Acids. All of these have medicinal properties to treat many diseases. Its aggressive shoot system is useful for windbreaks, steep slopes and barrier hedges and also to stabilize the banks of rivers.

In Eurasia, since Centuries, the Sea Buck Thorn was used for medicinal purpose and for food. From ancient times in Greece, its berries, young branches and leaves were used as a treatment medium for horses. Throughout history, it has been used by the Tang Dynasty, Tibetans and Greeks. At the time of horse races, they used the berries to feed the horses. It is believed that it originated from the Himalayas. It was also used by European Cultures. In Ayurvedic medicines it was used from 5000 BC.  The ancient Greeks used it in 12 BC to treat many diseases.

The branches of Sea Buck Thorn are thorny, stiff and dense. Its leaves are distinct and pale silvery green in color. These leaves are 3 to 8 centimeters long and 5 millimeters broad. Sea buck thorn has separate female and male plants. Its female plant produce berry like fruits of orange color and its male plant produces flowers of brown color. Flowers of the male plant produce wind distributed pollen. The berrylike fruit of this plant is juicy, soft and rich in oils. The roots of this plant, spread extensively and rapidly. Its roots also provide nitrogen fixation in surrounding soils. It is a fairly slow growing plant.

Sea buck thorn plant grows well in sandy soils. It can tolerate salt in the soil. It can survive in a variety of soils. But deep, well drained and medium sandy soil is ideal for good growth of the plant. It will also grow on gravely soil and marginal land. Soil with high organic matter is also ideal for it.

The Sea buck thorn plant grows in dry and sandy areas. After pollination, its fruits occur in 100 days. In many areas it is planted by cuttings or seeds to prevent soil erosion. If planting is done by seeds, then it should be in the month January or early February. Its germination occurs in 10 days.

This plant can survive at the temperature of -40 degree C. This plant can also tolerate drought. When the seeds are sown in the spring season, it requires a temperature of 3 to 5 degree C under moist conditions to achieve good germination. Commonly it is found at high altitudes of  4000 to 14000 feet. When planting is done by seeds it requires 70 to 90% humidity.

Harvesting of sea buck thorn plant is not very easy because of the dense thorn arrangement of the berries on each branch. It is very difficult to harvest this plant. A very common method of harvesting is to remove the entire branch, but it reduces future harvest and it is also destructive to the plant. Using a berry shaker is the most effective technique of harvesting berries by not damaging the branches of the plant.

The most damaging insects of sea buck thorn plant are Gypsy Moth, Rose Leaf Roller, Green Aphids, Caterpillars, Fruit Fly, Comma Shaped Scale and Gall Tick. These pests can attack and damage the plant. The diseases of this plant are Fusarium Wilt, Brown Rot, Damping Off, Scab and Verticillium Wilt. These diseases can cause severe damage to the plant. Birds, rats, mice and deer are also harmful for the plant. Fusarium is the most dangerous disease in the plant. The Sea Buck Thorn Fly is also very harmful for it. It may cause serious effect on the plant. Verticilium wilt can cause Yellow Wilt on the leaves of the plant. It also causes problems in the development of the berries. These pests and disease are controlled by various insecticides and pesticides.

Sea buck thorn is used in the treatment of skin disease and burn, wounds, sunburn and slow healing as a medicinal herb. In China and Russia it is widely used as a food. Its berries are used in the manufacturing of anti-ageing and cosmetics products. Its flowers and leaves are used to treat Ulcers, Gout, Skin Rashes, Gastrointestinal and Arthritis. Its leaves are used to make herbal tea, which is rich in protein building blocks, vitamins, minerals and fatty acids. It has antioxidant properties that help in lowering cholesterol and improving blood pressure. It helps in boosting immunity and preventing Blood Vessel Disease. The berry oil or seeds of the Sea Buck Thorn are used for treating heart disorders, Asthma, stomach disease and chest pain. As it is a rich source of Vitamin A, C and E it is used in the treatment of night blindness and dry eye. The berries of the sea buck thorn are used in the making of sauce, jellies, jam, purees and juices. It is also used as an ingredient in the food for babies in Finland. Its leaves and bark are used to treat diarrhea. It is also used to treat cough, fever and cold. Its wood is also used for charcoal and fuel.