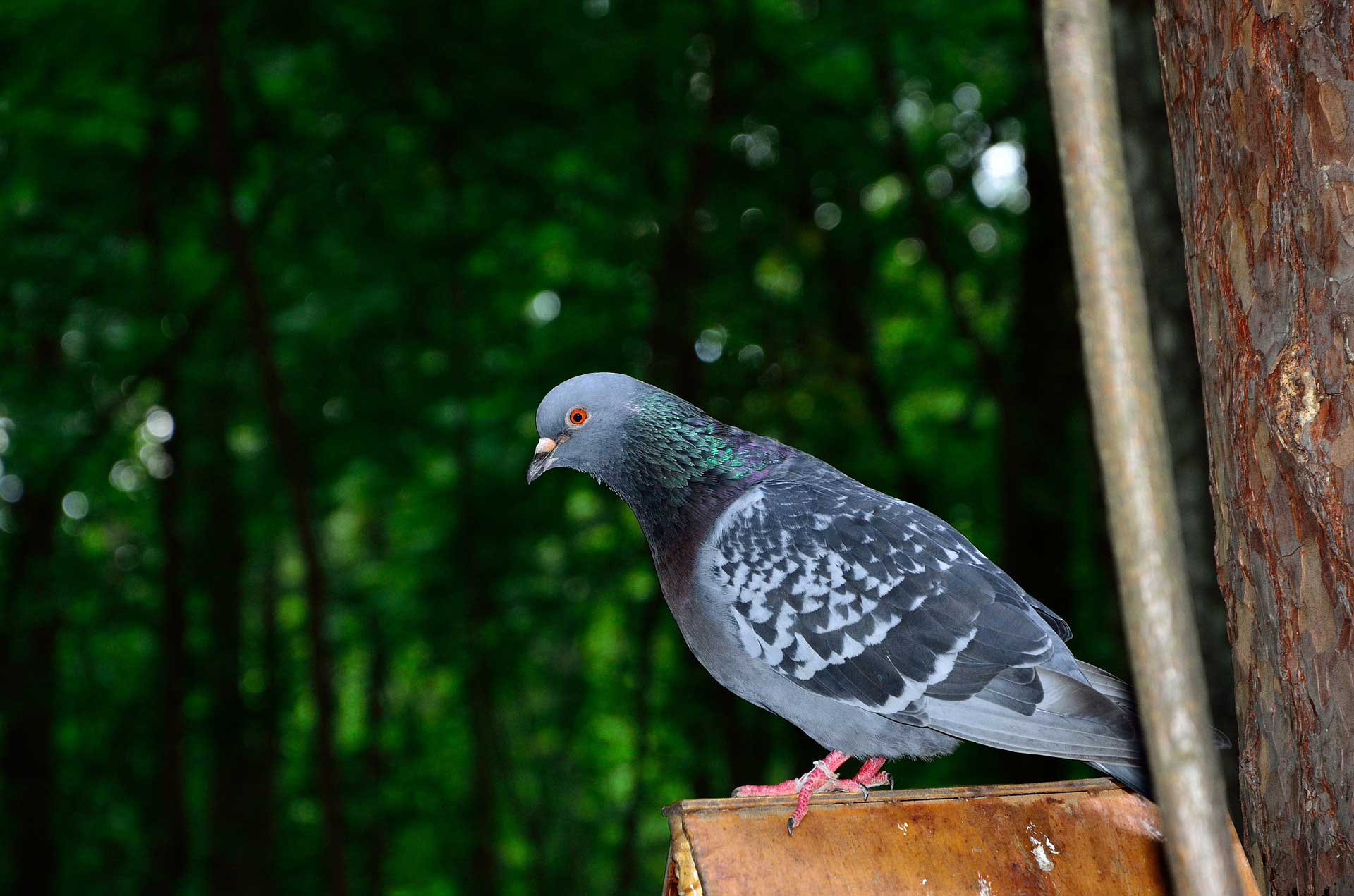 Columba Livia Domestica is a domestic pigeon that is believed to be evolved from the species, rock pigeon. Rock pigeons are considered as the oldest domesticated species of birds in the world. The pigeon domestication that was common around 5000 years ago is mentioned in Mesopotamian Cuneiform  Tablets as well as in Egyptian   hieroglyphics.  Some studies also reveal that pigeon domestication was common around 10,000 years back. Since ancient times, pigeons have played an important role in the human lives, especially during the war times.  The pigeons possess a homing skill, which were used in times of war to send messages. Other than that, in the modern world, pigeons are considered as a best companion or a pet.  In the culinary field, “squab” refers to the meat of a small domestic pigeon that is less than 4 weeks old. It actually refers to all the pigeons as well as dove species.

The domestication practice of pigeons is believed to have started in the Middle East countries.  In the ancient times, the meat of pigeons was consumed in many different civilizations like Rome, Medieval Europe and Egypt.  The meat or the squab was popularly consumed in the ancient times as an exotic food, but was never considered as a main source or as a staple food.

Pigeons attain a size of around 12- 33 inches in length. The wingspan is around 64 to 72 cm, and it possesses a square tail. Most species of pigeon have pink or red feet. The bill of a pigeon is round, slender, short and has a fleshy growth near the tip. It possesses thick plumage that has metallic glints. They are found in many different colors like gray, white, blue, and also in different patterns.  Pigeons have a stout body, but are strong, swift and graceful fliers.  They run and walk on the ground, but hold their toes in a slightly turned position. They make hissing, booming, cooing, chuckling or whistling sounds to make a call. Generally, a pigeon has a lifespan of 3 to 6 years, but there are many species that have also lived till 15 years. It has the ability to fly at an altitude of more than 6000 feet.  The average speed at which a pigeon can fly is approximately 77.6 mph, but the record speed is around 92. 5mph. Pigeons have a single mate, and hence are referred to as monogamous in nature. Within 7 months, the female pigeons become sexually mature. Pigeons build their nest with sticks or straws on the window ledges of houses or buildings. The pigeon mates for around 8-12 days, and then lays around 1- 3 eggs that are white in color. The eggs usually hatch within 18 days. The young ones start to mature, and leave the nest completely within 25 to 32 days. The male pigeons provide protection and guards the female and kids. The materials for nesting are also provided by the male pigeons. The young ones are initially fed with a milk-like substance that is secreted from the adult’s crop. Both male and female are able to feed the young ones with this milk. Before the young ones leave, the female pigeon lays another set of eggs. Usually, breeding takes place in all the seasons, but the egg laying process reaches its peak during the fall and spring season. Their population is considered to be of equal numbers of females and males. They naturally work on restoring the number, if their population decreases.

Squabs are very popular, and are farmed for commercial purpose in North America, long since the beginning of the 20th century. According to the data of 1986, the total production in Canada and United States was around one and a half million squabs during the same year. The pigeons produce around 15 squabs a year. Commercially or farm produced pigeons are around 1.3 pounds in young age, whereas the other traditional pigeons weigh only around 0.5 pounds. For a profitable production, the breeding process is carried out in a two –nest system. It is a speedy process as the female pigeon lays two eggs in the latter nest, whereas the offspring from the prior batch are still rearing in the former nest. The other method is by establishing two lines of breeding. In that method, one line of breeding consists of pigeons with prolificacy, and the second line consists of pigeons giving parental care. When the pigeon reaches adult size in height and weight, then it is taken to the slaughter house. In all sense, pigeon farming is a profitable and interesting business. It requires less investment and less labor. The demand for the squab meat has brought development and keen interest in this farming sector. People are more and more getting attracted to pigeon farming. These birds are very easy to handle and maintain. The housing arrangements are also very simple and less costly. The feeding and maintaining cost is also low, so the profit margin is more in this business. The pigeons are known to be less affected by diseases. Hence, considering pigeons for farming is a good idea. Squab meat is considered as a delicacy due to its soft, tender and tasty meat. But the quantity of meat from each bird is less compared to the other poultry birds. The fleshy meat is mainly that of the breast of the pigeon. Generally, the meat of a squab is dark and fatty, similar to that of a duck. It is easy to digest, and is a very good source of minerals, vitamins and proteins. The meat is silky due to its fine grained texture and tenderness. The taste of the squab meat is said to be milder, and is similar to the flavor of a berry. Commercially grown pigeon meat requires less time than the traditional one, to cook. Hence, it is suitable for roasting, frying, grilling and searing.