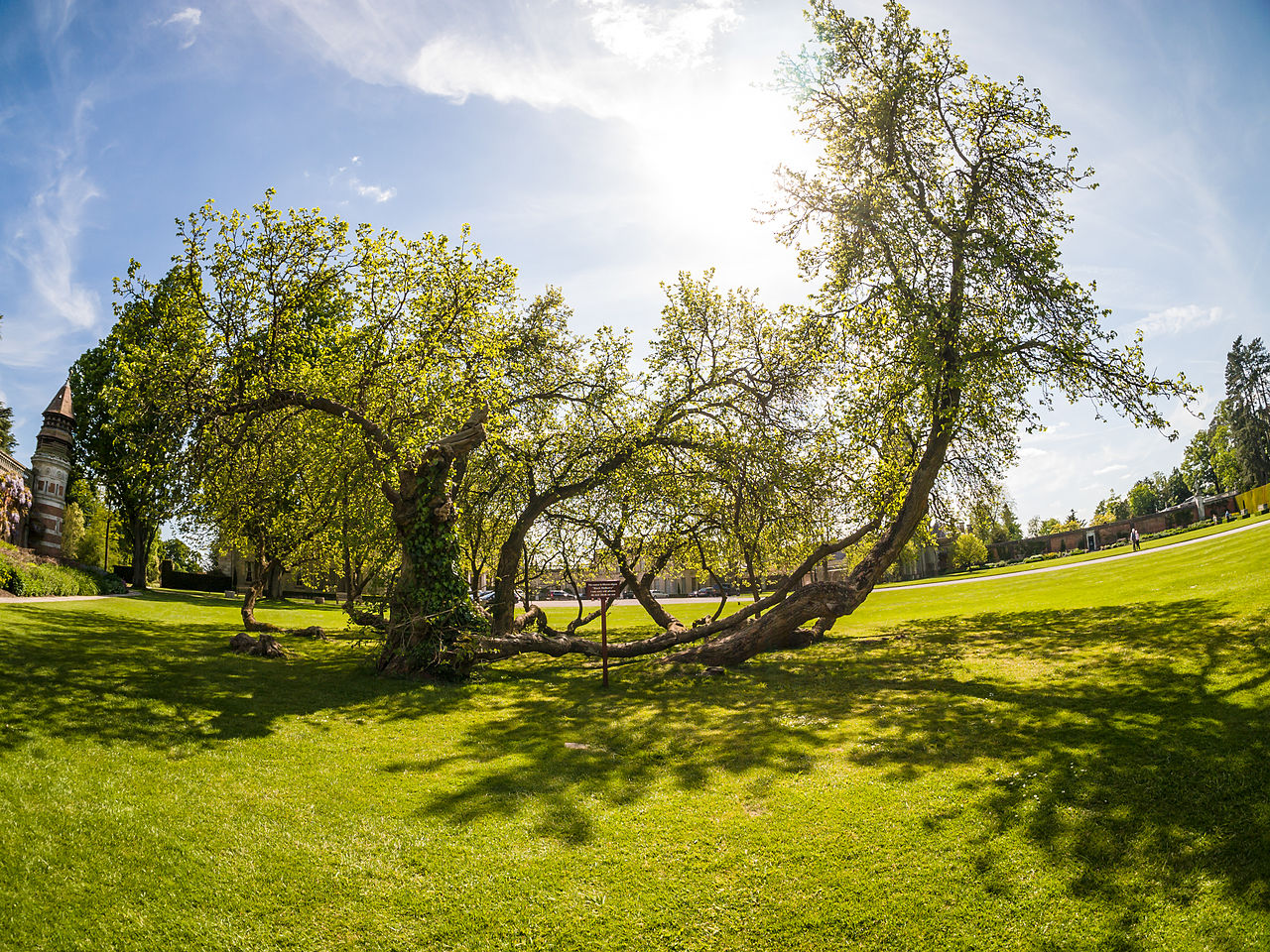 There are  10 to 16 varieties of these trees in this genus, Mulberry Tree Morus (Botanical name)   We use this fruit in preparing wines, tarts and pies. The best flavor are those of the Red Mulberry, which is a native of the Eastern North America and the Black Mulberry, native of South western parts of Asia. The fruit of  the White Mulberry has a feeble flavor. It is native of Eastern Asia.

These Mulberies grow quickly in the early stages and gradually slows down its growth. They hardly grow above 15 meters in height. Their normal leaves are mostly ridged and lobed. The fruit grows in clusters, about 2 to 3 cm long, and they are either deep purple or red in color, sweet and edible with excellent flavor in most of the varieties.

Their habitats are the warm regions of Africa, Asia and America, most of the varieties are from Asia.

Mulberries thrive well in deep soils that retain moisture, but properly drained. The success of continuity depends on planting them at the right time and to buy trees with healthy roots.

With different adjustments, the ideal production and growth of the mulberry trees are obtained from deep soils that are moist and fertile. Using soil with proper drainage,  blended with good organic material with a near neutral pH value between 6.0 and 7.8  is the ideal range. Do not use in sandy or gravelly soil, or any other shallow soils which are hardly 1 or 2 ft deep on top of rocky layers or coral pan. So long as the mulberry tree is provided with enough organic matter or layers of mulch to cover the roots throughout the year, it is assumed that there is enough of nutrients for the mulberry. Even then, as per the directions you would do well  to scatter slow-release, granular, proper balanced fertilizer during the middle of spring in soils that are less-than-ideal. Having obtained the seed or a Mulberry tree sapling, the next step is to till an area of 2 x 2 feet in a sunny area or somewhere with a greenhouse effect. Make a shallow pit to drain out most of the water. Sow your seeds or plant your tree sapling  at a point in the ditch that is the shallowest. Water the seed/plant soon after planting, because it is a bit risky, transplanting a tender plant from a pot to the open soil. In case it is a seed, then it will germinate if watered

It is possible to grow Mulberries by seeds; this of course is the ideal way to grow Mulberries. Trees grown from seedlings are normally healthier. But trees are frequently planted from big branches cut from other Mulberry trees, they take root quickly

Water your Mulberry tree soon after planting it, because it is a rough method transplanting it from a pot in an open area. In the case of seed, it germinates well if watered.

The three types of mulberry trees have different temperature needs. The black mulberry is the most delicate of the entire species and is very vulnerable to cold climates. Being a tropical tree, it has a very low temperature tolerance, so it needs to be planted in a warm climate. USDA Hardiness Zone 7 or warmer are ideal planting zones. The red mulberry is a little  tougher as it is a native American mulberry species. It can stand temperatures up to -25° C, which comes under USDA Zone 5. This tree will grow well in Zones 6-9. The white mulberry is the toughest of the trio and is the most cold tolerant. Irrespective of their sub-species, mulberry trees require a lot of sunlight. They should be planted in an area that receives direct sunlight for at least 8 hours. Mulberry trees will flourish in shady areas,  but the quality and quantity of the fruit are poor and even the tree’s structure is weak. The colder the climate, the more the sunlight is needed.

Water conservation is possible by dispersal of a few inches of mulch at the bottom of the tree. Besides, the mulch goes on to supplement nutrients and gives life to the soil while it is decomposing. Be certain that the mulch does not touch the tree base.

The ideal method of collecting Mulberries is waiting for the fruit to ripen at the beginning of autumn. Then hold a big sheet of plastic or cloth underneath the branches and jerk the tree mildly. Leave the fruits that are not ripe on the tree and collect them later.
The tree starts bearing fruit only after 8 or 9 years following planting.