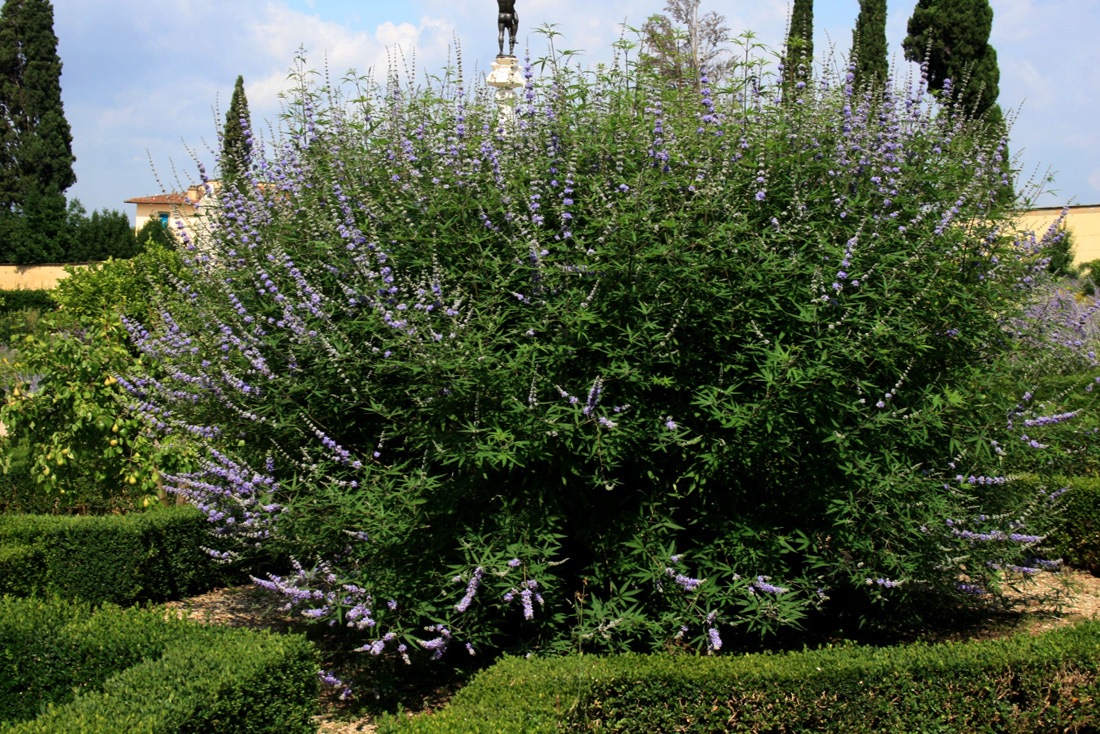 Vitex Agnus-Castus, is otherwise called Vitex, Chasteberry, Chaste Tree, Monk’s pepper or Abraham’s Balm. It belongs to the region of the Mediterranean.. It is one among the few varieties of Vitex growing in the temperate zone. It is a genus of the sub-tropical and tropical blossoming plants.

This Chaste tree belongs to the Vitex group; it is one among the ancient phytomedicines.  The earlier Greek physicians Hippocrates, Dioscorides and Theophrast, referred to it just as the Greek historian Pliny, the Elder also did. The Greeks made indications that resemble its use in the modern times. They suggested it as a first aid for complains of the spleen, for heeling external wounds and for use during childbirth. The old-time physicians of America, made use of it for stimulating lactation.

The herbs possess a very good track record in reducing complaints that are collectively called as Premenstrual Syndrome. This is particularly used as an effective relief to any inadequacy in the corpusluteum.

This Chaste tree or otherwise the Vitex Agnus-Castus is a beautiful deciduous shrub, it bears purple colored flowers in clusters during summer. It is also used as an alternative for treating any reproductive problems of women.

The Chaste tree’s leaves that bear the scent of Sage have the outline of a hand, or a palmate. Earlier, it was believed that it had the effect of a sedative.

The Chaste tree attains a height of 8 to 20 feet and a width of 5 to 20 feet. It matures into the shape of a Vase and later on it is likely to become expansive; the remedial measures are pruning.

The Chaste tree attracts bees and butterflies. Besides, it is a first-rate honey producing plant. The seeds are rejected by the wildlife, and it is better for you to discard the spikes of the flower prior to its becoming seeds, this will help the plant to flower.

The flowers are arranged at the end of the stem, the trees have dense branches of 10 – 20 or even more pairs in a congested cyme, overlaying the common axis. The blossoms that emerge during the months of June to September are tiny and have a sweet scented fragrance, their orientation is in the form of racemose (a raceme form) in long terminating spikes. The color variation is from white above pink-lilac to dark blue.

The Chaste tree is indigenous to China; however, its history records, a long period in the U.S. Its foremost cultivation occurred in the year 1670, and ever after, it became a natural plant all over the southern regions of the country. Most of the people over there considered it as an ideal replacement for the lilac that does not tolerate the summer heat. The Chaste trees are native to southern regions, Europe and central parts of Asia.

Chaste trees need total sunlight, with a little shade and properly drained soil. Under proper circumstances, it is enduring to USDA Zone 7, on the southern shore of Nantucket and Long Island, in the Southwestern regions of England and on the East Coast of North America.

Select a site where the water is not stagnant, but properly drained. This particular shrub tolerates alkaline as well as acidic soils.

The Chase trees require proper draining soil and bright sunlight. Never plant your Chaste Tree in soils rich in organic matter, since they store much moisture near the roots. It is possible to grow Chaste trees either as small trees of height 10 to 15 feet or as large multi-stemmed or deciduous trees. Besides, it is well known for its attractive display in summer (end of spring in the extreme south) of its vertically pointing branches, fragrant terminal pinnacles and blooms of lavender, that attract bees and butterflies. In order to enhance the production of good honey, they are planted close to places where honey is sold. The trunk of this tree is chunky and to a certain extent decorative,

Locate an area in your garden where partial shade and total sunlight is available.

The Chaste tree is a plant that is semi-hardy, therefore be certain that the time for frost is over and the temperature is moderate.

Once the tree is set in the soil, a Chaste tree does not require water. A mulch of inorganic nature, like stones or pebbles, permits dryness of the soil in between the rains.

Because of its fragile fragrant foliage, Vitex Agnus-Castus is endemic to regions that are subtropic and with warm temperature. The spikes of the lavender flowers attract the butterflies during the later periods of summer when the climate is cold. Chaste trees grow to heights of 1 to 5 m.

It is possible to have a Chaste tree of either a single trunk or prune it to form a central leader. Pruning once a year in winter helps to retain the shrub in good shape; constant pruning is advisable.
Once or twice a year, provide the plant with an all-purpose fertilizer and restrict the use of organic mulch like shredded wood, bark or straw.

When the weather is severe, the Chase trees die and fall on the ground; however, this is not an issue, since they shoot up once again from their roots.

Annual pruning is required for maintaining the size and shape of the Chaste tree and also for increasing the number of branches. Also, it is necessary to discard the spikes of the flowers when they fade. The number of flower spikes is reduced by permitting the seeds to mature following the maturity of the flowers towards the end of the season.

The normal problems faced by the Vitex Agnus-Castus, are nematodes, root decay and spots on leaves, and even though not usual, occasional pests are the scales, white flies and aphids.

The Chaste fruits are as small as a peppercorn, purple to black in color and hard, they ripen towards the end of September and in November.

Harvesting of the berries is performed by a mild rub of the berry, loosening it from the stem.

Vivtex Agnus-Castus is a Chaste tree fruit. The seeds and fruits are useful for making medicines.
Vivtex Agnus-Castus is at times named as “the women’s herb”. This medicine is used for irregularities in the menstrual cycle, premenstrual syndrome (PMS), Premenstrual dysphoric disorder (PMDD), a more severe form of PMS, and symptoms of menopause. Besides this, it is used in the cure of “Lumpy” (fibrocystic) breasts, for preventing miscarriage in women having low levels of a hormone named progesterone, female infertility, aiding in forcing out the placenta after childbirth, and controlling bleeding, and for increasing the quantity of breast milk.

Vitex Agnus-Castus is used by certain men for increasing the urine flow, for the treatment of benign prostatic hyperplasia (BPH) and for reducing their desire for sex. Scientists say that monks chewed the parts of a Chaste tree for making it easier in maintaining their celibacy.

The other uses of Vitex Agnus-Castus are for nervousness, pains, swelling and inflammation of the body.

Certain other people apply Vitex Agnus-Castus on their skin to get rid of parasites and prevention of stings and insect bites.

How Does It Work?

It is said that Vites Agnus-Castus affects most of the hormones that regulates the reproductive cycle of women.

In general, it is concerned as mild and safe with adverse reversible effects, including itching, GI reactions, headache, fatigue, and acne.