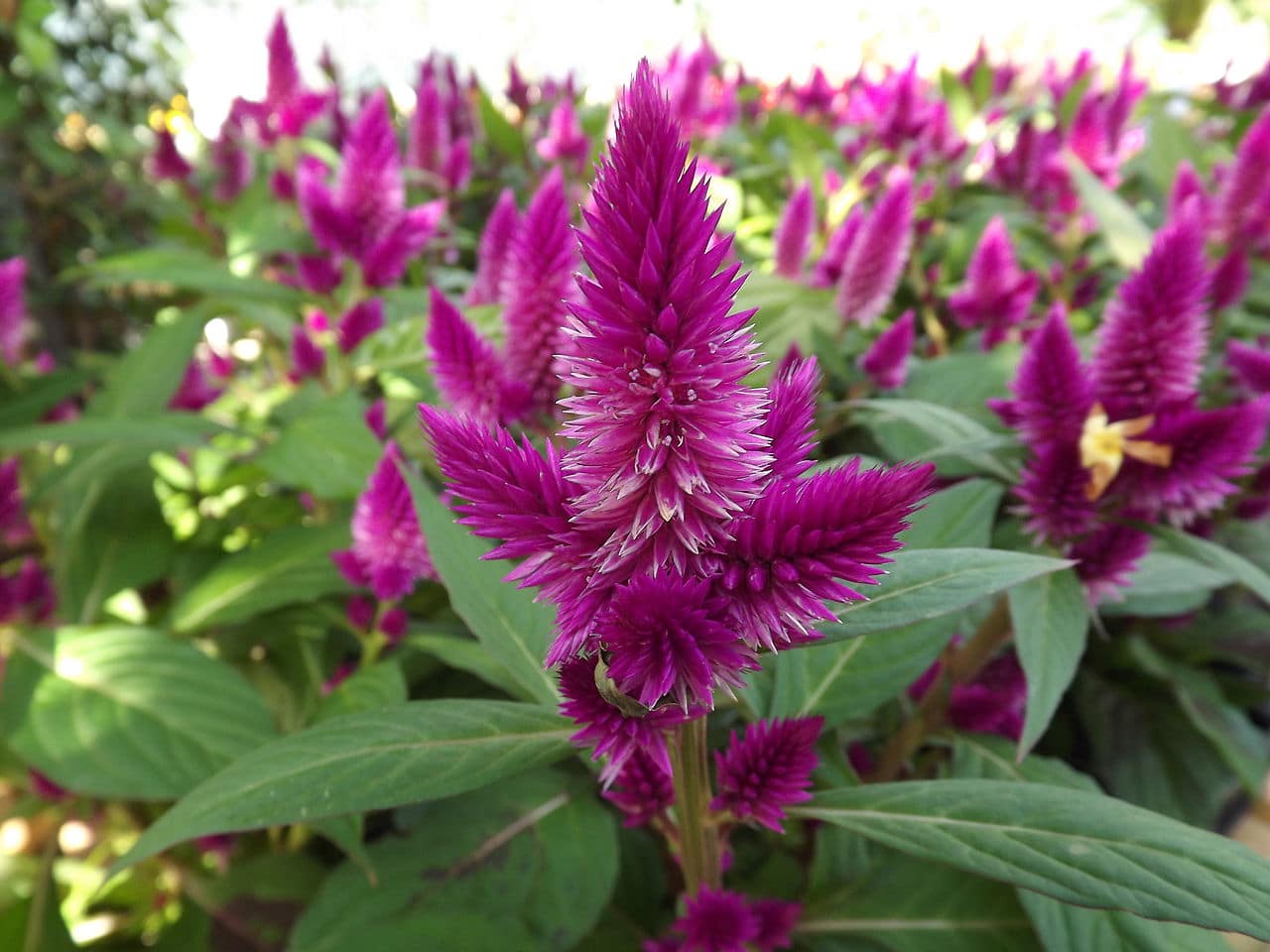 Celosia is a tiny variety of ornamental and edible plant belonging to the amaranth group of flowers called Amaranthaceae. This genus attained its name from the Greek word “kelos” which mean “burned” and this has reference to the flame type flower heads. They generally call this variety Celosia cristata or wolf flowers, and  in case the head of the flowers displays an a coalescence of stems or abnormal flattening, people call them Cockscomb. The plants are famous in the highlands of East Africa where in their native tounge Swahili they call these flowers “mfungu.”. Anatomy

Celosia appears as a cluster of flowers atop reddish or green leaves. Their range of colors include red, orange, yellow, pink, golden and wine.The velvety crested varieties (Cockscomb) appear rippled, but the rest take  the shape of spikes or plumes. They grow to a height of six to thirty six inches; it is not the height alone that determines the size of the flowers.They are annual flowers. In the warmer regions, we find celosia flowers perennial in the technical sense. Majority of the gardeners makes it a point to cultivate celosia as yearly flowering plants. In case you need a low-growing boundary,then a dwarf celosia is the one most suitable. Otherwise choose celosia flowers that grow to a height of three feet as a primary plant. If you are considering going for seed planting, celosia seeds grow into flowering blooms  in about  three months from the planting date; thus start planting them in the spring.

Use a plastic cover and wrap the peat pellets, place them in a warm area where you can maintain temperatures between 70 to 80°F. In order to provide air circulation, replace the plastic cover every day. Water your celosia plants as soon as you complete the process of sowing the seeds. Use a watering can with tiny spouts  and water the pots as well as the bed as and when necessary.

Celosia plants favor warm climate; they flower 90 days following planting. The Celosia plant flowers around the later end of the season. While many flowers droop at the end of the season celosia flowers brighten your garden. Celosia flowers range from pink to red or pale yellow in color. The flowering takes place from the earlier part of July to the far end of September.

Plant your celosias adjacent to the bloomed flowers and water after every two days. Cut your celosia flowers as usual either in the early hours of the morning or late noon. When reaping is complete, put your cut flowers in a bucket filled with water up to 1/4th the volume. This helps the cut flowers to recoup the immediate effect of separating them from the plant.To lengthen the shelf-life of the cut flowers, as far as possible,  cut the newly bloomed flowers.