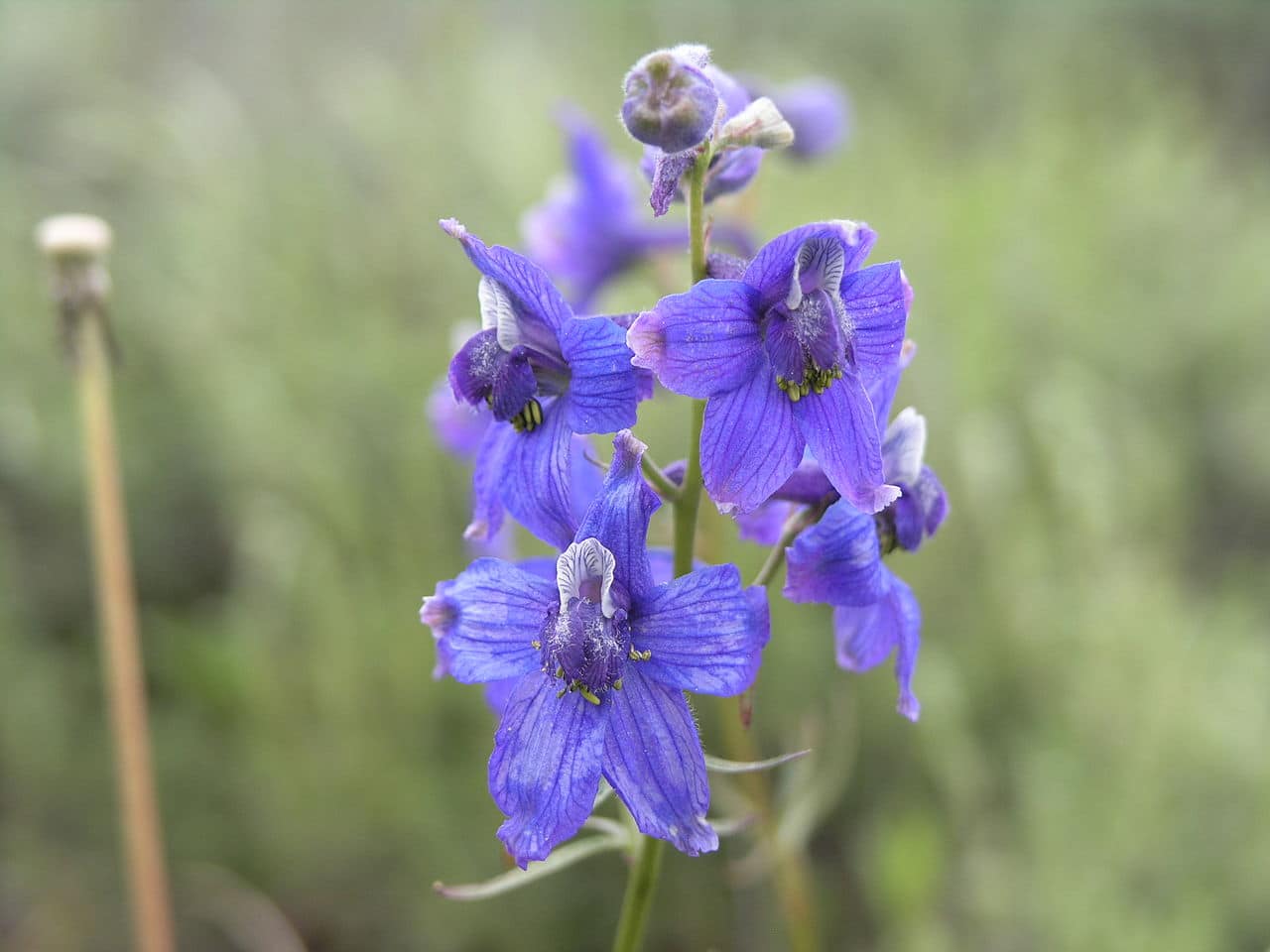 The delphinium is a particular variety of plants consisting of around 300 types of perennial flowering plants belonging to the Ranunculaceae family.   You can find them throughout the Northern Hemisphere, including tropical Africa’s high mountains. The annually flowering species of the Consolida genus and the perennial Delphiniums share a common name, “larkspur.” The molecular structure indicates that Consolida and Aconitella, a separate genus can trace their origins to Delphinium.  The name “delphinium” derives from the Latin word for “dolphin”.  The Native American Indians used delphinium flowers to repel the scourge of scorpions.

The leaves have sharp lobes; 3 to 7 of them have tooth like projections similar to the shape of a palm leaf. The primary flowering stem is vertical.   Based on their species; they vary largely in size from 10cm in certain alpines to 2 meter height in the bigger meadowland varieties.

How to cultivate domestically Delphinium plants are so elegant, that it is worth the trouble you would take to grow them. They require total sunlight and a soil that is excellent, properly drained to depths and uniformly moist, containing enough of humus in it. Add agricultural lime in case the soil is much more acidic. The delphiniums endure any type of food; feed them with well-rotted compost or manure and benefit from treatment with 5-10-5 fertilizers yearly. The hollow stalks of the flower, even though strong, are likely to break in the breeze, so protect the growing area well from the high winds.  Following the dictates of delphinium plant care normally gives best flower results.

Do not let your delphinium plants to get dry. Allow the soil to remain uniformly moist by which the roots become cool. You can do this by depositing good organic mulch to a thickness of 3 to 4,“or use compost.  During spring, water sufficiently, and afterwards it starts its second season’s growth.

Delphinium’s climax flowering time is beginning to middle of summer and continues to late fall.  The bloom time prolongs for a week, to facilitate the variation in blooming time of different plants.

After delphiniums have ceased blooming, cut the stalks of the flower to the level of the ground, you see fresh and small flower stalks starting to shoot up. The flowers stay on until the onset of the cooler days and mild frost. These dainty flowers make for ideal cut flowers.  Take the flowers into your house, as soon as they open and you will see the flowers bloom once again. Add sugar to the water in the vase to prolong the life of the cut flowers.