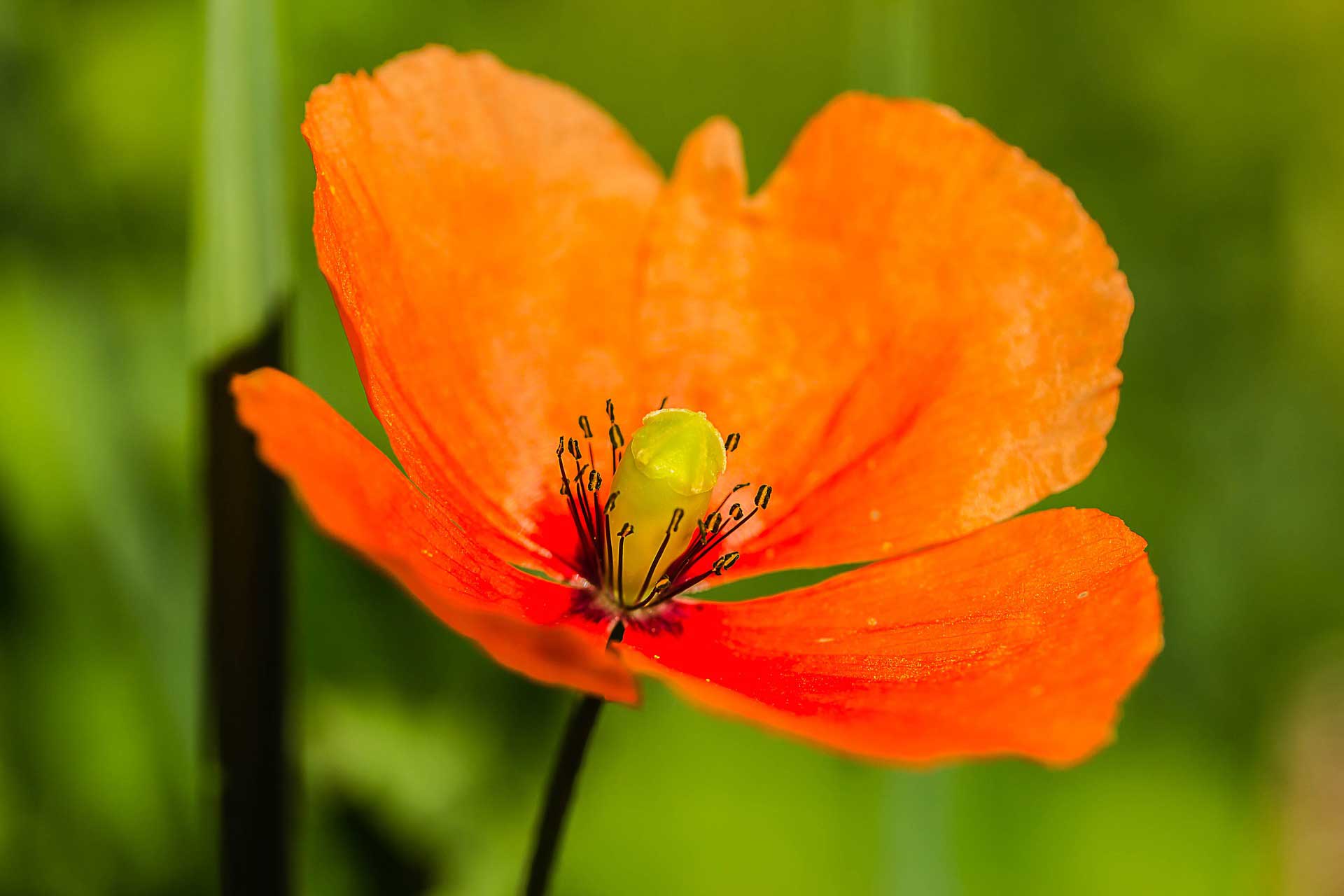 The flowering plant Poppy belongs to the subordinate family, Papaveroideae of the main family, papaveraceae. People grow these herbaceous plants are for their colored flowers. Papaver somniferum, a variety of poppy, generates edible seeds that people use for making unrefined medicine opium, containing, and strong medicinal alkaloids like morphine. In earlier days, it served as a tranquilizer, analgesic and entertainment drug. After the French war fought in the poppy field of Flanders at the time of the First World War, that the red poppy came to represent the soldiers who sacrificed their lives in the war. This plant grows mainly grown in the eastern and southern part of Asia and the southeastern part of Europe, though its origin lies in the Mediterranean region. These herbs have short life flower once a year or once in two years. Few varieties die after flowering (monocarpic). Poppies grow to a height of 4 feet, and their flowers are 6 inches wide having 4 to 6 petals and many stamens very prominently displayed in the center of the flower. It has an ovary having 2 or more fused carpels. The petals of many colors and are flashy. Few have markings on them. The petals remain compacted up in the bud. After they bloom, they open flat, before shedding. During the end of spring and the beginning of summer, you can see the poppies in full bloom. Most of the varieties give out latex when damaged. The pollen of Oriental poppy is deep blue in color, and it goes by the name,” Papaver orientale.”

Preparation for Planting and Watering

Plant the Poppy during autumn in quick draining soil where there is enough sunlight. They bloom abundantly in the beginning of summer and in the cool spring season. Poppies diffuse from the seed where the sunlight is present or where they get a minimum of six hours sunlight a day. In Zone 7 and greater, give poppies, some shade.

To avoid the poppy flower seeds from washing away during the process of watering, make use of the watering can or a hose having a spray nozzle. Until the seeds germinate, retain the moisture in the soil. It takes 10 to 15 days for germination. Once the poppies sprout, water them in hot climate only.

In case you have the big flowered poppy, cut it back to around 6” from the ground level with a hedge clipper; then you have a second set of flowers in the month of September. This keeps the garden orderly and the poppy flowers fade away naturally in July. Then trim the leaves and other unwanted appendages. Try cutting the poppies before sunrise, prior to its opening, put it in a vase with water and see it open gradually.

It is also possible to dip the cut end for a while in boiling water; this stops the flower from bending.