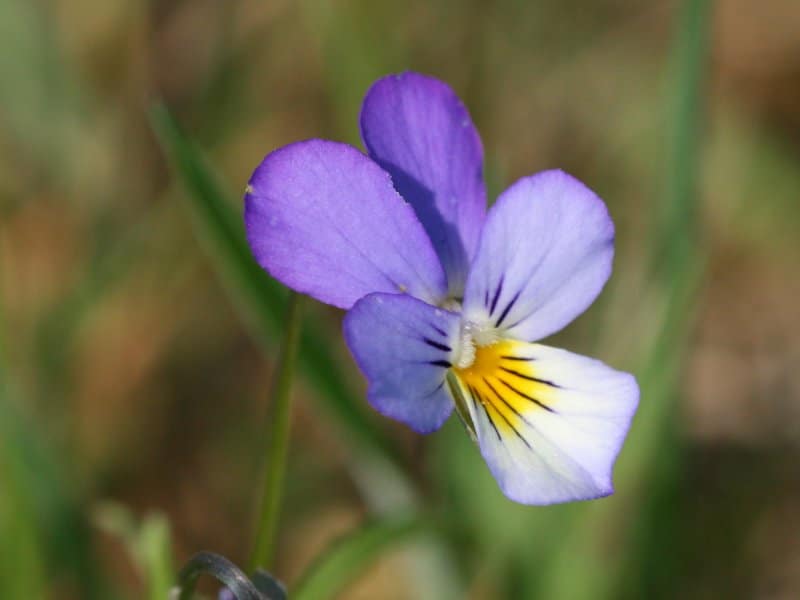 These pansies are a collection of large-flowering crossbreed variety of plants, grown as garden flowers.

The pansy is a derivative of the viola species. The pansy acquired its name from the French word pensee even though horticulturaliststoday seem to employ the term “pansy” for the hybrids that are big and of multi-colors. People grow Pansies year after year mainly for the purpose of breeding

In the 19th century, Lady Mary Elizabeth Bennet, the daughter of the Lord Tankervillea, cultivated varieties of these plants bearing different types of flowers, through cross breeding. In the year 1812, she introduced her pansy  to the horticultural world. Linked to its ancestor, the viola.   Since the 4th century BC, The Greeks cultivated it for its medicinal value and Shakespeare entwined romance into the flower.

The upper petals of the pansy flower are somewhat overlapping and diverted upwards.  They are   2 to 3 inches diameter. Besides the two overlapping petals, there is a single bearded petal rising from the center of the flower. You have possibilities for the pansies to grow to a height of 9 inches. The pansies need properly drained soil and sunlight of varying temperature.

How to Cultivate Pansies Domestically Grow pansies in cool temperate weather.  In moderate climates, we obtain the most excellent supply  of the juvenile transplantations. As quickly as you are able to set up the ground, if you set them in the fall, you can  expect  blossoms very early in spring. When the warmth of summer does not exceed 90°F,  pansy blossoms the best and continue till the fall season. When the climate is too hot, use  cultivars that have resistance to the heat, and Plant the pansies in a reasonably shady area; Planting pansies in the calmer winter season during the fall  keeps them blooming all through the winter.

To attain healthy blossoms and growth, you must plant them in the portions of the landscapes where you have sunlight in abundance.  Pansies flourish where the soil contains well drained moisture and possesses advanced organic matter.
Bear in mind to water the pansies frequently.  The main reason why pansies do not show up is due to lack of watering. Therefore, if your pansies do not meet your expectations, do water them better. At the beginning of fall, you plant the seeds and you will see pansies blooming season start in the month of March or the  beginning of April. The plants generate 35 to 50 flowers at a time all around the month of May.  The production doubles when you plant them during the fall as against planting them in the spring season. Following a week after becoming firm,  plant them in their beds to grow on their own. Since they are woody plants, you can plant the pansies outdoors prior to the frost free period in your region.

As a Cut Flowers