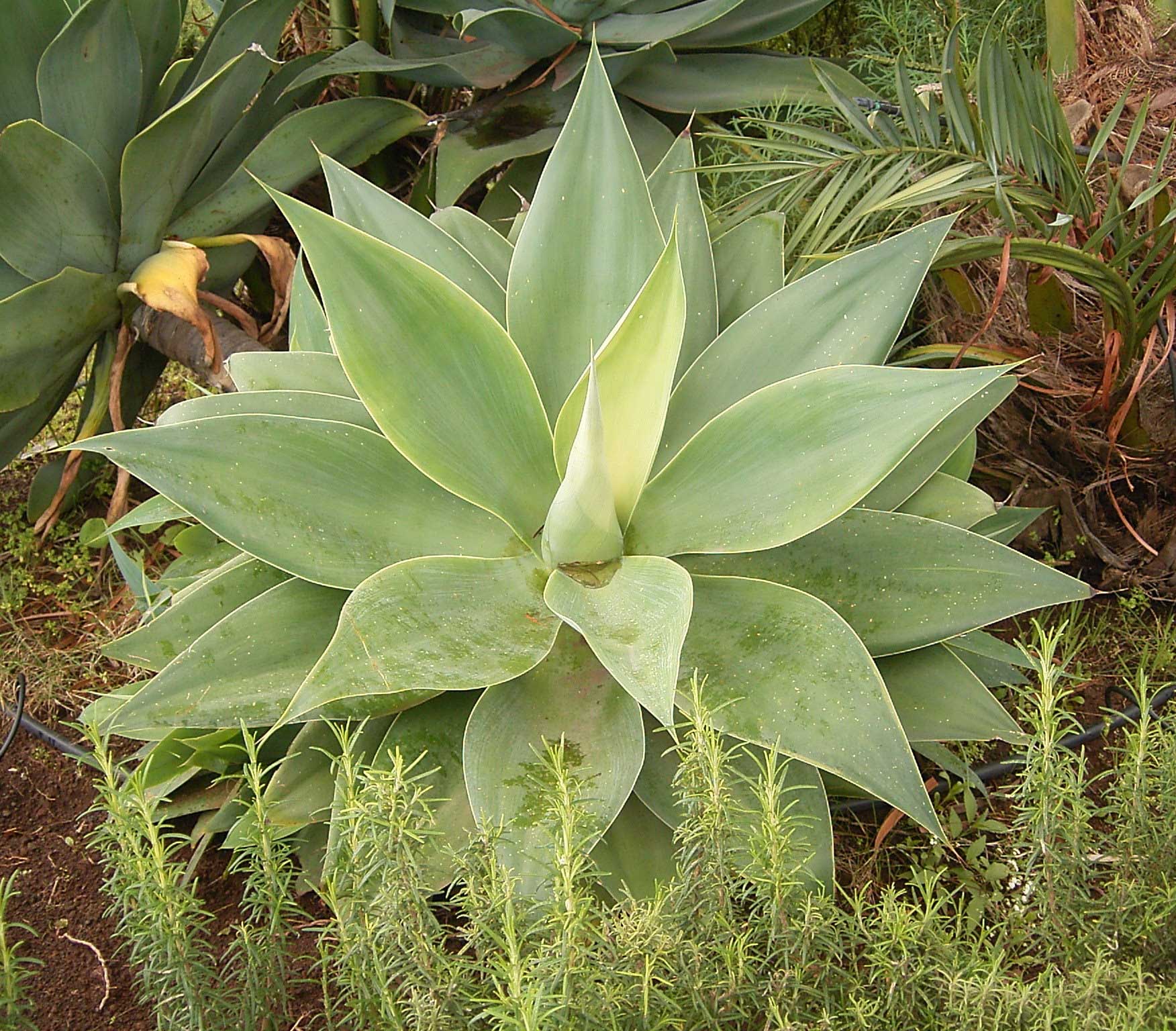 The Agave, a perennial plant from Asparagaceae family, belongs to the Monocot clad. It is a plant from a cactus-like genus. Though it is a perennial plant, the rosette dies after flowering once. It has around 208 species and some species are referred as the century plant. The most commonly seen and used Agave plants are Agave Attenuatta, Agave Tequilana, Agave Americana, Agave Pariflora,  Agave Angustifolia, Agave Parryi,  Agave Murpheyi, Agave Palmeri,  Agave Victoriae-reginae and, Agave Vilmoriniana.

This plant bears fleshy and wax like leaves on small stems that provides a showy look and is usually grown as an ornamental plant. The parts of the plant like flowers, sap, stalks and leaves are edible and are also used in cooking, especially the flowers and the sap. Most of the species are believed to have originated in Mexico.

The Agave was referred as ‘century plant’ due to its characteristic to bloom very late. It is also believed that the name ‘Agave’ was derived from the Greek word “agavos” which means “illustrious”, a perfect name for these kinds of plants with magnificent features. This name can also be seen in many of the mythological stories. In the late1400s and 1500s, the Spanish conquerors used a beverage called “pulque” which was made by fermenting the Agave plant. This beverage was mainly produced by the Nahuatl tribe. They used it mainly for religious and therapeutic purposes. The Blue Agave was used in making tequilas, and in the early 1800, with the increase in tequila distilleries, the production of Agave plant was increased to meet the ever growing demand. Thus, it became a main crop that contributed a good percentage of the economy of those regions.

Agave is similar to cactus in appearance and is a perennial plant that grows about 4 feet, especially the Americana Agave plant, and it bears grayish green leaves up to 2 feet in length with a prickly and toothed margin and also possesses a sharp and heavy spine at the edge. It bears, flowers, that are usually seen in clusters with a white, yellow or green hue that grows on top of the branched stalks and grow about 30 feet in height. It takes around 50 to 60 years for the plant to bloom.

The Agave plant is an easy growing plant and hence can be found in many habitats. It is mostly seen on the rocky slopes and well drained areas. Most of the species falls in the range from Utah in the western part of North America till the Mexico region. Some species can also be found in the Caribbean region and many areas in South America. Usually, most of the species can be seen in the semiarid zones and above the desert level. Sonoran Desert consists of about 40 species out of the 150 North American varieties of Agave plant.

How to Grow at Home

Soil
Grow your Agave plant in any native rocky soil, but the only condition is, it must be well-drained. It will thrive on loamy and rich soil if it possesses a good drainage facility. It is usually adapted to moist, rocky soil and can also tolerate poor soil. If you have soil with a heavy content of clay, then mix some gravel or pumice to increase the drainage. For growing at home, a nutrient rich potting mix or standard succulent mix will be preferable.

Water
It is a cactus like plant, hence it is drought resistant. In the beginning of the growing period till 2 months old, it should be watered once in 4 or 5 days in hot spells and near the desert areas. After establishing, the Agave will require very less water and so watering once a month will be sufficient.

Fertilizers
Most of the Agave species does not require fertilizers to grow. In fact, if fertilizers are used, then it will encourage the plant to bloom which will ultimately lead to the short life span of the Agave plant.

Planting
It is a difficult task to propagate the Agave plant from seeds, instead try using offsets of the plants.  The Agave plants bear long and strong taproots hence transplanting it is a bad idea, so select a perfect location for planting the Agave. While planting the younger ones, do not dig big holes, as this plant bears root above the soil. The soil must be well drained and mixed with sand or grit if required. Providing with a good potting mix or cactus mix is a good idea. Water the plant in the first week and reduce it to half the quantity in the next week. Later, provide less water like, twice or thrice a month. For growing healthy, it requires full sunlight, even in the winters. If planting in pots, allow the roots to grow strong enough to be transplanted

Care
The Agave falls in the group of plant that requires less or nil care. Actually, neglecting this plant will help to grow it well. It is not a people-friendly plant, hence, disturbing regularly will hinder the growth. If growing in a pot, choose an unglazed pot made from clay which will allow good air circulation and helps with evaporation of excess water content. Also mix a good amount of pebbles to ensure a good drainage capacity when grown in a container.

Harvest
The Agave plant blooms in summer and produces a large number of fragrant flowers that can be harvested and used in cooking. The leaves of Agave plant are filled with sap during the winters or spring, which is the perfect time to harvest. For the sap collection, the plant must be grown for at least 6 to 8 years. The leaves of the Agave are pruned at the middle of the plant to produce sap. The Agave sap thus collected will be about half a gallon in one week.

All the parts of the plant like leaves, flowers, stalk and the sap can be used for culinary purposes. The flowers must be boiled before use and the anthers must be removed before cooking to prevent a bitter taste. Even the leaves are used in cooking, but it consists of fiber, which is thrown away after chewing the leaves. Agua Meil, the sap produced from the Agave plant is sweet water, which is used in preparing syrups, vinegar and beverages. Tequila is a main beverage made from the Agave plant. Other then culinary purposes, it also possesses some medicinal benefit like weight loss, curing indigestion and flatulence.