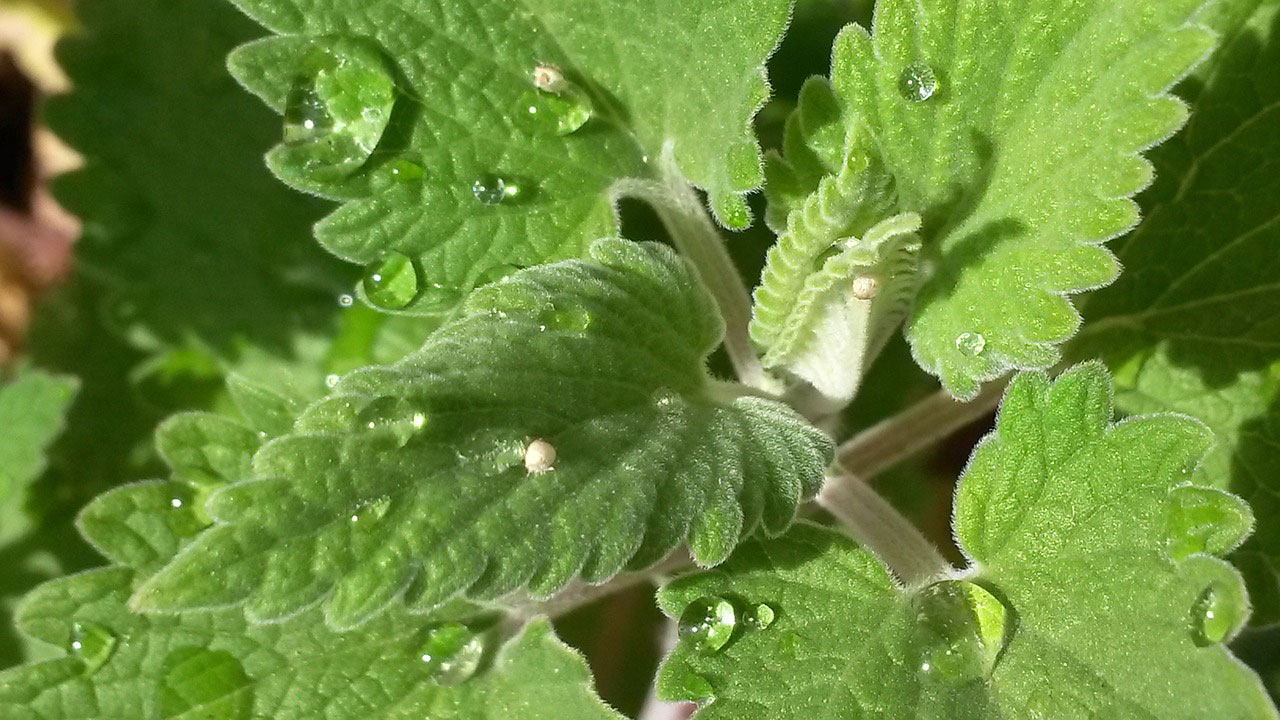 Catnip, technically known as Nepeta cataria, is a perennial plant belonging to the family Lamiaceae and genus Nepeta. It has originated from the eastern and southern parts of Europe, central Asia, the Middle East and certain areas in China. It can also be seen abundantly in North America, New Zealand and northern Europe. The other names are Catswort and Catmint. The name Catmint is also referred to when talking about the whole genus.

Catnip, also known as cataria, is derived from the Latin word culture which means a cat . It is best known for the effects on all members of the cat family. Animals like lynxes, leopards and tigers react very strongly to Catnip. This was also used as a beverage and for medicinal purposes in the ancient times. It was also believed that drinking catnip tea would give relief to ill people and increase perspiration without increasing the body heat, and thus it helped in curing cold and fever. Catnip tea was also a favorite domestic beverage among British Isles. In some regions, it was used for smoking. It was once believed that smoking the leaves would produce a mild hallucinogenic effect.

Catnip is a perennial, short lived herbaceous plant that grows about 50 to 100 cm in height. It is similar to the members of typical mint species, in terms of the stem that is square shaped in both the genus. It has greenish-brown leaves that are coarse-toothed and ovate.

The flowers are usually found small and white with fine spots of pink or purple color in it. They are very attractive and have a perfumed fragrance. They usually blossom during late spring or in the middle of autumn. The Catnip is not indigenous to northern and central Illinois, but is very abundantly found in these places, though it is not present in many places of southern Illinois. Other habitats are open woodlands, gravelly areas along railroads, limestone barrens, on the bluffs, miscellaneous waste areas, fence rows, weedy meadows and pastures. This species can be abundantly found in disturbed areas and in some natural areas where the soil has some traces of limestone in it or in nearby places. It expanded to North America from Eurasia region.

Catnips can tolerate a variety of soils, but it prefers well-drained medium rich loam. It thrives well in full sun, but can also grow under shade. The aroma of this herb is comparatively more when cultivated by hydroponic method or in sandy soil.

The best time to set out the plants is in the spring, just after the final frost period. There should be at least a gap of 18 to 23 inches between two plants. The white flowers appearing in the summer usually form seeds that sprout. Thus the plant keeps on expanding. It also expands due to the underground runners. Trim or pinch the extra emerging flower buds and stems.

This herb requires regular watering. Over watering can be harmful, so let the soil dry before watering, and then pour enough water.

Catnip is effective for migraine, headaches, anxiety, trouble in sleeping (insomnia), cold, upper respiratory infections, fever; flu; hives, worms, swine flu and gastrointestinal (GI) upsets and other ailments like colic, gas (flatulence), cramping and indigestion. The tonic made from catnip helps to cure the menstrual problems in girls and helps to increase urination. Catnip can also be directly applied to the skin for getting relief from swelling, hemorrhoids and arthritis. Some people use catnip leaves for smoking to get a hallucinogenic effect. It is also used in making insecticides and pesticides.

Pests like spider mites and whitefly can harm catnip plants. It can also be affected with mildew. Trim the plants regularly to keep the center of the plant open for air circulation. This will help to keep the pests away. Catnips affected with any diseases has not yet been recorded anywhere.