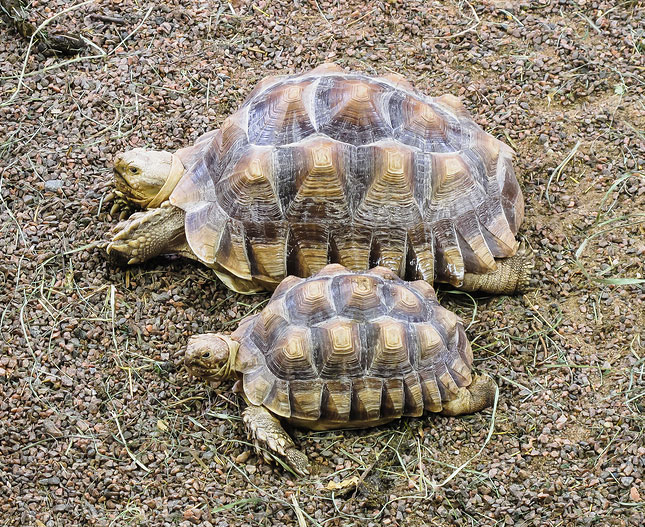 If you are either a pet owner or an enthusiast, it is likely that you know that sulcata tortoises can be a popular choice among your peers. That is the case most especially, if you want something unconventional and out of the ordinary when picking a pet. Certainly it is going to be a challenge taking care of pets such as tortoises, as owning one isn’t very common and might be unheard of for some. From that alone, you can easily tell that extra effort should be put for you to learn about the nature of these animals. Moreover, learning about the different dos and don’ts when having a somewhat exotic pet also requires you to do some research to ensure that your pet receives the care and attention that is due to them.

Furthermore, among the various species of tortoises, one of the most popular ones to be selected as pets are the sulcata. Also known as the African spurred, these animals are one of the biggest species of its kind on earth. They can weigh up to 43 kilos and grow up to 656 mm when fully grown. Aside from that, they can live up to more than a century, surpassing the lifetimes of their owners. Unbelievable as it may seem, but these are all facts that prospective sulcata owners should bear in mind. So, what else is there to be known about these rather interesting creatures? Just read on if you intend to be further enlightened about this matter.

The term “sulcata” actually means “furrow” in Latin. This pertains to the furrows which can be found on a sulcata’s scales. These tortoises are a native of the Sahara Desert and the Sahel in Africa. To get to areas with higher moisture, they dig burrows which may reach up to 10 feet below the ground. They spend the warmest parts of the day in these burrows. Due to the fact that the temperatures can get really high in their habitats, they only come out whenever the temperature is just right. Usually, they get out during dusk and dawn when temperature levels aren’t very harsh. The African spurred tortoise is considered to be a very important part of the ecosystem that they are a part of as they are only one of the few animals that can excavate burrows thanks to their specialized claws. Other creatures of the desert also seek shelter in the burrows that these creatures dig in order to avoid the inescapable heat that sweeps through their environment. At the bottom of these burrows, the temperatures are much more bearable, which would range from around 50 to 70 F. This is about half of the temperature on the surface.

Being an exotic pet, there are extra notes to be taken when caring for one of these creatures. In terms of housing, they should be sheltered in a dry place. Hence, it is important that they stay indoors whenever it is raining or when the weather is damp or cold. In addition, there should be a large enough space as these tortoises move around a lot. And on top of that, they are pretty much strong, so keeping them in an area with a large space will be good for them.

Even though it is ideal for them to stay in dry and warm areas, high temperatures exceeding 104 F isn’t exactly what’s recommended for them. When such is the case, they find ways for them to cool down by smearing saliva on their forearms or through burrowing. Another aspect of being a sulcata tortoise owner would be one concerning thinking of what to feed your exotic pets. It is no secret that they are voracious eaters. They should maintain a diet that consists of high fiber levels. Calcium is another part of their diet.

A lack of it may cause their shells to form an odd shape which is referred to as pyramiding. They are herbivores and giving them the right kind of food is important to ensure that they remain healthy. Remember to take note of what to feed and what not to feed them. Some important notes to remember is the fact that fiber and a grass-based diet is what it needs. In the wild, weeds and dry grasses are the kinds of food that are readily available to them. Moreover, too much protein, sugar and fruit in their diet is not advisable. Another thing to bear in mind is the fact that they shouldn’t be overfed. While it is true that sulcatas are voracious eaters, reptiles don’t metabolize as fast as mammals, so simply give them the right amount of food.

It is no doubt that having an exotic pet on board can be both fun and exciting, there is that certain sense of fulfillment that it brings. But just as anything else that is out of the ordinary, you can expect that there are challenges that go along with it. That is, it is not an easy task, especially for beginners. That is why understanding and reviewing the nature of these creatures is a must if you ever plan to have one as a pet. If you find out that you are up to the challenge, then go for the thrill and experience how fun it can be being an owner.