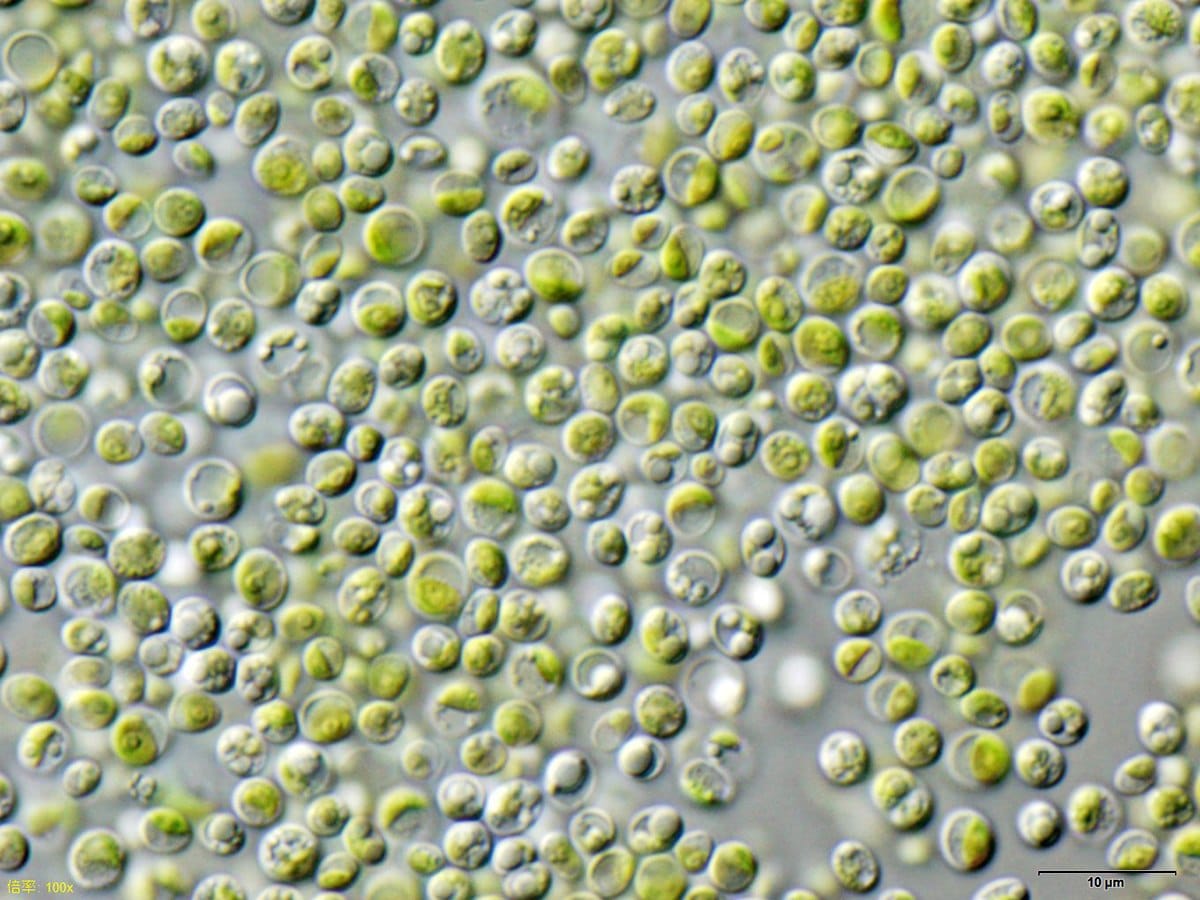 Chlorella belongs to the division Chlorophyta, this hails from the genus of the single celled green colored algae. It does not have flagella; it is a spherical shaped alga, of diameter 2 to 10μm. The green photosynthetic pigment representing chlorophyll-a and chlorophyll-b is present in its chloroplast.

During photosynthesis, it swells up quickly. For reproduction, the only things it needs are water, carbon dioxide, sunlight and some minerals.

It is a common belief that Chlorella serves as a prospective source of energy and food, since theoretically its competence in photosynthesis attains 8%, similar to the many very efficient crops like sugarcane.

The health effects of the green algae, grown in freshwater of the distant East, are known only to few, and it took a long time to reach the British medicine cabinets.

This tiny, green colored, unicellular Chlorella gives the rivers and lakes of Australia, and South East Asia their green tint, only when there is a mass cultivation of it. Prior to using it as a supplement, gather it, dry it and crush it into a fine powder, colored emerald green.

Then it is transformed into a tiny soft brittle tablet, smelling indistinctly of the sea.

Chlorella is the name obtained from the Greek word chloros, which signifies the color green, and in Latin minuscule suffix Ella signifies small.

Spirulina and Chlorella are the most available types of chlorophyll that is obtainable for consumption by humans and has a very good effect in detoxification. They are of help in removing heavy metals, many toxins and pesticides from the human body.

Increase alkalization: The normal diet of the Americans is highly acidic. Their diet comprises of sugar, meat and normally meals that undergo a lot of processes and the body pH level is supposed to exceed in its alkalinity, than its acidity. It is when the acidic level goes up, that disease crops up. For that reason, it is good to maintain the body near as possible to its alkaline level, for health reasons. It is believed that Chlorella and Spirulina contributes a lot to the alkalinity, as a whole.

The abundance of chlorophyll seen in Spirulina and chlorophyll has a close resemblance to the hemoglobin structure. Consumption of these two algae, prevents heart disease, high cholesterol and high blood pressure.

Microalgae generally give a healthy boost to the resistant power and aids in maintaining the healthy functioning of all the body cells. Besides, Spirulina and Chlorella are known as a good remedial measure for treatment of tumors, to restrain metastatic (the spread of a disease-producing agency like cancer cells from its initial disease site to a separate body part) and also to bring down the negative side effects received by patients while chemotherapy is performed on them.

Spirulina and Chlorella are besides having a rich content of proteins, the protein content is consumed by the human without any effort.

Healthy bacteria growth in the intestinal track is improved by the consumption of single-cell algae at a reliable level.

Despite of the fact that Chlorella production proved promising and also implicated inspired technology, it was not cultivated in time according to some sources. Also the sale has not happened on the scale of soya bean products, Spirulina or whole-grains. The high costs continued and the sale of Chlorella occupied the position of a healthy food item, as an animal feed and use for cosmetic purposes.