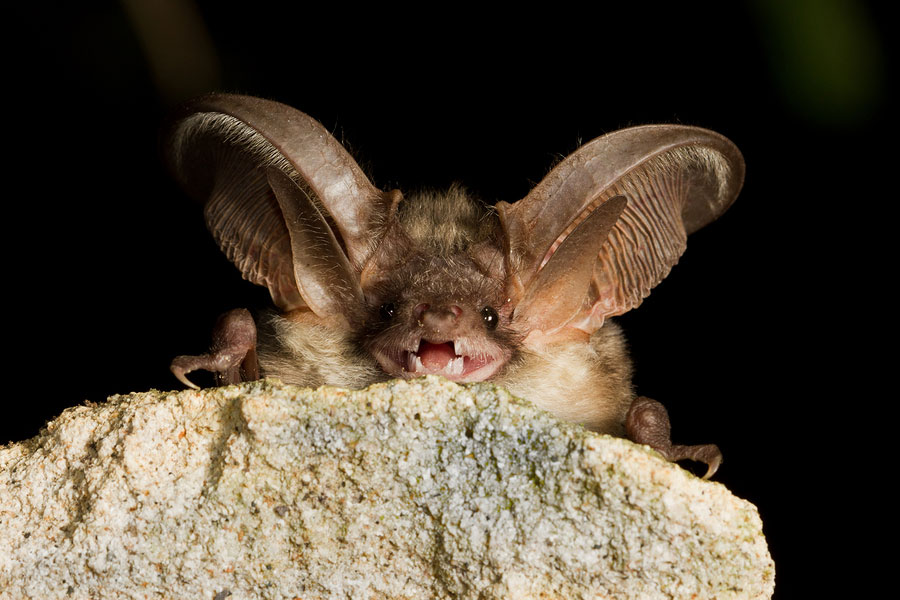 Myotis Septentrionalis, better known simply as the Northern Long-eared Bat, is located in different parts of the eastern portion of the United States, as long as they are heavily forested.  However, despite their wide distribution, they are also quite sparse.  There are many forested regions of Canada where you can find the Northern Long-eared Bat as well, such as Newfoundland, southern Canada, and British Columbia, among other locations.  In the United States, this bat can be found in North Dakota, South Dakota, Florida, and along some parts of the east coast.

In their choice of habitat, the Northern Long-eared Bats prefer forests that are boreal, wet and moist.  In certain parts of Canada and the United States, they are thus prone to roosting behind loose pieces of bark, within hollow trees, and in buildings.  This is especially true for females when they roost during maternity.  During hibernation, the Northern Long-eared Bat prefers altogether different locations.  They like to hibernate in caves and in mines which are located underground.

On average, the Northern Long-eared Bat weighs about seven and a half grams, though their weight can range between six and nine grams.  In general, their wingspan ranges from twenty-three centimeters to twenty-six centimeters; the average wingspan measures in at twenty-four and a half centimeters.  As far as length goes, most of these bats are just under eight millimeters (3 inches) long on average.  As the name of the bat implies, they do have very long ears, measuring between seventeen millimeters and nineteen millimeters.  Just like it happens with a lot of bats, the Northern Long-eared Bat is bat that includes sexual dimorphism.  All this means is that the females of the species are bigger than the males. The females breed in the fall months.  In general, they only have one pup  baby bat  at a time.  In fact, it is very rare for a female to give birth to more than one pup.  The average gestation period lasts fifty-five days, but it can range between fifty and sixty days.  Also on the average, the pups will be weaned from their mothers in thirty days.  Like most other bats, they do not choose one mate to stay with for life, or even from one breeding period to the next.

The Northern Long-eared bat is considered to be an insectivore.  They emerge just after the sun sets in order to hunt their prey.  They also hunt again right before dawn.  Their favorite insects are small and fly at night; they include caddisflies, beetles, moths, leafhoppers, and flies.  Sometimes, however, these bats are known to get prey while in a sitting position as well.