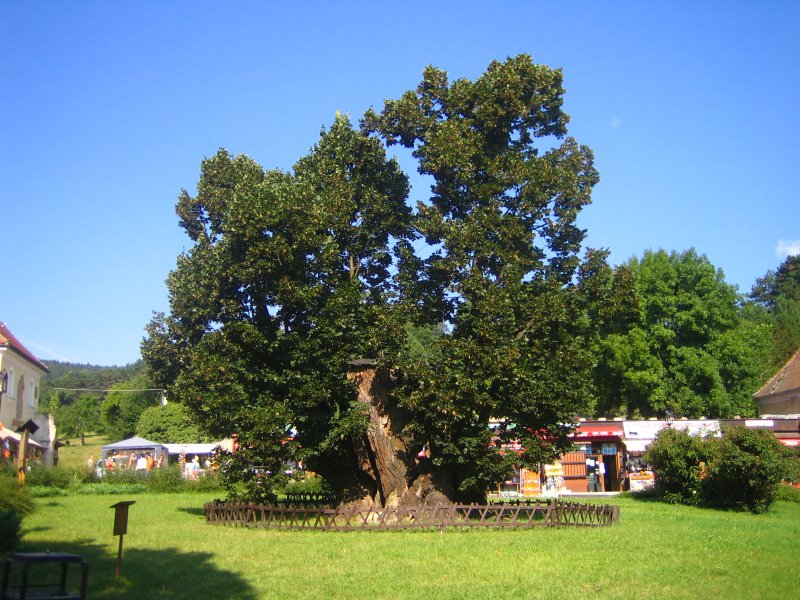 The tree belonging to the genus Tilia (otherwise called as basswood and lime) has three names, of which one is Linden. The genus Tilia is called by many names, however, all of them have Linden attached to their names, and they are:

These eye-catching Linden trees are quite suitable for landscape in the urban areas, since they are tolerant to all adverse conditions, including that of pollution.

In case the site available to you is large and sufficient enough for an average to a huge tree to grow and spread its branches, well, then, go for growing a Linden tree. This attractive tree possesses a slack canopy that gives you speckled shade below on the ground, facilitating the flowers and grass with the required shade and sunlight to grow under the tree. Linden trees are easy to maintain once planted with much care.

The genus Tilia comprises of thirty varieties of trees that are indigenous to the temperate zone of the Northern Hemisphere. In the British Isles, they are generally named lime trees; they have no likeliness with the lime fruit. Basswood and Linden are the other names by which they are called. Even though this is found in the Eastern regions of North America and the continent of Europe, the biggest range of this variety occurs on the continent of Asia. When it was classified under the Cronquist system, this genus was positioned in the group of Tiliaceae, however, the result of the research of genetics by the Group of Angiosperm Phylogeny was an amalgamation of this genus to Malvaceae.

These grand deciduous Linden trees are capable of growing to a height of 130 feet. The leaves of these trees are asymmetrical and in the form of a heart.  In addition, these species possess minute fruits in the shape of a pea, with a lot of seeds within, suspended from bracts that are yellow in color with a green tint.
The other characteristic features of the Linden tree are:

The majority of the linden trees are grown in Europe and North America; however, certain Tilia varieties flourish in Asian countries like Japan. Linden trees prosper very well in the US in states like: These Linden trees flourish in moist conditions where the soil is fertile; however, they are adjustable to clayey soils with sufficient drainage. Linden trees are frequently seen in the landscapes in towns, the shade they provide after a reasonable period of growth are rather a blessing. Linden trees are grown in arboretums, parks as well in residential areas since they obstruct the flow of wind and produce flowers with fragrance.

The ideal time to plant a Linden tree is during the fall when the leaves have shed; however, it is possible to grow linden trees in containers all through the year. For planting your Linden select a site where there is bright sunlight or limited shade, where the soil is moist and properly drained. The soil required for the growing Linden tree is one that is alkaline to neutral pH, however, mildly acidic soil is tolerated.

Linden trees are huge and their roots are widespread. Bear in mind to plant your Linden tree in away from buildings which are otherwise prone to destruction by its roots.

While planting the tree in the hole, do so in such a way that the soil line of your Linden tree is in level with the adjacent soil. While refilling around the roots, force down the soil periodically with your feet in order to eliminate air pockets.  Following planting, water the tree sufficiently well, In case there is a depression at the base of the tree, provide more soil.

Mulch your linden tree around the roots with shredded leaves or bark, pine needles, which are organic. The advantages of mulch are that it helps the soil to retain the moisture in it, suppresses the growth of weeds and maintains the temperature at the moderate level. While the mulch keeps decomposing, it supplies the required quantity of nutrients to the soil. Mulch your Linden to a height of 3 – 4 inches and withdraw it from the trunk by a few inches to avoid rotting.

When there is no rainwater, water the freshly planted trees once or twice weekly for the initial 2or 3 months. Retain moisture in the soil, without permitting sogginess.  Linden trees that are firmly on the ground require watering only when it is dry for a continuous period. By the end of June and the middle of July, the yellowish-cream flowers in star shape hang down underneath the mild-green colored branches of the Linden tree. Even though the flowers are not clearly visible, their presence is noticed by the strong fragrance they emanate by which the Linden tree is well-known in the kingdom of plants.

After the next spring season provide the freshly planted Linden trees with fertilizer.  Add 1” of decayed manure in layers or 2” of compost in layers about a portion that is double the canopy’s diameter.  You have the option of using a balanced fertilizer like 12-6-6 or 16-4-8.  Well settled trees do not require yearly fertilization. Fertilization is needed only in case there is insufficient growth in the tree or where their foliage is tiny and faded, according to the instructions provided in the fertilizer pack. Avoid using feed and weed products on the root system that are meant for lawns. The leaves of the Linden tree are prone to turn brown or deformed, as they are susceptible to herbicides.

An issue that you face in this tree is that insects are attracted to it. On the stems, and twigs of this tree we find insects that are scaly and cottony resembling growths that are fuzzy. Aphids deposit sticky sap on the foliage. Having a control on these insects located on these tall trees is cumbersome, however, the destruction that takes place on the tree is not permanent; the tree begins afresh every spring.

Lindens are woody trees; still they are attacked by aphids in case they are neglected. Even though these pests never create a permanent destruction of the tree, they give the leaves a coating of sticky nectar which is attracted by the wasps and bees.

A further danger is the cotton like maple scales, which seem to attack the Linden trees, even though they do not cause a total damage. These cottony scales are ugly and irritating, but not a dangerous one.

Little-leaf linden botanically called Tilia cordata is a moderate or huge tree that provide shade of a uniform canopy in residences, informal or formal landscapes.

American linden is also known as basswood, botanically named T. Americana. On account of its widespread canopy they are suitable for bigger areas like the community parks.

European linden botanically called T. Europaea. This tree is a beautiful and huge having a canopy that is pyramidal in shape. It is capable of growing to a height of 70 feet or exceeding it.  European Lindens are easy to maintain, however, they are liable to give growth to fresh branches that requires pruning the instant they sprout.

Uses of the Linden Tree

The name basswood is derived from the word “bast,” meaning “plant fiber used for cordage or textiles.” For untold thousands of years, Native Americans as well as Europeans obtained large amounts of a moderately strong fiber from the inner bark of this tree. This bast was used to make nets, woven bags and coarse coverings, and all sorts of rope, lashing, and binding. Compared to fibers of herbaceous plants like nettle, flax, and dogbane, basswood fibers are rather weak, but their advantage lies in their length and the great volume of fiber available, which is more labor-effective to work with for any use that doesn’t require great tensile strength.

By peeling the bark off of a basswood you can not only get fiber, but also food. Although the uninitiated. The cambium of basswood is utterly delicious. Cambium is not “inner bark” as many sources describe; it is the layer between the inner bark and the wood. The cambium is generally so thin it is almost impossible to find, but when the tree is in its growth spurt in early summer, it is much thicker than usual. At this time, if you peel the bark from a basswood, you will find a sweet, slushy layer adhering to the wood.

Another well-known product of the lindens is their flowers. Reputed to make the finest honey, basswood blooms attract swarms of bees. These flowers are sometimes collected and steeped to make tea, and both the flowers and flower-buds can be eaten raw or cooked.

Finally, the basswood is a fantastic tree for wildlife. It tends to become hollow, providing den sites for owls, squirrels, raccoons, and even bears. The tiny, pea-sized nuts it often litters over the forest floor are edible to humans, tasting like sunflower seeds.