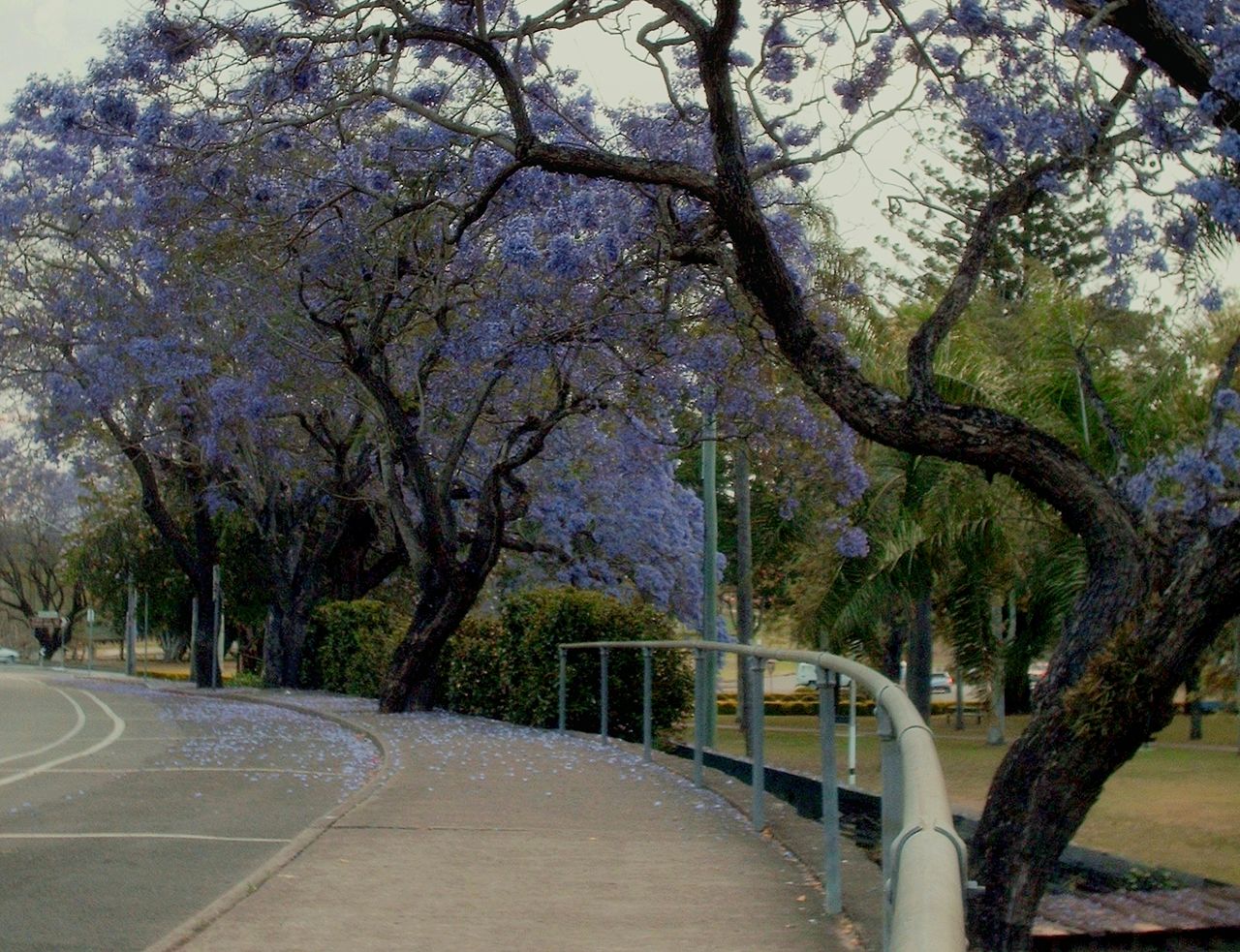 The Jacaranda is proud of its thrilling and passionate colors which nature presents. The reason why there is a demand for this tree is because the flowers of this tree bloom for around two months. Jacaranda is obtained at an affordable price, from the gardens where they are grown and from nurseries.

The genus jacaranda exists in 49 varieties of plants that flower; it belongs to the Bignoniaceae family, inhabitant of the subtropical and tropical provinces of South America, Central America, Hispaniola, Cuba, the Bahamas and Jamaica. It is widespread in Asia, particularly in Nepal. It was brought to the other subtropical and tropical provinces of the world. Jacaranda is known by its botanical name also.

People are of the belief that this name is originated from Guarani, which means fragrant. The explanation of the word Jacaranda was a complement to Mr. Chamber’s Cyclopaedia. Ist Ed., (1753). And as regards the Portuguese it is Tupi-Guaraniorigin.

The Jacaranda Tree creates magnificence in the tropical districts displaying its cluster of purple colored, trumpet shaped flowers that emanates its fragrance. This jacaranda tree is admired by all people. Apart from this, it is adjustable to arid conditions.
Anatomy

Its foliage is compounded pinnately, with fine textures, and each not more than 2.” Jacaranda is probably deciduous or partial-evergreen. The fallen leaves cause much of garbage.

Jacaranda is well known for purple colored trumpet shaped scented flowers in bunches, but these flowers when dropped leads to enormous trash.  The majority of flowers bloom towards the end of spring/summer, however, it flowers without any constraints in warmer locations.

The flowers obtained are varied and have white colors.

The fruits are 1 to 3“broad, with round pods, dry and brown in color.

Jacaranda adjusts to dry conditions; as such, they require a soil that is properly drained. Ensure that there is ample space for the roots to spread.

Jacaranda favors sandy soil properly drained, exhibiting their lavender flowers, if planted in bright sun. When compared to the others their growth is speedy, attaining heights of 60ft, and sufficiently wide. Their wide spreading branches cover the entire space. Even though Jacaranda grown from seeds take much time to bloom, they spread all over when planted by grafting or cuttings. Jacaranda thrives in properly drained soil and adjusts with drought and short duration of freeze and frost.

Many varieties are widespread in the form of decorative plants all over the sub-tropical provinces of the world, where they are appreciated for their passionate display of flowers.

Use your wisdom in selecting a site for your Jacaranda tree. An important aspect of the jacaranda tree, which several catalogues and nurseries do not mention is when the blooms fall, they occupy the floor completely in a thick layer, which needs removal before they get decayed and become slimy. Rake them in an afternoon, which is why several jacaranda trees are planted on the streets, thus permitting the useless blooms to drop on the street instead of on the yard.

Plant the jacaranda tree in a vacant space having bright sunlight and sandy soil. Retain moisture in the soil deep enough by using a hose pipe for 30 minutes and intermittently allowing the water to drain.

This beautiful tree is most of the time spread all over the courtyard like a canopy of lovely fragrant purple colored lavender each spring.

Prune your Jacaranda tree in order to make the trunk stable and strong.

If not, skip from pruning it, because pruning makes these trees shapeless as they are inclined to produce several vertical suckers. Thus, it is advisable to discard or damaged branches.

In the caring procedure of the Jacaranda tree, include pruning so that it displays its best form, exhibiting their blossoms. Trim the little branches at the beginning of spring. Snap off the vertical suckers retaining the central trunk and few important branches growing from the center. In order to avoid the splitting of the trunk by its weight, cut off the unnecessary branches.

In case the drainage of the soil is poor there is chance for mushroom roots to sprout. Jacaranda (mimosifolia) trees are liable to turn chlorotic and not produce sufficient chlorophyll if they are not watered to sufficient depth. The most frequently found is the Blue Jacaranda (mimosifolia) The other associates belonging to this genus are also of commercial importance, such as the Copaia botanically named Jacaranda copaia,  which on account of its remarkable lengthy bole, has gained importance in the use of its timber.