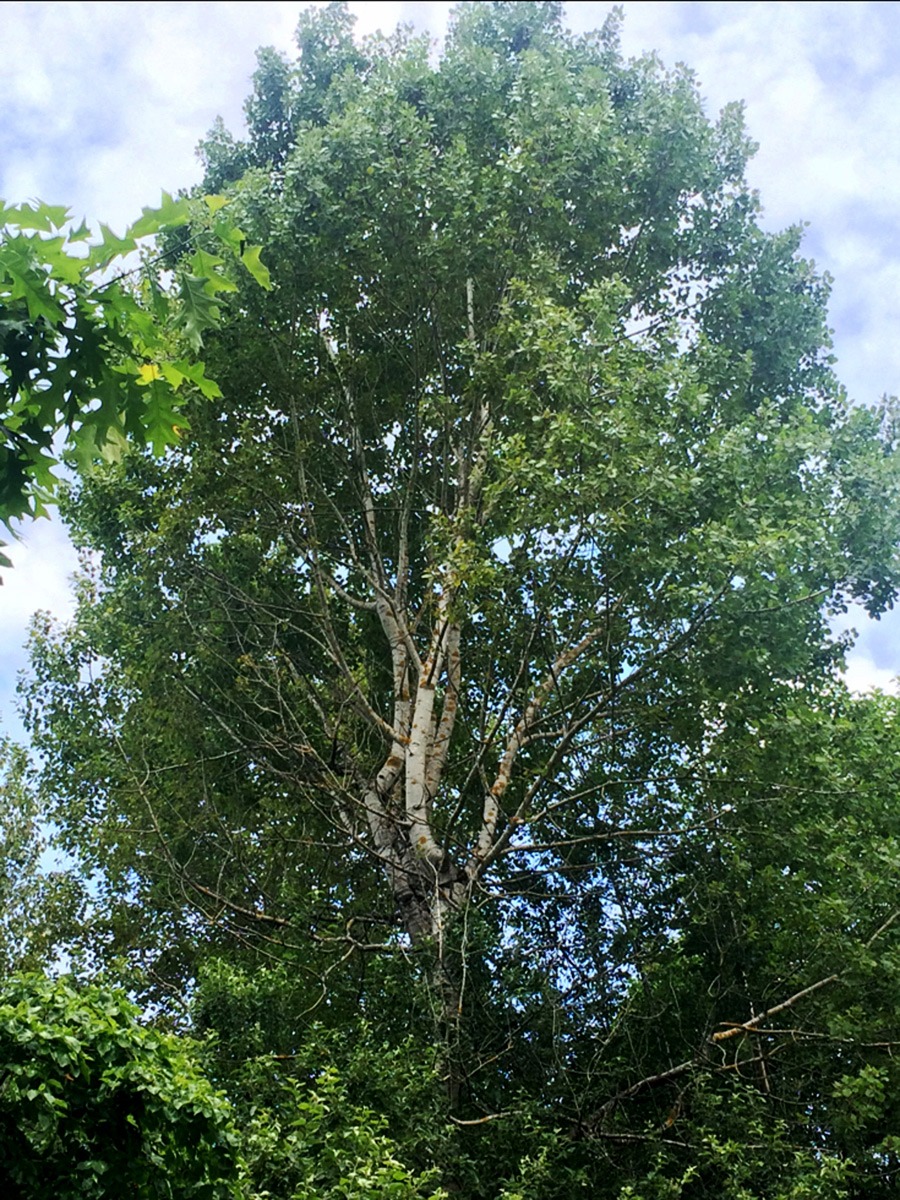 Birch is a hard wood, deciduous, and broad leaved tree from the genus Betula that belongs to the family Betulaceae. They also include the Hazels, Alders and The Horn Beams. The birch trees are closely related to the family of the oak and the beech trees. The genus  Betula has nearly about 30 to 60 taxas in which 11 are are facing threats. The birch is found in the northern hemisphere; they are a short lived species, and wide spread in these areas. They prefer boreal climates (Wiki_ “climate characterized by long winters and short, cool to mild summers”) and they belong to the temperate zones of the north. The tree has an eye like impression on the bark which gives it the name “watchful tree.” One of the outstanding characteristics of the birch tree is its bark and the graceful delicate foliage makes it more prized. All these characters make the birch plant more costly. The owners of the birch trees basically use them for ornamental purpose. But birch tree is difficult to maintain. Many species of the birch tree have started to decline. In few years of time and you can see many trees will die even before they reach the actual size and even before they are fully mature. Normally, a birch tree lives up to 50 years. In many cases the birch tree that is white in color will tend to die faster than the others. These trees are renowned for their special characteristics of their outstanding bark and their special leaves.  Many cultivators as well as the landscapers use these species.

The birch species belong to the temperate climates and they are range between small and   medium size. You can find them in the form of trees as well as shrubs. The leaves of the birch are simple and they are alternate and they are serrated singly or doubly, stipulate, petiolate and feather veined. We can see the birch leaves in pairs. They are normally borne lateral branchlets that are spur-like and two-leaved.  The female catkins shatter into many parts during maturity and they are not woody in nature. While they disintegrate into pieces, the seeds are thrown out of the catkins. We can see the branches of the birches as horizontal and we can see that they separate into tiny, slim paper like plates. These are seen especially on the paper birch. They do not get decayed because of the resinous oil that the bark of the tree contains.  We can see the buds during the mid of the summer. All these buds are laterally borne, so we can never see a terminal bud. The leaves of the birch plants grow only up to 3-6 millimeters and are mounted on the axils belonging to the scales of the upright catkins in the form of clusters that are three flowered.. The flowers of the plant have a monoecious character, and may grow before the leaves appear of along with the leaves. The small fruit of the birch  is called “Samara”.

The best quality of the paper birches can grow in a variety of soils. Any soil is suitable for the birches to grow in a proper form. We can see the birches in a large extent of flood lands as well as the rolling uplands and the terrain sites. On the contrary they can also grow on open slopes; blogs as well as in swamp margins and avalanche tracks.
The fact is that they cannot grow in the shade and they need sunlight to grow in a healthy manner, and consequently you can find them in young forests. These species are lived short and found in the northern hemisphere. They are more prevalent in the boreal climatic zones as well as the northern temperate zones. This tree is called as the watchful tree coz they have an eye like impression attached to their bark.

Water is the most important single factor that promotes the growth of the birch tree. The birch tree needs adequate water for a healthy growth. If rain supports them, that is the best alternative for them and if the rains are inadequate, then additional watering will be needed. Always maintain soil moisture for the plant to grow them healthily. While the plant grows we have to water them 2-3 hours and to a depth of 8-18 inches. This is needed once in a week for maintaining the soil in a wet condition. You would do well to water them heavily and regularly. The best you can do is to lay the hose on the ground and water them slowly. This will ensure water on the roots and thus the plant will grow healthy. This technique is good to keep the roots wet. If you take the soil in your hand and try to make a ball out of it and if you succeed, it indicates that the soil is moist with sufficient water. During the month of August you should taper down your watering to allow for   proper winterization of the tree. The Birch tree needs an average growing temperature of around 20 to about 30 degrees C. If the temperature is hotter, the heat can cause damage to the tree and even death, because the whole system of the tree will be damaged. If the climate is above 45 degree C, speedy destruction is certain. The normal functioning of the tree allows it to release heat and they can have enough of soil moisture available to them. How the heat dissipates is -The heat is reduced by the release of the heat into the air and primarily the water is released through the tissues.

There are many varieties of birch available in the world. They are the cherry birch. The Latin name of the cherry birch is Betula Lenta, a deciduous tree of medium size growing to 66 feet or 20meters in height and about 2 feet or 60 centimeters in diameter. They like a fully sunny exposure with very little shade. The next variety is the Dahurian Birch. Their Latin name is the Betula Avarice. Their preferred hardiness zone is zone 5. They grow 40- 60 meters tall. They need full exposure to the sun. Apart from these, the other varieties are the Downy Birch, Dwarf Birch, Himalayan Birch, Japanese White Birch, Paper Bark Birch, River Birch, Silver Birch, Water Birth, Weeping Birch, and the Yellow Birch.

Birch trees grow well in soils that are acidic. But some species like the white barked birches grow healthy in alkaline soils. The alkaline soils are best suited especially for the paper birch. Even if the soil is little alkaline it can be converted to acidic by mixing or adding s few supplements, even in which case, it is difficult to maintain the pH till the tree dies. There are some nurseries and some county extension offices where you can get the soil test are done to find out what kind of soil you have. Not all birches are suitable to be planted everywhere. In areas were water drainage is high or places where there are chances of floods are strong you should restrict the planting to the heritage River Birch that are adaptable to water. Most of the plants including the birch trees prefer a soil that is neutral.

The birch leaf miner is the biggest enemy of the birch tree. The larvae of the birch leaf miner attack the leaves of the tree in search for food and nutrients. As soon as you see a green spot on the leaves you should understand that the leaf is suffering an attack by these pests. This is usually seen during the period May and June. A minor infection cannot kill the tree but it is obvious that it will weaken the tree to a great extend.

The wood represents the beauty of the birch; so take good care of them, and you have a good harvest. As a responsible citizen you should make a healthy and suitable balsam from the resources available. Proper pruning is also needed for the plant to grow healthy before you harvest them. Most of the trees are harvested during the months of October and December.

Uses of the Birch Tree

As Medication
By all standards the Birch proves its use as a detoxifier and tonic. Birch is an excellent remedy for problems of urinary tract infections that affect the urethra, ureter, the bladder and the kidneys. Its use as a diuretic for increasing urine output is well documented and its ingestion along with plenty of water constitutes what is known as the “Irrigation Therapy.”

They also use it for treating achy joints, arthritis, hair loss and rashes on the skin, not to speak of the blood curing process called ,”Spring Cure.”

As Sap
Birch sap is the sap of the birch and people in the Northern hemisphere, the Boreal regions and in China use it to ferment a traditional beverage.

As Wood
Two factors contribute to the success of the birch tree wood- its configuration that makes it easy to work with and its very reasonable price. Many people use it as a craft-wood in diverse woodworking projects. Additionally, they are considered excellent ornamental trees and a pleasure to see. Many toy parts are made from its wood. It is used in pulping for paper, and also for making high class furniture. It also makes for excellent firewood.