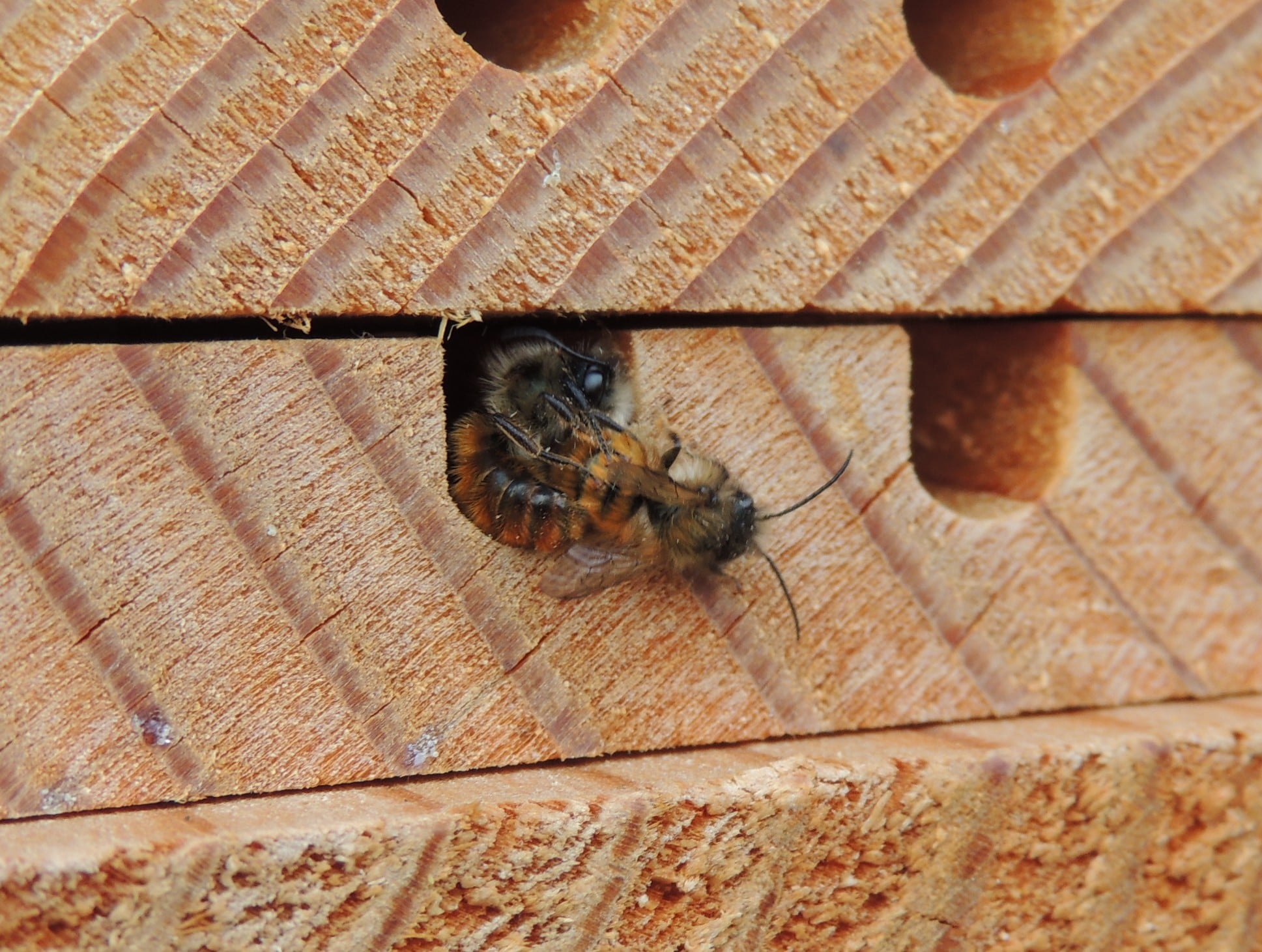 The mason bee is known for being the solitary bee. This bee can build a solitary nest all by itself out of mud or plant fiber that has been chewed to paste. The mason bee is smaller than a honey bee, but they have stout bodies and are usually a metallic green or bluish in color. This is one of the main reasons why the mason bee is so sought after – the colors on this bee are simply amazing and while they are usually found only in the western region of the United States, they have migrated their way to other parts of the northern hemisphere.

There are roughly one hundred and forty species of mason bees found in North America and over two hundred species of mason bees found worldwide. The mason bee is also one bee that is pretty mellow in its attitude and really only stings when it feels it is being threatened. Otherwise, this is one of the mellowest bees in the world. It is similar to the ground bee that does not sting even if you wreck its nest with a garden hose.

Many of the reasons that mason bees are so popular in the United States are because they are excellent for pollinating. These amazing bees can pollinate with the best of them, one female mason bee can pollinate up to two thousand apple flowers a day. For this reason, mason bees have been dubbed orchard mason bees and many orchards have taken to harvesting these bees and letting them loose on their orchards in order to have them pollinate their entire orchard.

Narrow holes, tubes and mud all make great places for these female mason bees to lay their eggs. A female mason bee might inspect the same place several times before she decides that she can nest there. It is all part of the cycle of finding the perfect nest to lay all of her eggs in. Many gardeners will buy ready-made mason bee houses to encourage them to visit and stay in their gardens