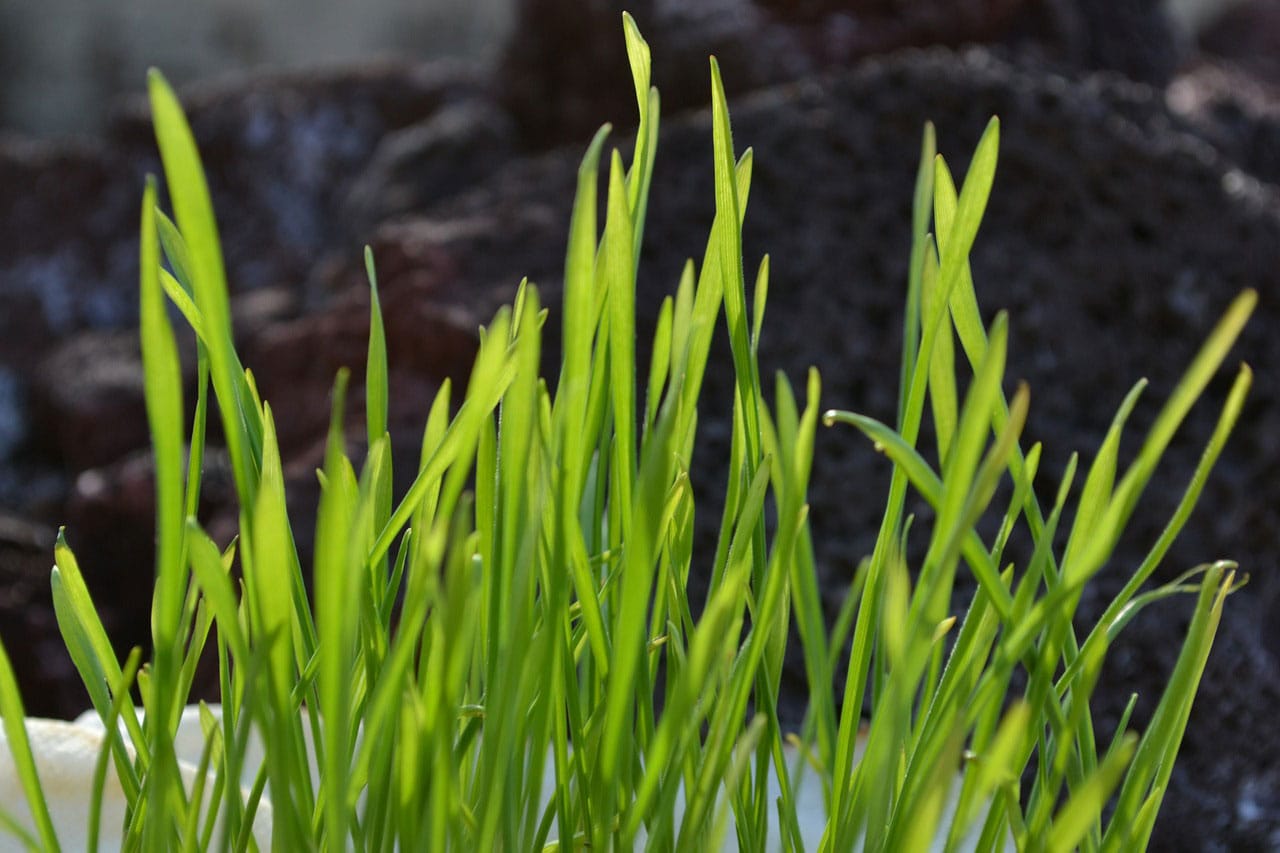 Wheatgrass is a food which is prepared by the cotyledons of the wheat plant. Wheatgrass is also known as Couch Grass, Dog Grass, Durfa Grass and Agropyron. Its roots and rhizomes are used in making medicines. It is used as a good source of nutrients because it contains Vitamins A, C and E, Calcium, Magnesium, Amino Acids and Iron. This plant has anti-oxidant and anti-inflammatory properties. Its juice is powerful, concentrated liquid and a fine, healthy medicine of nature.

Wheat grass has been used for 5000 years by the ancient Egyptians. In the Western world its consumption began in 1930. Its diet was developed by the Boston resident Ann Wigmore, she believed that its value came from the interpretation of the Bible and she also reminds us that dogs and cats eat grass when they feel ill.

Wheatgrass is native to temperate regions of the United States and Europe. It is also found in the cold, dry, plains of Western Siberia, Central Asia and Eastern Russia.

At home, you can grow Wheatgrass plants by sowing seeds in a container or a tray. It can be grown easily. Seeds have to be spread in every layer properly. To germinate it takes 12 to 18 days.

Wheatgrass requires regular and deep watering. While sowing seeds, each seed should be sprinkled properly. Over watering is not good for the plant because it renders the soil soggy and the roots could rot.

Wheatgrass requires care from direct sunlight. It requires moisture in the soil and partial shade. It requires fertilizers for best growth. Wheatgrass should be covered with damp paper tower to retain moisture.

When the grass is about six inches tall or its shoots are mature, then it is harvested by the scissors.

Pests such as Grasshoppers, Ergots and Stem and Leaf Rust affect the wheatgrass, but they do not cause any serious damage to the plant. Smut disease affects the growth of the plant.

Wheat grass is used to treat many conditions. They use for increasing production of a chemical in red blood cells which carries oxygen and hemoglobin. It is used to improve disorder of blood sugar and wound healing; it prevents tooth decay and bacterial infection. Wheat grass is used to treat infection of the bladder, Urethra, and prostate and disorder of the urinary tract. It is also used to treat cough, common cold, fever, sore throat, liver disorder, joint pain, bronchitis, gout, respiratory problems and skin problems. The juice of this plant is a popular health drin k and it is very beneficial when taken fresh and on an empty stomach. It improves digestion. In beverages and food,  it is used as a flavoring component. This plant contains a lot of chlorophyll and it is useful in the treatment of arthritis and cancer.  Its juice helps in cleansing of skin.